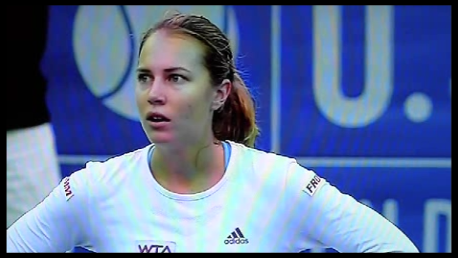 The First Stage of Grief:  Stupefaction 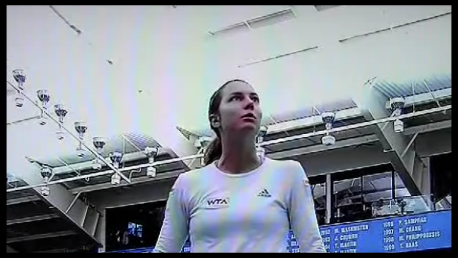 Finished by the Placing of the Secret Swiss Curse

Poor Stefanie Voegele. She was robbed of a point and had her concentration irretrievably broken at 4-4 in the 2nd set in Memphis today. Voegele had crawled back in the match after dropping the first set, and the worst display of short term memory loss by an official couldn’t have come at a worse time for Voegele. She returned a serve and it landed in play. The linesman called Erakovic’s serve wide, but the replay challenge showed it in. Instead of replaying the point, Chair Umpire Gigi Gregory called the point for Erakovic.

This made no sense, of course, but the result clearly altered the outcome of the match. Voegele’s coach, Ivo Werner, apparently directed strong words toward the Chair, as in calling Gregory a ‘fat b**ch”. While it’s not acceptable to use profanity at a tennis match unless you’re playing, a colossal umpire goof-up of these proportions could leave a lot of people momentarily forgetting their filters. This has to go down as the worst officiating call in history, and that’s saying something, since we survived the first part of the NFL season with replacement referees.

Tough break for Erakovic too, because it took the spotlight from another solid effort on her part. She’ll be a big underdog tomorrow.

Sabine Lisicki eked by an agressive Magdalena Rybarikova 7-5, 7-5. More likely, Sabine stole the match. In the take advantage way and not the mugging way like Voegele got from Gigi Gregory. Rybarikova served for both sets at 5-4 and lost the following three games in each set to lose at 5 and 5. She also looked strong this week but will probably be remembered for not being able to hold her nerve than anything else.  Lisicki is a clear favorite for the title and is on to her second straight final in a row. 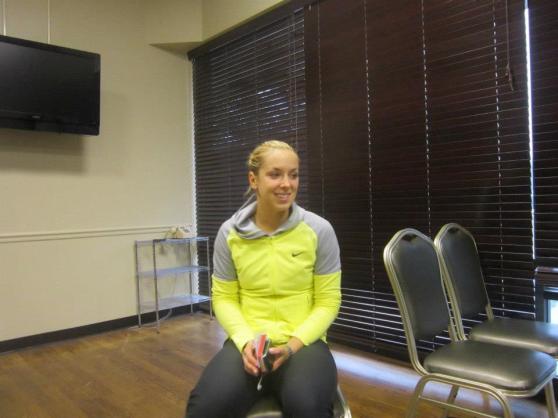 On Sunday, I picked Sabi to win it all in Memphis. Barring a major letdown on her part or another Gigi Gregory ‘Moment to Forget to Remember’, she’ll be holding the heavy hardware tomorrow night.