Well, folks, it’s that time of year again where we start to talk about the biggest little tournament in America. That’s the USTA Australian Open Wild Card Playoffs to you and me, to be held for a fifth straight year at Lifetime Fitness and Tennis in Norcross, Georgia from December 20-22.

Today, White Plains announced that Victoria Duval will be ‘highlighting’ the field in Norcross next month. Duval is always a highlight, but the press release seemed to overshadow the three other players ranked higher than Duval who are also committed to the event.

Considered common knowledge among USTA insiders (I am not), the usual field for these playoffs involves players ranked from approximately #120 to #160. 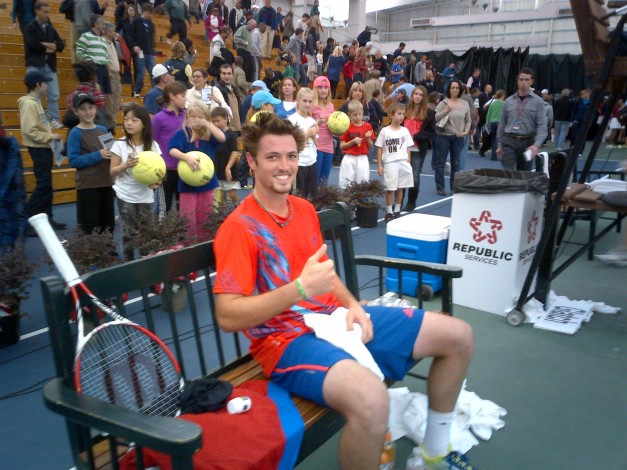 If that is any guide, then Rajeev Ram (#127), Rhyne Williams (#130), Wayne Odesnik (#138), Alex Kuznetsov (#141) and Steve Johnson (#157) should all immediately book the $43 Priceline Express Deal for the Atlanta Mariott Norcross, the official hotel of the Wild Card Playoffs. Seriously, if you’re thinking about going too, it’s the Norcross mystery hotel with 3.5 stars and 8+ on the reviews. It’s half the price of the current player rate.

Since the only prize money for this event is awarded by Tennis Australia to the winners once they get to Melbourne to compete in the main draw, the other 14 who participate in Norcross need to save all the money they can to pay their own way Down Under for qualies. Thank me later.