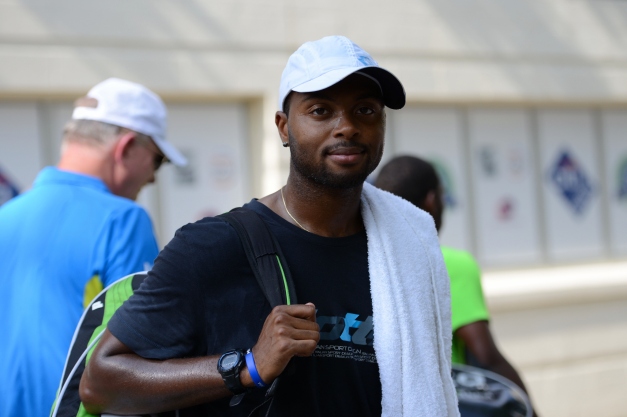 I’m shocked and disappointed, Ryan Harrison, to hear you tell me how you really feel about me as a black tennis player in the middle of our NY match. I thought this was supposed to be an inclusive gentleman’s sport.

The accusations made by Donald Young tonight following our match are absolutely untrue. I’m extremely disappointed that someone would say this in reaction to a lost tennis match. Any video/audio will 100% clear me and I encourage anyone with the available resources to find it.

UNIONDALE, NEW YORK–Everyone knows there was some kind of disagreement last night between countrymen Ryan Harrison and Donald Young during Harrison’s 6-3, 7-6(4). Since no one requested Donald Young in the press room for a post-match conference, we’re left with serious allegations on a dangling tweet. While many are piling on Harrison and have twitter-convicted him of likely making a racist statement to Young based solely on his past on-court ranting, Harrison downplayed any controversy in his post match press conference only to discover the Young tweet long after the matches had ended at the old Nassau County Coliseum. The Young tweet was sent at 12:03 a.m. and Harrison responded at 12:47 a.m.

Harrison Signing Busted Racquet for the Fan who Snagged It.

Twelve hours later, it was a ghost town of information at the tournament. Press doesn’t bump into players here every minute. The athletes are cloistered away in the basement of the Coliseum or better yet, they’re in their rooms in the Marriott just across the parking lot via an underground exit. Harrison teams up with Stevie Johnson this afternoon in doubles against Scott Lipsky and Divij Sharan. With a win, Harrison might be able to give us clues as to what may have been said by him that could have caused offense and harm to Young, even in a distorted context. Otherwise, most of us will have to wait for Young to play doubles tomorrow to get more information. Harrison and Young are each one doubles win away from facing each other on the other side of the net again at the New York Open.

I’m personally tired of politics and tennis together on twitter. I go to sports to escape reality. In my 40-something reality, I can’t even imagine a hot-head like Harrison ever saying something remotely racist on court to, of all players, an American teammate. I am not saying Young is a liar by any means. Both of the players are credible and I’ve enjoyed watching them over the years without regard to their personal politics. My brain has to err on the side of a big-time misunderstanding, because a racial taunt in our sport should never be tolerated and Team USA has never attacked one of their own like this. Part of the twitter “evidence” against Harrison is a statement he may have made at a prior tournament where he used a disparaging term against a German player. Well, “F*ing German” and these accusations are completely different. I’m desperately trying to get information from anyone who may have heard anything last night. Even the security staff in the building who were court side during last night’s match claim they heard nothing and none were aware of the resulting controversy on social media. As I write, Steve Johnson won the first set of his singles match, 6-1, meaning we’re closer to the moment that Harrison can address this matter and Americans can get back to winning matches in New York.

EDIT: I just spoke with a leading American player who indicated that he’d never sensed any animosity whatsoever between Young and Harrison and also lamented the twitter trial and conviction.