Only 1 Seed Qualifies at ATP Acapulco 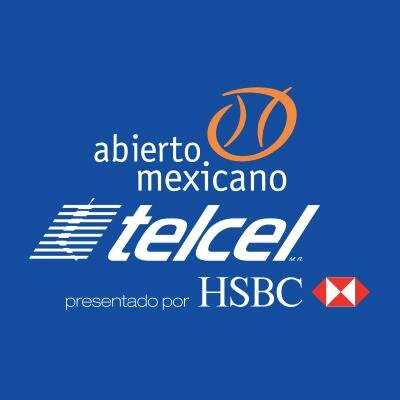 The final round of qualifying at the ATP Abierto Mexicano Telcel Open commenced today with only one seed managing to reach the main draw.

Third seed and world number 92 Alejandro González booked his place in the main draw following a  6-4 7-6(7-3) win over Jimmy Wang. The first set consisted of numerous breaks of serves with Gonzalez dropping his serve twice as Wang dropped three of his first four service games.

After losing the first set, Wang did have the opportunity to make a comeback as he opened up a 3-0 lead in the second set, however, it soon disappeared as the third seed battled back to even things up as the set went into a tie-break. In the tie-break Wang furthermore faltered four times on his serve as the Colombian took full advantage to secure his place in the main draw.

Ryan Harrison qualified for the main draw of an ATP event for the second consecutive time as he eased past Michael Russell. Harrison, who entered the draw as an alternate, enjoyed an impressive win over Alejandro Falla in the first round before today. This is now the fifth time that Harrison has beaten his fellow countryman since 2009. The 22-year-old is currently ranked 169 in the world which is over 100 places below is career ranking high of 43 which was achieved back in 2012.

One of Australia’s biggest future hopes, Thanasi Kokkinakis, had to come from a set down before squeezing his way past the experienced Alejandro Falla. During the two hour and 43 minute match the Aussie battled to a 4-6 6-3 7-6(7-3) win. It’s the second event in a row Kokkinakis has qualified for (qualifed in Delray Beach) and he is edging closer towards the top 100 mark, he is currently at a career ranking high of 138 in the world. Following his win,  Kokkinakis wrote about his win on Twitter.

Man..feels good to get that win, wasn't pretty but a tough grind in tough conditions 3rd ATP quailes in a row #hustle pic.twitter.com/WoONEvbztc

Finally, rounding off the qualifiers was Austin Krajicek. Krajicek, a distant cousin of 1996 Wimbledon champion Richard Krajicek, came in the draw with a good amount of confidence. During the Memphis Open at the start of the Month, the American qualified for the main draw and the produced surprise victories over Mikhail Kukushkin and Ivo Karlovic. In the final round today he produced a straight sets win over fourth seed Aljaz Bedene.

Main Draw matches for the qualifiers

Alejandro González v Kei Nishikori (1) – This will be the first time they have played each other on the tour since 2006!