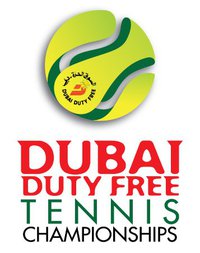 World 349 Fabrice Martin caused the biggest shock of the entire qualification tournament at the 2015 ATP Dubai Duty Free Tennis Championships with a 6-3 6-7(5-7) 7-6(7-5) win over second seed Borna Ćorić in their final round qualifying encounter. Going into the final qualification round Martin had beaten 7th seed Evgeny Donskoy in straight sets. At the start of the match Martin swiftly took control of things as he took the first set 6-3 after only 30 minutes against world number 85 Coric. Coric, one of the most promising young players on the ATP tour, responded more positively in the second set as he charged to a 4-1 lead. The lead was then gradually evaporated by Martin as he clawed his way back to level the set at 5-5 before forcing it into a tie-break. The tie-break consisted of a series of lost of service points for both players (7/12 points played) before Coric was finally able to take the tie-break with his second set point. Fortunately the serving issues in the tie-break wasn’t prevalent in the final set as both players remained solid on their serve throughout to force it into yet another tie-break. In the final tie break there was one break of serve, however, it was the most vital point. Serving 3-4 down Coric was broken by Martin to open up a mini lead. Coric was unable to narrow this lead as the Frenchman went on to take the match. This is now the first time in Martin’s career that he has qualified for the main draw of any ATP event (250 and over) at the age of 27. He also broke a 7 match losing streak in all tournament matches going into the tournament.

The UK’s James Ward continued his quest to reach the top 100 in the ATP rankings for the first time in his career with a hard fought win over Marius Copil. The British number two had to come from a set down before edging Copil out 6-7 (3-7) 6-4 6-4 during a match lasting just over two hours. After being edged out in the first set tie-break, Ward remained consistent on his serve as he didn’t drop a single service game in the following two sets. Ward is currently ranked 106 in the world and is edging tantalizingly close towards his top 100 goal.

Like Ward, 20-year-old Frenchman Lucas Pouille also had a testing match against world 256 Laslo Djere. In the first round Djere stunned the top seed, Jürgen Melzer, in three sets to set up a showdown against Poullie. Djere looked once again on course to produce another upset as he took the first set in a tie-break and was 3-1 up in the second set. Things then started to rapidly unravel for the Serbian as Pouille broke back and won five consecutive games to force the match into a deciding set. In the final set both players serves were fragile with three consecutive breaks of serves (two for Djere and once for Pouille). Pouille finally held his serve as he edged to a 3-1 lead to at last get a strong foothold in the match. Then yet another falter on the Djere serve gave the Frenchman yet another break as he cruise to take the match 6-7 (3-7) 6-3 6-2.

Finally joining Martin, Ward and the in-form Pouille in the main draw will be Marsel İlhan. Ilhan is the only player to have qualified for the main draw without dropping a single set. In the final round Ilhan faced 35-year-old Jan Hernych. The Turkish tennis player dropped his serve only once as he took the match 6-4 6-4.

Martin will face Andrey Golubev in the main draw, while Ward will face Feliciano Lopez, Pouille will face Simone Bolelli, and Ilhan will face Alex Zverev.