The final stop before the Australian open sees the WTA tour stop at Sydney and Hobart for a pair of events leading up to the first Grand Slam of the year. Here is a break down of the draws for this week’s tournaments.

Angelique Kerber and Agnieszka Radwanska look to put their disappointing opening weeks of the season in Sydney. The world number one and three are the top seeds in a stacked field with six of the worlds top ten competing.

Top Quarter:
Kerber lost out in a three set battle with Svitolina last week and is in search of form as she heads to Melbourne to defend her Australian Open crown. As the top seed, the German has a BYE into the second round where she will face either Daria Kasatkina or Timea Babos. Both present different challenges as the Russian is known more for her consistent baseline play whilst the Hungarian has a big serve and powerful ground strokes. Johanna Konta saw a potential title win slip from her fingers in Shezhen last week, but 2016’s most improved player will look to right that wrong in Sydney. She has a good path to the quarter final with Daria Gavrilova being the most difficult possible opponent. The Brit has what it takes to beat the world number one, but Kerber might prove to be a little too good like in the Australian Open last year.

Second Quarter:
Dominika Cibulkova was another contender for the most improve player of 2016. Her excellent year saw the Slovak finish fifth in the world rankings and win the WTA Finals in Singapore. Cibulkova is a former finalist in Melbourne and a good run in Sydney will go a long way towards rekindling that form. Laura Siegemund is the opening opponent with the winner of Eugenie Bouchard vs Shuai Zhang awaiting in round two. It is a good draw to the quarter finals for the third seed where she could face Svetlana Kuznetsova. The Russian meets an out of sorts Irina Begu in the first round before facing either Anastasia Pavlyuchenkova or Sam Stosur in round two. A potential Kuznetsova vs Cibulkova match could be interesting as these two are dark horses for the Australian Open title.

Third Quarter:
Karolina Pliskova was the player of the week as she crusied to the Brisbane title to kick start her 2017. That sort of hitting will make her one of the favourites for the Australian Open, but first she must tackle the Sydney field. The fourth seed faces Sloane Stephens in a difficult round one match-up. Fellow Czech Barbora Strycova or Ekaterina Makarova await in round two before a potential rematch with Elina Svitolina in the quarter finals. The Ukrainian will feel a little de-ja-vu where she meets Monica Puig in the first round. The second match could see a battle of the youngsters with Belinda Bencic who is still looking to re-climb the rankings after an injury filled 2016. The chances of a Pliskova-Svitolina rematch are fairly high, but a change in result is unlikely if their Brisbane match is anything to go by. Pliskova was fairly dominant in that match and Svitolina did not offer much resistance.

Fourth Quarter:
Radwanska’s main goal in 2017 will be the break her Grand Slam duck and it seems like this year might be her best chance yet with the dominance of Serena Williams no longer having a stronghold on the tour. The Pole needs to head into Melbourne with good confidence however, and winning Sydney will do that no harm. Radwanska gets a BYE into round two where she is scheduled to face either Roberta Vinci or a qualifier. A match with the Italian could be quite the slice-fest if it is to happen. Elena Vesnina will look to bounce back from her disappointing defeat in Brisbane in Sydney as she enters as the sixth seeded player. She faces big serving Coco Vandeweghe before likely meeting Caroline Wozniacki in round two, it could be another early exit for the Russian. It is hard to see past Radwanska making it through the section if playing well though. I can see her getting through Wozniacki in the quarter finals to set up a semi final clash with Pliskova.

It is hard to predict events before Grand Slams because the top players are liable to withdraw if they feel any sort of knock or fatigue. Pliskova went all the way In Brisbane so it is hard to see her going too far here ahead of the Australian Open. Kerber will also have her sights set on defending the title there and could withdraw too.

Cibulkova has the power to hit through Radwanska but does she have the consistency to keep it up and in the match? The Pole is difficult to beat and I see her coming through this week. 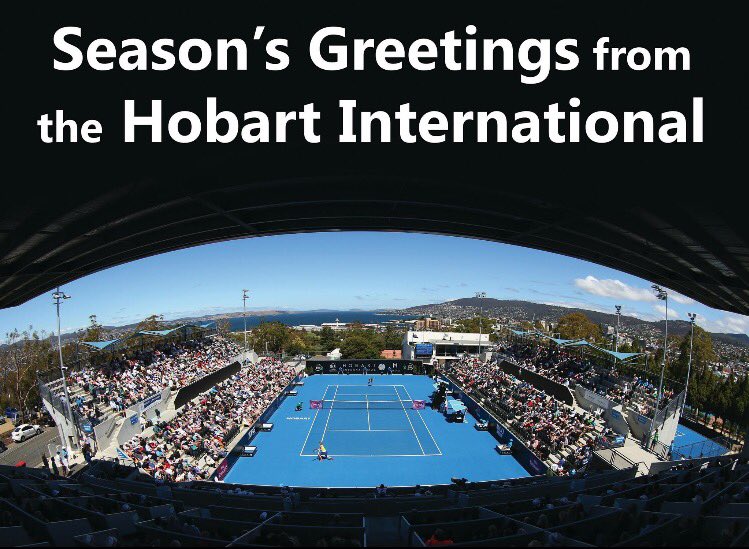 Hobart rarely boasts the same calibre of players as Sydney, but it is seen as a good opportunity for a young title winner or a lower ranked player to claim WTA success. Kiki Bertens is the top seed here, let’s get to it.

Top Quarter:
The top seed faces Germany’s Annika Beck ion the opening round of Hobart. Beck is a consistent player from the baseline so the Dutch player will have to work for her victory. Galina Voskoboeva or Pauline Parmentier will await the winner. Kristina Mladenovic heads to Hobart off the back of a good Hopman cup run. The French woman struggled in 2016 so will like to kick off her first WTA tour action with a good run in Hobart. She faces qualifiers in her first two matches before likely meeting Bertens in the quarter finals.

Second Quarter:
Japan dominates the second quarter with the two seeded players in this section being from the land of the rising sun. Misaki Doi will be expected to get past Lizette Cabrera and set up a potential clash with Francesca Schiavone in round two. Naomi Osaka is the other seed and is involved in arguably the pick of the round one matches with Andrea Petkovic. The Japanese could see Hobart as a good chance at claiming a first WTA title and will be many peoples favourite to get out of the section providing she is fit enough after withdrawing from Brisbane last week.

Third Quarter:
The third quarter is packed with former Grand Slam finalists and top ten players, but the top seed in the quarter is Monica Niculescu who faces Jelena Jankovic in the opening round. The winner will likely meet another tricky player Kirtsen Flipkens in the second round, but they will both feel confident they can overcome the Belgian. Speaking of former Grand Slam finalists, Sara Errani and Lucie Safarova are on a round two collision course. The winner is likely to face either Niculescu or Jankovic in the quarter finals.

Fourth Quarter:
Alize Cornet started her 2017 season with a final run in Brisbane. The Frenchwoman is looking to re-find her top 20 form and defending her Hobart title will help achieve that goal. Cornet faces big serving twin of Karolina Pliskova, Kristyna in the opening round. Lesia Tsurenko or Johanna Larsson await the winner so it is a tough draw for the defending champion. Anastasija Sevastova’s run at the US Open was one of the stories of 2016, but the Latvian will not settle for that, she will look to kick on and win titles. As the second seed here she has a good chance of doing so, but first she must beat Shelby Rogers then Lara Arruabarrena or a qualifier before potentially meeting Cornet in the quarter finals.

Safarova will be keen to re-climb the rankings this year and a good run in Hobart is a good place to start. Cornet might be a little tired after a good run in Brisbane the week prior. Doi vs Bertens would be a close match but I see Bertens just edging that and making the final.

On her day I feel that Safarova is just the better player, and given her wider big match experience I expect the Czech to win this final if it is to happen.