Novak Djokovic continued his momentum from the US Open, winning ATP Shanghai without dropping a set to claim his second ATP Masters title of the season. Djokovic eased past Borna Coric 6-3 6-4 in the final after dispatching Jeremy Chardy, Marco Cecchinato, Kevin Anderson, and Alexander Zverev with ease. Djokovic didn’t face a weak field, but he wasn’t bothered through five matches. Djokovic has now won 18 straight tour level matches as he’s won three tournaments in a row.

Coric reached his second final for 2018 and his first ever Masters final, after dropping a set against Stan Wawrinka, he defeated Bradley Klahn, an exhausted Juan Martin Del Potro, Matt Ebden, and Roger Federer to reach the final. The win against Federer one of the most notable of his rapidly rising career.

Qualifier Daniil Medvedev took the ATP 500 title in Tokyo, it’s the third title for the young Russian in 2018 and this time he upset home hero Kei Nishikori 6-2 6-4 in the final. Medvedev dropped a set in qualifying but in the main draw he couldn’t be touched. He defeated Diego Schwartzman, Martin Klizan, Milos Raonic, and Denis Shapovalov to reach the final without dropping a set, crushing Canadian hopes in consecutive matches.

Nishikori didn’t drop a set prior to the final, Yuichi Sugita, Benoit Paire, Stefanos Tsitsipas, and Richard Gasquet all lost to him in routine fashion. It’s Nishikori’s second ATP final loss in 2018 as he is still without a title this season.

Georgia’s Nikoloz Basilashvili won his second ATP title of 2018 6-4 6-4 against Juan Martin Del Potro in the ATP Beijing 500 final. Basilashvili has had a career year as he came back from a set down against Jack Sock to win in three sets, then defeated Fernando Verdasco, Malek Jaziri, and Kyle Edmund in straight sets.

The favored Del Potro reached his 6th tour level fina lof the season, getting a walkover in the semis against Fabio Fognini after previously defeating Albert Ramos, Karen Khachanov, and Filip Krajinovic without dropping a set. 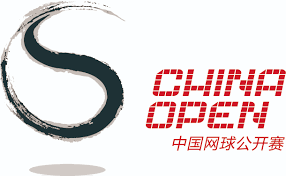