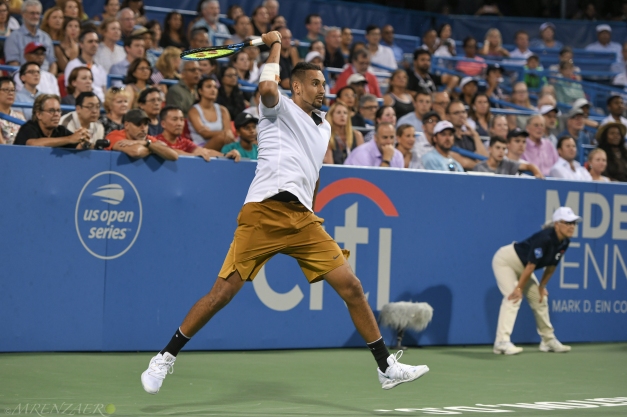 The Citi Open continues to reimagine tennis on a whole new scale.

Three months after the pro tours suspended their seasons due to the COVID-19 pandemic, the ATP and tournament officials announced today that the professional tennis tour will return to the world stage with the Citi Open in Washington, D.C. from August 13-21.

“After what will be a five-month shutdown, we are thrilled that pro tennis will resume in Washington, DC at the 2020 Citi Open.” said tournament chairman and CEO of MDE Tennis Mark Ein. “Our team has completed an exhaustive effort to explore, design, and refine the health and safety protocols necessary to host the event. After this extensive collaboration with a full range of our stakeholders, it is an extraordinary and unexpected honor to host the comeback of our great sport right here in our backyard.”

The Citi Open will be the ATP Tour’s first sanctioned event since February and will mark the end to the longest hiatus in the Open Era. Conversations with the WTA Tour about returning in DC the same week this summer are on-going.

Founded in 1969, the Citi Open is the fourth longest-running pro tournament in the United States. This summer marks the 52nd consecutive year the Citi Open will be played in its original home of Rock Creek Park.

“This has been a very tough year for so many people in our community and our nation, and we hope the return of a great Washington summer tradition will give people something to look forward to,” said Ein. “Building on the event’s long charitable history, we are planning to use the tournament to help some of those people most impacted and shine a light on some of our many local heroes.”

The tournament is working closely with local officials on the health and safety plan in order to secure all the necessary permits and approvals for the event. The current plan is for the Citi Open to host this year’s tournament without fans in attendance, but officials remain optimistic that as the region continues its phased reopening, and conditions improve, they may be granted permission to allow limited fans onsite.

If a limited number of fans are allowed at this year’s event, the significant number of series ticketholders that have already paid their deposits will get the top priority and be assured some tickets, followed by those that pay deposits prior to any ticket allocation. It is not anticipated that tickets would be available beyond that.