In doubles, Daniel Nestor and Nenad Zimonjic are back after a breakup. They took the bigger hardware over Treat Conrad Huey and Dominic Inglot. This marks Nestor’s 80th career doubles title. UVA Grad Huey will be competing in the Charlottesville Challenger this week.

David Ferrer won his 6th ATP title on the year at his home event 6-1, 3-6, 6-4 over Alexandr Dolgopolov in the other three set final of the weekend.  Earlier in the week, Ferrer tore through Olivier Rochus, Albert Ramos and Nicolas Almagro before dispatching surprise semifinalist Ivan Dodig in three.

Alexander Peya and Bruno Soares beat David Marrero and Fernando Verdasco for the doubles title, their 3rd  together in the fall campaign.

It took CitiOpen two-seed Alexandr Dolgopolov three sets and a lengthy rain delay, but he earned a tough victory over the tenacious Tommy Haas 6-7, 6-4, 6-1 yesterday in Washington. “The Dolgo” or as I call him, Mr. Slap Chop, won his first career ATP World Tour 500 event and he did it by beating one of the hottest players on the ATP tour right now. While he dropped the first set in a tiebreak, a set that was interrupted by a rain delay, he fought hard to break and take the second set. He then took a frustrated Haas to the cleaners in the third and waltzed his way to the title. 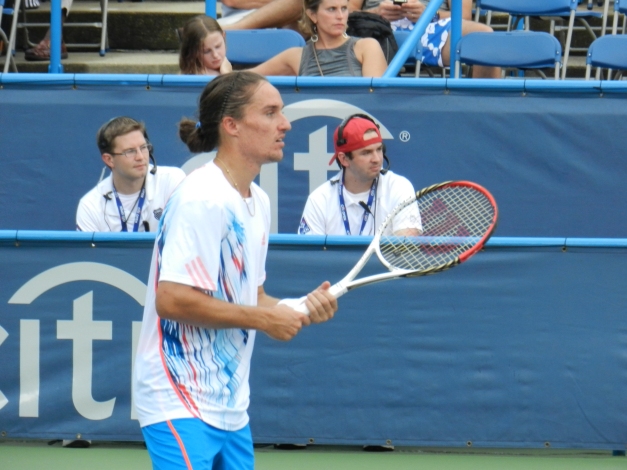 In order to get to the final, Dolgo beat Flavio Cipolla, Ruben Ramirez Hidalgo, James Blake in a slugfest, and Sam Querrey in close one. Dolgo hasn’t had the finest year, but this victory makes it a whole lot better for him and he will have plenty of momentum going into the hardcourt season.