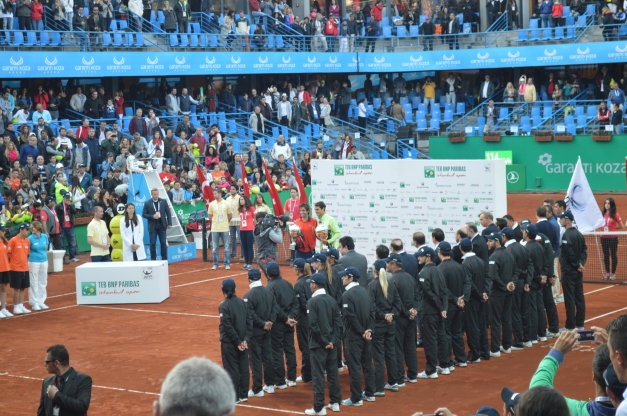 Heavy rain stopped just before the match today, and the final of the tournament started on time without a delay in Istanbul in front of 7,000 spectators. Roger Federer didn’t make the mistake Dimitrov did yesterday and never hesitated to be in a rally against Pablo Cuevas’ BH. Federer broke the Uruguayan in his first service game, and won the first set 6-3. In the Second set, Cuevas began to play much more aggressive, while Federer was running around the balls on his BH to hit inside out forehands. Cuevas had a bad service day, also his performance was mediocre overall.

Federer was a bit better today compared to his previous matches here. The Swiss got the break in perfect time against Cuevas, and served to make it 5-3 in the second set. but failed in the crucial moment, with unusual errors. Then Federer got chances to break again in the very following game, but after some brave points from Cuevas he held the game. It went to a TB, where crazy, undefinable things occurred. Cuevas got the first minibreak, and lost it with the UE. Then, Uruguayan double faulted in 4-4, and Federer got 2 MP, after winning the next point. Cuevas saved them all, and ridiculous errors and brilliant shots followed afterwards, included an amazing BH DTL return winner on SP down by Federer -which he explained in press with the line ‘’I got lucky”. 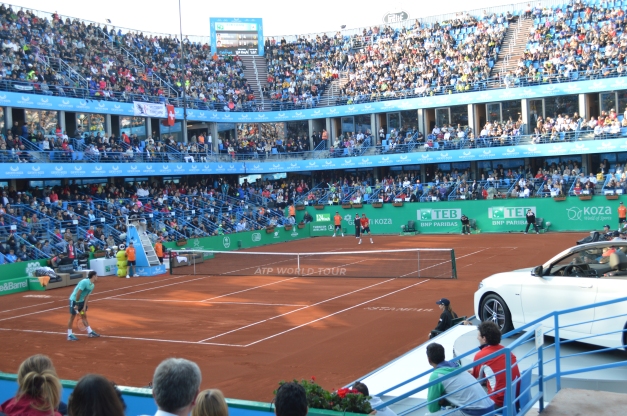 It was a packed house (photo credit: Ahmet Fevzi Guclu)

It was all over when Cuevas made the last UE of the match at *11-12, and Federer became the inaugural, and expected champion of Istanbul Open. This is Federer’s first ever red clay title in 6 years, since winning French Open in 2009. How the World No. 2 will transform this form to bigger tournaments, is yet to be seen. After his press conference, a few members of the press lined up for photos with the inaugural champion who graced Istanbul with his legendary presence.

It was a worthy finale in Istanbul (photo credit: Ahmet Fevzi Guclu)