FED CUP BY BNP PARIBAS DRAW SET FOR CANADA VS. SERBIA THIS WEEKEND

Montreal, February 7, 2014 – The official draw for the Fed Cup by BNP Paribas World Group II first round tie between Canada and Serbia was held Friday to determine the match ups for the weekend. The tie will be played on February 8 and 9 on an indoor hard court at the Claude-Robillard Sports Complex in Montreal.

Wozniak stunned spectators by dropping McHale in the First Round

“We’re pleased with the draw but really, no matter what the order, we’re just excited to get started and play some great tennis,” said Bruneau. “The team has worked extremely hard this week and there has been great support from everyone here in Montreal so we’re ready to go. We know the building will be loud and the fans will be behind us and the girls are going to go out there and do everything they can to win.” 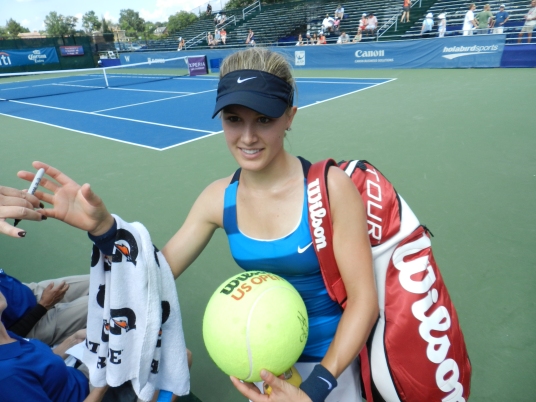 Montreal, January 20, 2014 – On Monday at the Australian Open, Eugenie Bouchard (Westmount, QC) became the second Canadian in history to reach the singles semifinals of a Grand Slam, matching the performance of Carling Bassett at the U.S. Open in 1984.

Bouchard, seeded no. 30 in the tournament, took on Serbian Ana Ivanovic, who upset World No. 1 Serena Williams in the Round of 16. Even though she lost the first set, Bouchard continued to battle and play aggressively, a strategy that ultimately paid dividends as she came out on top 5-7, 7-5, 6-2. In victory, the 19-year-old Canadian hit 47 winners compared to 34 for her opponent and she was able to break Ivanovic’s serve seven times in the match. She remained calm and focused until she converted her first match point.

Bouchard will now take on world no. 4 Li Na of China, a finalist last year at the Australian Open who defeated Flavia Pennetta 6-2, 6-1 in her quarter-final match. The two players met in 2012 in the second of the Rogers Cup presented by National Bank and it was Li Na who came away with a 6-4, 6-4 triumph.

Following the Australian Open, Bouchard will be in Montreal for Canada’s World Group II first round tie against Serbia at the Claude-Robillard Sports Complex on February 8 and 9. 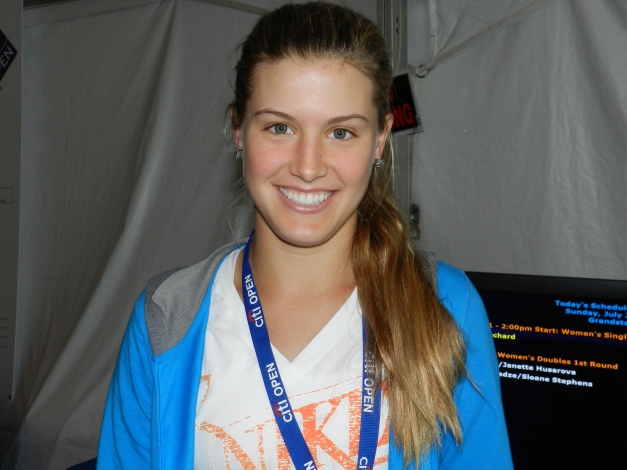 Montreal, January 19, 2014 – On Sunday in Melbourne, Eugenie Bouchard became the first Canadian to reach the quarter-finals of a Grand Slam since Patricia Hy-Boulais at the U.S. Open in 1992.

Playing in her first Round of 16 at a Major, Bouchard defeated Casey Dellacqua, the last Australian remaining in the women’s singles draw, 6-7(5), 6-2, 6-0 under the lights at Rod Laver Arena.

The 19-year-old Canadian was effective on serve, hitting six aces and winning 77 percent of her first serve points.

Bouchard, who is competing in the Australian Open main draw for the first time in her career, will face Serbia’s Ana Ivanovic in the quarter-finals. Ivanovic upset World No. 1 Serena Williams in the fourth round.

Bouchard and Ivanovic will meet for a second time. Bouchard won their first encounter 6-3, 6-3 last summer on Centre Court at Wimbledon to reach the third round.