First On at @USOpen, @KeiNishikori Punches Ticket to Third Round

First on @USOpen, @KeiNishikori Punches Ticket to Third Round
Steve Fogleman in Queens

Morning rain delayed outdoor courts to a late start at the US Open in New York today, so Kei Nishikori and Bradley Klahn found themselves the center of all attention for an hour on Louis Armstrong Stadium at 11:00 a.m. It was a first meeting for both players, both 29 years old. Nishikori’s US Open main draw record improved to 25-9. Coming into the match, Klahn’s US Open record resembled the record of a rebuilding NFL franchise at 4-12.

Nishikori made the quarterfinals of every grand slam in 2019 and he’s halfway to that mark after the win today.

Kei cruised in the first set but his play was marred with errors in the second, giving up a pair of breaks to the American. He found comfortable form in the third but gave up two breaks of serve in the fourth to give a little false hope to Klahn. In the end, Klahn’s 18 aces could only keep him in the match for so long as Nishikori prevailed, 6-2, 4-6, 6-3, 7-5. Kei will play either Alex de Minaur or Cristian Garin on Friday. 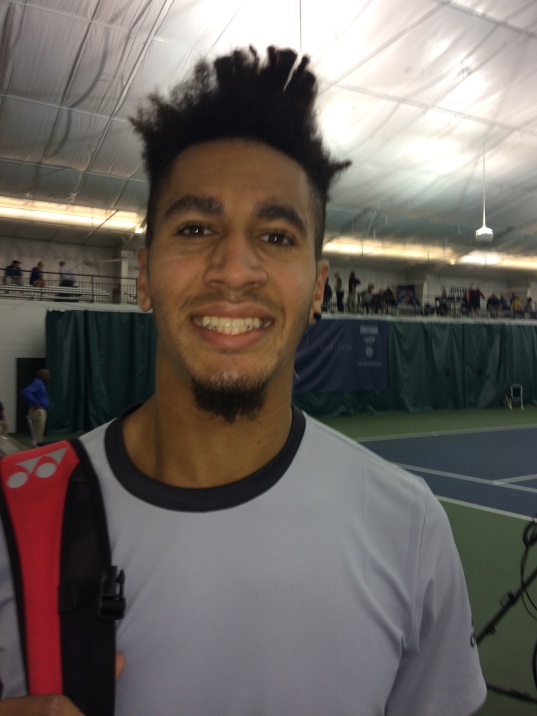 Paris it is not, but eight men are vying for smaller hardware this weekend at the Charlottesville, Virginia Men’s Pro Tennis Challenger at the Boar’s Head Resort, home of the University of Virginia tennis program.

I’ve attended this event seven times in the past, but only once for the final weekend of the event. As more than half the playing field had been dismissed prior to my arrival, I found the resort to be less crowded and was surprised to see players hanging around who’d lost their singles and doubles matches, just killing time before Knoxville.

First up this afternoon is 8 seed Peter Polansky against Jelle Sels of the Netherlands. The Canadian is a 2013 finalist at this event and is now 9-3 in Charlottesville main draw matches. This will be a first time match-up between the players.

Favorite “Son” Thai-Son Kwiatkowski of the University of Virginia impressively dismissed 2017 Charlottesville champion Tim Smyczek yesterday and will need another big showing today against 2 seed Michael Mmoh to advance to the semifinals. Mmoh won a two-setter against the tricky Evgeny Karlovsky on Thursday, and he was happy to get out in two sets after the Russian pulled the upset on Thanasi Kokkinakis on Wednesday. Mmoh is now 8-2 in his last ten matches on hard courts and has a 7-3 cumulative record in this event. This is another first time meeting.

Bradley Klahn is assured of being ranked inside the top 100 next week, and how high he’ll go in the rankings depends on where he lands this weekend. The tournament’s top seed, Klahn hasn’t disappointed in the early rounds, and today will be a real test in Bjorn Fratangelo, who is enjoying a resurgence of his form. Fratangelo is 9-1 in his last 10 hard court matches. Fratangelo also owns a 3-1 head to head advantage over Klahn. Expect this one to go three.

The happy hour match will feature the biggest man in the entire American Fall Challenger circuit: Ivo Karlovic. 2015 Charlottesville finalist Tommy Paul will try to size him up today. Paul is a lucky loser who’s ripped off two big wins after failing to qualify, beating Noah Rubin and Kamil Majchrzak in straight sets. Both players are 8-2 in their last 10 hard court matches and something will have to give. In yet another first time meeting between players, I’m going to have to go with Dr. Ivo.

American Bradley Klahn took out Dan Evans, who lost his 2nd straight Challenger final, 3-6, 7-6, 6-4, saving a match point in the second set. The title propels Klahn into the top 130 and gives him enough points to clinch the USTA US Open Wildcard Challenge. 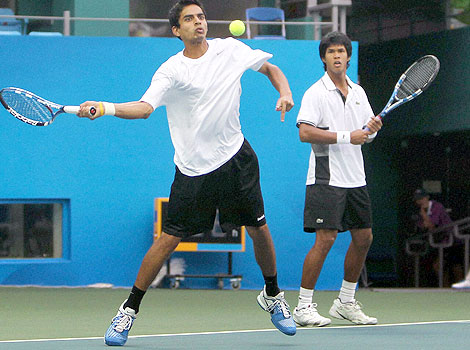 CALABASAS, Calif., (March 17, 2013) – Former NCAA singles champion Bradley Klahn had his chances and he knew it. But in the end, he couldn’t hold off the tenacious former Virginia All-American Sanam Singh from India, who captured the USTA Men’s Pro Tennis Championships of Calabasas on Sunday, 6-4, 1-6, 7-6 (3).

Down 0-2 in the third set, and 15-40 serving, Singh awoke from his self-described sleep” to save a total of four break points and win the third game of the final set on the final day of play at the Calabasas Tennis and Swim Center. “I don’t know how, but I was able to come back and win that game,” the No. 6-seeded Singh said. “It would have been really tough to come back from two breaks down if I would have lost that one.”

The No. 2-seeded Klahn said he “let his foot off the gas” in the third and simply gave Singh too many chances. “You can’t give a player like that a chance to get back in the match,” said Klahn, who next heads to Orange County and a first-round match in three days at the Costa Mesa Futures event. It was the first time the two former collegiate stars had played against each other as the 25-year-old Singh improved to 7-1 in ITF Futures singles finals in his career. Both players traded breaks of serve in the crucial sixth and seventh games as Klahn took the 4-3 lead in the third set following a Singh double-fault on a Klahn ad.

But Singh stayed with it, producing some nice all-court shots and even a few timely drop shots, including one beauty in the tiebreaker that gave him an insurmountable 4-0 lead. “He’s really good,” Singh said of Klahn. “I think he’s a lot better than 210 (Klahn is currently No. 223) in the world. He puts a lot of spin on his forehand. Of his lapse in play following a solid first set, Singh said: “I went away for about 45 minutes. Maybe I was back in India somewhere”. Klahn concluded: “I thought I started out a little sluggish. It’s frustrating. But that’s tennis. You learn from your mistakes and hopefully come back and be better for it”.

Singh rested for about 45 minutes, but then came back to win the doubles with partner and fellow countryman Saketh Myneni. The pair beat Korea’s Yong-Kyu Lim and Ji Sung Nam, 6-7 (3), 6-2, 14-12.