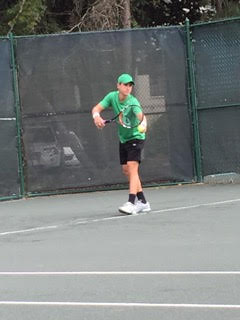 For the first time in my career, I will finish the year ranked lower than where I started. I’m farther from my goal of making it into a grand slam than I was a year ago.
The first response is, why?
I always gave it my best effort. I took care of my body like a professional should. I managed my off-court activities to the best of my abilities so I could stay focused. My coaches and I constantly studied the top guys who I wanted to model my game around, and made adjustments where necessary.
The end result: my ranking dropped 100 spots in singles and doubles.
So if I did everything I was supposed to do to put myself in the best position to move up the rankings, then why am I farther from my goal?
Me.
I was unable to perform when it mattered this year. Even though I had some great moments, overall it was a bad year.
I’d like to say I feel better knowing I did everything I could, but how could I? I poured my heart and soul into tennis. It’s not like I’m 30 in the world and failed to make it to 10, while still raking in half a million dollars. I finished the year ranked in the low 500’s, with more debt, knowing I will still be in the minor leagues next year.
I’ve always believed I would succeed in whatever I put my mind to. It was just a matter of time. But this journey started when I was playing with racquets that were bigger than me, dreaming of being like my dad. And here I am, more than two decades later, still grinding on this everlasting journey to make it to the big show.
I know of all the players competing into their mid to late 30’s, but they are top 100. Before that they were in the 100’s and 200’s. I’ve only made it to 450! And I get it, being ranked the 450th player in the world at one point isn’t so bad to most people, but to me it is. I want to be the best. I want to be number 1. I want to be on Arthur Ashe on that first Sunday in September. I don’t want to be on Court 11 at the Bluewater Bay Resort in Niceville, FL (no offense guys) where we get kicked off the practice court because of a ladies league tennis match.

I’m not out of my mind (well maybe a little). I know I’m not going to be number 1. I understand that I can’t make such a dramatic improvement in my game when I’m closer to 30 than 20 in age. But I do believe I can make it to the main draw of grand slams. I do believe I can compete with the best.
I can believe all I want but my results don’t lie. While I’ve succeeded to give it everything I possibly can, I have failed to deliver in the clutch. If this career was one that provided enough financial return at the minor league level that it made sense to stick it out and continue to pursue my dream, then I’d fight until my body gives out.
The tough reality is that it’s not.
So the question must be asked: at what point do I say, “it’s time to move on?”
You can continue the journey with J.Y. and see his decision on continuing to play pro tennis on his new website http://jyaubone.com . Future blog posts can be found at that link. It’s been a pleasure to have J.Y. writing for us this year, and his insights have been invaluable.