Montreal, June 8, 2017 – On Thursday, Gabriela Dabrowski (Ottawa, ON) became the first Canadian woman to win a Grand Slam. The 25-year-old captured the mixed doubles title at Roland-Garros with her partner Rohan Bopanna of India. The pair defeated Germany’s Anna-Lena Grönefeld and Robert Farah of Colombia 2-6, 6-2,12-10 in the final. 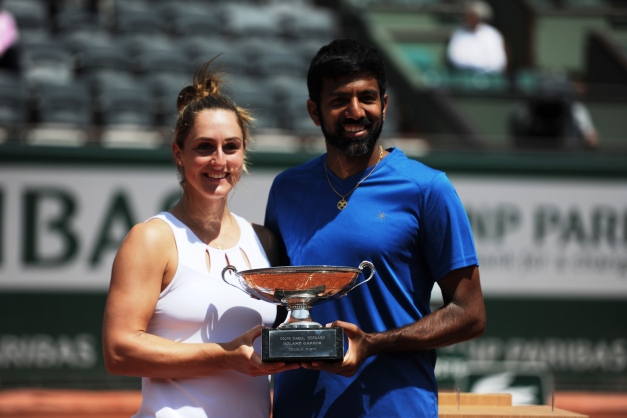 Dabrowski and Bopanna, seeded seventh in the tournament, advanced to the championship match without dropping a set. In the final, they saved two match points in the match tiebreak before claiming victory following a Grönefeld double fault after 1 hour, 26 minutes of play. This is the first Grand Slam title for both Dabrowski and 37-year-old Bopanna.

Dabrowski joins Daniel Nestor, Sébastien Lareau, and Vasek Pospisil as the only Canadians to win a Major doubles title.