Kenin, who goes by Sonya, lost to Mariana Duque-Marino in the first round of the women’s singles main draw last year, but rebounded to reach the singles final at the 2015 US Open Junior Championships. She also reached quarterfinals of junior Wimbledon earlier this year. Kenin has climbed as high as No. 2 in the ITF World Junior Rankings, and she represented the U.S. at the 2014 Youth Olympic Games and also competed at the 2016 ITF Junior Masters, both held in China. Kenin won her first USTA Pro Circuit singles title at the $25,000 event in Wesley Chapel, Fla., in January. 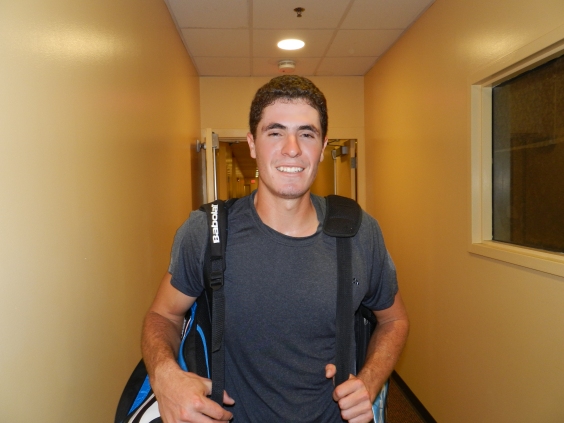 In the men’s wild card challenge, Ernesto Escobedo took the lead with 80 points by winning the Kentucky Bank Tennis Championships, a $50,000 Challenger in Lexington, Ky., this weekend. Mitchell Krueger is in second place with 63 points after reaching the quarterfinals in Lexington and the final of the $50,000 Levene Gouldin & Thompson Tennis Challenger in Binghamton, N.Y., two weeks ago. The men’s US Open Wild Card Challenge concludes the week of Aug. 8 with the $100,000 Nordic Naturals Challenger in Aptos, Calif.