.@VeraZvonareva Continues Winning Ways at @USOpen, This Time in Qualifying

Vera Zvonareva plays good tennis in New York. The 2010 US Open finalist tried out a new gig today as a qualifier at Flushing Meadows. After a hiatus from professional competition and the off-court distractions of having a real life (read ‘spouse and child’), Zvonareva made up for lost time in beating Han Xinyun 7-6 (4), 6-1 in first round qualifying action. 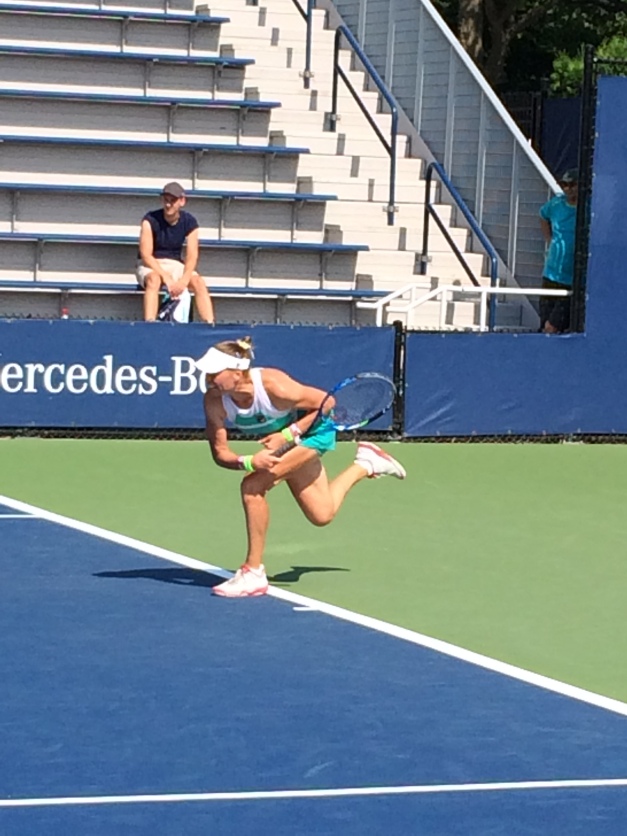 There were WAY more people there than the photo may suggest

After the match, Zvonareva, 32, said she wasn’t sure her experience made all the difference today against Han, the left-hander with a world #125 singles ranking, but added that “it was difficult to tell at the moment. We were fighting there in tough conditions. Humid, hot. It was difficult but I think I got lucky on a couple of points,” she told me. “Of course, experience helps,” she said. “I hoped she gets better in the second set. I thought she was having some problems already.”

As far as getting back into the game, there’s no place like dipping your toe in the water than in the lake of fire that is a grand slam, especially if you’re the

“Yeah,” she said. “I’m looking forward, you know, I’m enjoying my time back on the court. I’ve been out of competition for quite a long time so it’s a pleasure to be back and playing here at the US Open.”

Zvonareva continues her comeback tour on Thursday against 22-year-old Jamie Loeb, currently ranked #156. Loeb, from Bronxville, New York, will be an overwhelming crowd favorite. Zvonareva will likely need to rely on her experience to advance.