Rafael Nadal proved his continued impenetrability on clay with a 6-3 6-2 win over Kei Nishikkori in the Monte Carlo final, and a run of play in Monaco that saw him win every match with ease. Nadal buzzed past Aljaz Bedene, Karen Khachanov, Dominic Thiem, and Grigor Dimitrov, never losing more than 4 games in a single set all week. I twas perhaps the most dominant single tournament performance in ATP history, and it came at the Masters 1000 level no less against a solid group of opponents.

While Nadal looked unstoppable, Kei Nishikori looked healthy. His strongest run of play this season saw a win in three sets against Tomas Berdych, straight set victories over Daniil Medvedev and Andreas Seppi, and then narrow three set wins over Marin Cilic and Alexander Zverev to reach the final. Nishikori’s form this week suggests he could return to the top 10 by season’s end.

The Bryan Brothers beat Marach/Pavic in the doubles final, wrapping up a solid week for the veteran pairing. 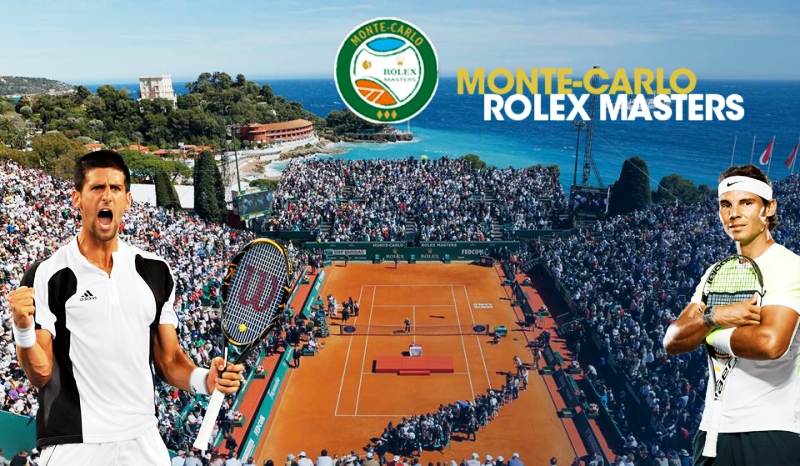 The first clay court Masters of the season is once again upon us as most of the world’s best have traveled down to the French Riviera for clay court tennis action on the coast. Here is your preview, with predictions of this luxurious event.

At 39 Tommy Haas continues to play on, and he showed signs of life last week in Houston, winning a match on clay and competing hard for his best result since 2015. Paire 7-2 over his last two tournaments, should win this easily, but at times his focus wavers and Haas has nothing to lose in this one. Paire should prevail but we’ll see what Haas has left in the tank, he could retire this summer on grass in Germany, but we’ll see.

Cuevas is 0-3 in the h2h vs. Troicki, but the Serbian is not as accomplished on clay compared to Cuevas, and Cuevas already has an ATP title on clay this season. Even as a veteran, Cuevas would love to break new ground and get his first win against Troicki.

PCB leads Fognini 4-0 in the h2h, which means he should win this one, despite Fognini’s burst of form that saw him reach the semifinals in Miami. This should be a classic clay court battle. Fognini has more upside, but PCB is much more consistent and most likely in a round 1 contest PCB should have a slight edge.

Despite an elbow injury and relative under-performance this year, Andy Murray still is 12-3 this year and the world #1. Murray should be fit enough to beat veteran Tommy Robredo in round 2, presuming Robredo beats Gilles Muller after a good run to the quarterfinals in Marrakech. Murray would then face either Philipp Kohlschreiber or Albert Ramos most likely. Ramos faces qualifier Renzo Olivo, while Kohlschreiber gets qualifier Carlos Berlocq. Kohli pushed Murray in Dubai, and had match points, but couldn’t take the match. After losing the Marrakech final, Kohlschreiber probably isn’t in the best mental state, and Murray is the clear favorite against either Ramos or Kohli to reach the quarterfinals.

Marin Cilic and Tomas Berdych are the top seeds in the section below, Cilic is struggling and Berdych is a former MC finalist. Look for Berdych to beat Andrey Kuznetsov, then Paire/Haas, while I have Cilic getting upset by his countryman Borna Coric, who claimed his first ATP title last week in Marrakech and opens with Jeremy Chardy. Berdych hasn’t had a great season, but he should reach the quarterfinals before falling to Murray.

Former MC champ Stan Wawrinka will be happy to see no Roger Federer in this draw, he looks set to perform well, as neither Marrakech semifinalist Jiri Vesely or an underperforming Mischa Zverev are overly difficult in round 2. Cuevas should beat Troicki and then Joao Sousa, who beat Florian Mayer round 1, to setup their third round contest, with Wawrinka as a clear favorite.

Jo-Wilfried Tsonga gets a qualifier in round 2, either Guillermo Garcia-Lopez or Adrian Mannarino. No matter the winner of that match, Tsonga should extend his 17-4 record this season with a win, and also defeat his countryman Lucas Pouille in round 3, presuming Pouille beats Ryan Harrison, which is likely on clay, along with either Marcel Granollers or Paolo Lorenzi. Lorenzi could be a threat here, but Tsonga over Pouille is a sensible prediction.

After dealing with his own injury problems, Novak Djokovic will face Gilles Simon, a winner on Sunday over Malek Jaziri, in round 2. Look for Djokovic to make it 11 straight against Simon and begin his quest for a third Monte-Carlo title. Djokovic looks set to face Pablo Carreno Busta in round 3, as PCB should beat Fognini and either Karen Khachanov or Nicolas Mahut.

David Goffin and Dominic Thiem look to be on a collision course yet again after Goffin finished off his countryman Steve Darcis on Sunday. Thiem needs to defeat either Federico Delbonis or Robin Haase, while Goffin now gets Martin Klizan or Nicolas Almagro. A solid clay courter, Delbonis will have a chance to disrupt expectations, but Thiem over Goffin is my choice in round 3, after Goffin beats Klizan. Goffin is more consistent than Thiem, but on clay, the Austrian has more upside.

Nine-time and defending MC champ Rafael Nadal should blitz past either Dan Evans or Kyle Edmund, and then beat Alexander Zverev in round 3, as Zverev will be favored against Andreas Seppi and Feliciano Lopez/Daniil Medvedev. Denied a title this season, Nadal should be highly motivated at a venue he’s been so successful at, look for Rafa to roll safely into the quarters, while Zverev edges through a week section into round 3.

Grigor Dimitrov has now lost three straight after a hot start, and he needs to watch out against either Jan-Lennard Struff or the young gun Casper Ruud. Both players are solid on clay and will be highly motivated to try and get an upset, I will pick Dimitrov to prevail but I have him losing to the consistent Roberto Bautista Agut, as RBA should beat Nikoloz Basilashvili, and Diego Schwartzman/Bernard Tomic. Tomic has had a terrible season thus far.

Coric just won his first title, and beyond Cilic, Berdych is not the most difficult third round opponent in a Masters, particularly at this stage in his career. Coric will need to reach new heights and deal with fatigue, but I don’t count this young gun out. Struff meanwhile has a winnable second round match on deck with Dimitrov after facing Ruud, and the only other difficult seed in the section is Bautista Agut. Struff has always had the game to get big wins but he’s been lacking in the mental department.

The big four of this tournament should make the semis, Wawrinka and Djokovic may be at risk, but it will require great results from Tsonga and Thiem, beyond what they normally produce, or terrible showings on the part of the Swiss and Serbian. Murray and Nadal meanwhile don’t have the most difficult of draws, and Rafa on clay is just not someone to pick against when not facing a top 5 player.

Barring a big change, Nadal and Wawrinka should be favored on clay in these potential semifinals. Djokovic’s level has dipped, Nadal has returned to a top 5 level of play, while Murray has always dipped, while Wawrinka’s peak remains elite.

I’m not enough of a risk-taker to go against Nadal in Monte-Carlo.