Jarmere Jenkins started off the tournament by upsetting second seed Kenny De Schepper in the first round with a solid 6-4 6-4 victory. Unfortunately for him he was unable to build on that win, losing to Chase Buchanan in the next round. The player who profited most from De Schepper bombing out was #7 seed Adrian Menendez-Maceiras, who easily beat Buchanan 6-1 6-2 in the quarterfinal before winning a marathon semi-final against #4 seed Jimmy Wang, 5-7 6-4 7-6(2).

In the top half #3 seed Horacio Zeballos lost 6-2 6-3 in the second round, but it wasn’t an upset. Steve Darcis, despite not even being seeded, was a firm favorite and he didn’t disappoint. The only weapon that Zeballos managed to pull off was the most casual racquet toss of the week.

Prior to the tournament I predicted Darcis to beat top seed Adrian Mannarino, which he did relatively comfortably in the semi-final, 6-4 7-5. The final was an even more one-sided affair, with Darcis prevailing 6-3 6-2 over Menendez-Maceiras. Funny enough the result made them end up next to each other on the ranking, with Darcis rising twenty-seven spots to #131 and Menendez-Maceiras landing at #130, an improvement of sixteen.

Will 2015 become the year of Ryan Harrison, I asked in my preview. He certainly went off to an excellent start here, taking out top seed Blaz Rola in the second round in an interestingly scored match, 1-6 6-1 7-5. In the second section home player Alex Bolt was sweeping up the competition. Bolt, playing on a wild card, took out #8 seed Marton Fucsovics in the second round, 3-6 7-6(5) 6-1, after which he went on to take out #4 seed Paul-Henri Mathieu in the quarterfinal, 7-5 7-5. There he was stopped by Harrison, who faced no problems in a 6-3 6-3 victory.

In the bottom half, self-proclaimed future top 10 player Marcos Baghdatis was the big favorite to reach the final and he didn’t disappoint. He dropped a set in the quarterfinal against #5 seed Alexander Nedovyesov, 3-6 6-2 6-2, and dismissed qualifier Andrew Harris in the semi-final, 6-4 6-4. He went into the final against Harrison as the favorite, but Harrison quickly took control of the match and won 7-6(6) 6-4. This marked his best result since Atlanta in 2013, when he reached the semi-final. Perhaps this is the first step towards finally fulfilling his potential. It is going to be a long road, however, as he only sits at #160 on the ranking. Baghdatis creeps a little bit closer towards his top 50 goal for this year, rising five spots to #77.

Top seed Alejandro Falla defeated Canadian Steve Diez in straight sets to win this hard court AO warm up challenger in sunny New Caledonia. Falla beat Adrian Menendez-Maceiras in the semis, while Diez beat the Irishman James McGee. Diez is at a career high ranking inside the top 200, while Falla seeks to recover from a poor 2013 and get himself back to being an ATP regular competitor.

25 year old Joao Souza won at home in Brazil at this outdoor hard court challenger. He beat Alejandro Gonzalez in the final in straight sets and beat Argentine Guido Pella in the semis. Gonzalez, a rising Colombian, beat Gastao Elias in the semis. Top seed Horacio Zeballos was bounced by fellow Argentine Agustin Velotti in the opening round.

2 seed Alejandro Falla won yet another challenger in January, this time on clay on Colombia, as he beat Paolo Lorenzi in straight sets in front of home fans. Falla beat Diego Sebastian Schwartzman in the semis while Lorenzi beat the in-form Alejandro Gonzalez to reach the final.

German Peter Gojowczyk has carried his strong play from 2013 into the new year thus far, as he beat a strong field indoors on hard courts in winning the final in 2 sets over Dutchman and top seed Igor Sijsling. Gojo beat the young Jiri Vesely in the semis, while Sijsling got a retirement against fellow Dutchman Jesse Huta Galung.

American Bradley Klahn continued his rise up the rankings, now at a career high of 80, as he beat Tsung-Hua Wang in the final of this USTA Pro Circuit hard court challenger in straight sets. Klahn beat Tatsuma Ito in the semis, while Wang beat American Tim Smyczek. In a notable upset/stock watch notice, Mischa Zverev knocked Ryan Harrison out in the opening round, as the formerly promising young American continues to struggle.

Aussie Matt Reid was yet another home nation challenger tournament winner, as Reid took out Hiroki Moriya in the final on hard courts, 3 and 2. Reid beat Yuichi Ito in the semis, while Moriya defeated American road runner Jarmere Jenkins. Semifinalist Ito scored a notable win over 2 seed James Duckworth in round 2. 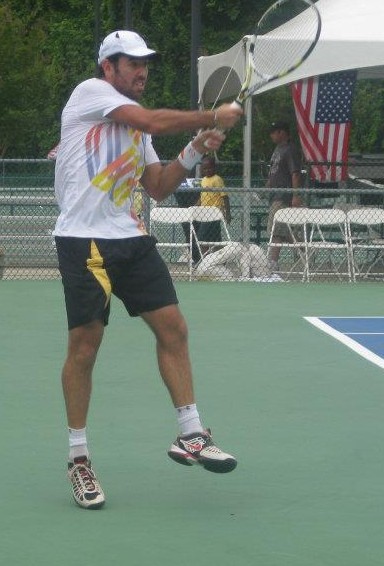 Recap: ATP Challenger Tour action for the month of January 2013

In the tropical paradise of New Caledonia, Adrian Mannarino got his year started off right with a straight set victory over the unseeded Andrej Martin. Martin beat top seed Steve Darcis in round 2, and beat Jonathan Dasnieres De Veigy in the semis. Meanwhile, Mannarino beat 3 seed and fellow Frenchman Marc Gicquel in the semis.

In Brazil, former top 50 player Horacio Zeballos burst back into the top 70 with a straight set win over Brazilian Rogerio Dutra Silva, in what is a quality hard court result for the Argentine. Zeballos, who was the top seed, beat Gastao Elias in the semis, while Dutra Silva beat countryman Joao Souza, and both semis went the full 3 sets. Zeballos had already closed out 2012 with two straight challenger titles on clay.

The unseeded Michael Berrer took the title at the prestigious Heilbronn open on indoor hard courts in Germany, which featured a stacked field that included 5 players in the top 100. Berrer beat countryman Jan-Lennard Struff in straight sets in an all German final. Before that, he knowcked off top 60 player Paul-Henri Mathieu, the top seed in the semis. JL Struff beat seeded players Adrian Ungur and Benjamin Becker before beating Olivier Rochus in the semis.

On red clay in Colombia, Federico Delbonis of Argentina, the 6 seed, beat 7 seed Wayne Odesnik in straights to capture the title after beating Paul Capdeville in the semis. Odesnik made the final by beating Alejandro Gonzalez of Colombia. 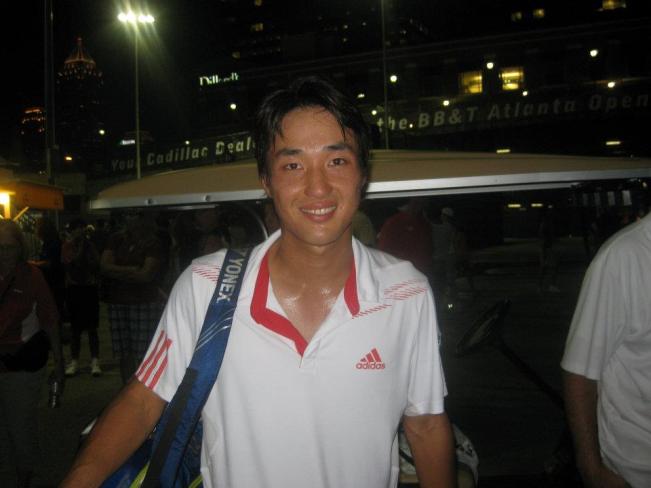 In Maui, top seed Go Soeda took the title over the unseeded Mischa Zverev in straight sets after besting Tim Smyczek in the semis. Zverev showed positive signs of getting his game back on track in posting an opening round win over 2 seed Tatsuma Ito and also beating Alex Bogomolov and Michael Russell to reach the final.