The ATP will do the traditional return to clay after Wimbledon, with a pair of European 250s on the red stuff.

The 23 year old German, Struff, is at a career high ranking of 115. He seems poised for a main level breakthrough, and his last match was a loss was in the 2nd round of a challenger. Stakhovsky has made a name for himself, this time for on court results rather than off-court commentary, with that huge upset of Roger Federer at Wimbledon. He followed that up with a 3rd round loss. Both players are in respectable form, but I’ll give a slight edge to JL Struff in this one. They have never met before.

Wimbledon quarterfinalist Tomas Berdych returns to the dirt against Martin Alund, who comes off an opening round challenger loss to Pere Riba, or Swedish wild card Markus Eriksson. In the quarters, he could meet 6 seed Viktor Troicki, a qualifier, Thiemo De Bakker or Joao Souza. None of them should be much of a bother.

A rejuvenated Tommy Robredo will enjoy his high seeding by opening with Albert Ramos or a qualifier. Ramos is coming off a bad 2nd round loss to wild card Thomas Fabiano at a clay court challenger in Italy. In the quarters, Tommy R could meet a qualifier, Carlos Berlocq, Horacio Zeballos or Blaz Kavcic. Kavcic had to retire in his last match at a challenger while Zeballos lost in the first round to Ivan Sergeyev at another challenger.

Nico Almagro will play Jan Hajek or Guillermo Garcia-Lopez, with Hajek coming off a disappointing 2nd round challenger loss to Maximo Gonzalez. GGL is coming off an opening round loss to Dustin Brown at Wimbledon. After that, Almagro could get a challenging quarterfinal match with a hopefully re-sparked Fernando Verdasco, who showed shades of his 2009 form en route to the Wimbledon quarterfinals and a 5 set loss to Andy Murray. Verdasco has had a poor year until now, but if he can beat wild card Andreas Vinciguerra and the Stakhovsky/Struff winner in the first couple of rounds he may continue to turn it around. The clay h2h between Verdasco and Almagro favors Verdasco 5-2.

Pico Monaco made the 3rd round of Wimbledon and now returns to comfortable clay against Paolo Lorenzi or a qualifier. Lorenzi comes off semis in the Todi Challenger in Italy on clay. The winner of that match will play Jurgen Zopp, Filippo Volandri, Swedish wild card Elias Ymer, or 5 seed Grigor Dimitrov. 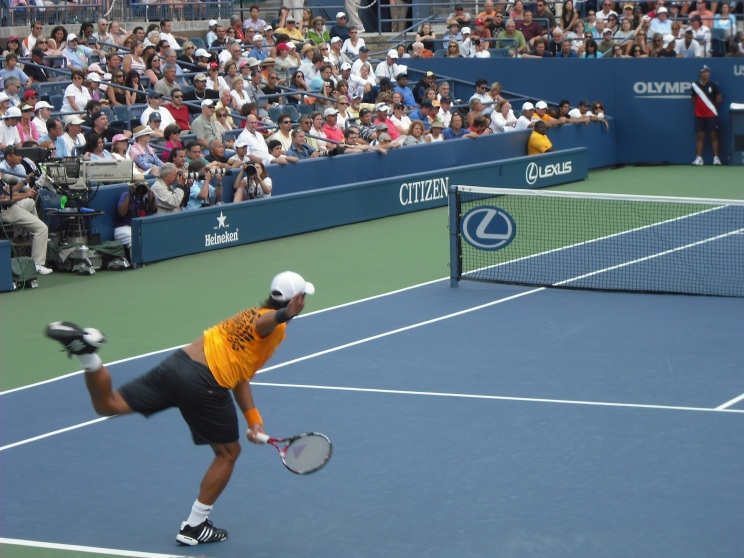 As mentioned, if Verdasco can continue playing like he did at Wimbledon, keeping the errors down, serving well and whipping his forehand, he will be a force to be reckoned with once again on tour. He has a solid chance to win this tournament and is arguably the most in form player here.

Robredo has beaten Berdych twice on clay, including at Barcelona this year, and Bastad back in 08, losing once to him on the surface. I don’t see either Robredo or Berdych being troubled before the semis.

Verdasco is in better form than Monaco, though the clay h2h favors Monaco 4-2. Monaco should get to the semis.

In a possible all-Spanish final, Robredo has the h2h on clay 3-2, including a victory against Verdasco in Bastad back in 2010, but Verdasco once again seems to be in better form. I give him the edge to take the title.

Some good talent will participate for a 250.

Klizan has not had the best year as a full timer on the ATP circuit, sporting an 8-16 ATP level record and an 8-17 record overall. Montanes is a positive 12-11 ATP-wise and at the age of 32 is playing some good tennis. Clay is his best surface by far. They have met twice this year, with Klizan winning their meeting in Barcelona and Montanes winning their meeting in Rome. This rubber match should be quality, with an edge to Montanes.

Wimbledon 4th rounder Tommy Haas returns to Germany and will face Ernests Gulbis yet again or Marcel Granollers. After that, he could face Fabio Fognini, the 5 seed, Leo Mayer, a qualifier or Pablo Andujar.

Jeremy Chardy, coming off Wimbledon 3rd round, will play Michael Berrer or Dani Gimeno-Traver and the winner could face Klizan/Montanes, Roberto Bautista-Agut or Tobias Kamke. Kamke lost to Andrey Golubev in the 2nd round of a challenger last. This is a somewhat open section with some streaky players.

Philipp Kohlschreiber, who retired from his opening round Wimbledon match because of flu symptoms and general illness, will play a qualifier or Robin Kern and then could meet Braunschweig challenger champ Florian Mayer, Paul-Henri Mathieu or Gael Monfils, who returns to the tour this week after skipping Wimbledon for personal reasons. Mayer-Monfils could be a great round 2 match in what is a difficult section for Kohlschreiber.

Benoit Paire will play a qualifier or Nikolay Davydenko and the winner will face Lukas Rosol, Thomaz Bellucci (back from injury), Victor Hanescu or Dmitry Tursunov. This section is also quite open with streaky players.

If Montanes can beat Klizan, he gets a winnable meeting with Kamke or Bautista-Agut, and Chardy or Gimeno-Traver in the quarters is also winnable. He would be a serious underdog against Tommy Haas in the semis.

Haas should ease past Gulbis and Fognini and then beat Montanes. I like Monfils chances coming off a layoff, as he should be well rested and get past Mathieu, Mayer, Kohlschreiber and Rosol. Hanescu and Paire could also make the semis.

Haas and Monfils have split career h2h 2-2 and they have split meetings this year, though this is their first on clay in 2013. It should be a tough match, but I’ll give a slight edge to Haas at home in Deutschland.

The ATP World Tour will divide by 4 this week, with events in Umag, Croatia, Bastad, Sweden, Stuttgart, Germany and of course Newport, where my colleague Steve Fogleman will have on site coverage of the event there. In the meantime, here are short previews for the other 3 European clay court events.

1st round matchups to watch:

Dodig, who has been in pretty good form recently, will seek to upset clay court favorite Berlocq. Berlocq always performs well on the dirt.

Verdasco, who hasn’t been at his sharpest recently, will open up with the man who beat Berdych at Wimbledon, Ernie Gulbis or a qualifier and then likely faces fellow Spaniard Juan Carlos Ferrero, who will be looking to make a nice run here.

Marcel Granollers, another clay court talent, begins with Potito Starace or a qualifier and then either Matthias Bachinger of Germany, Joao  Sousa of Portugal wild card Alijaz Bedene or 7 seed Martin Klizan.

Cilic made the 4th round of Wimbledon and has been playing pretty well, along with being the finalist last year. He will play Daniel Brands or a qualifier and then likely the 8 seed Edouard Roger-Vasselin.  Blaz Kavic and Wayne Odesnik also lurk.

Alex Dolgopolov, who hasn’t made it past the quarters of any clay court event this year but took the title here last year, will face the dangerous Fabio Fognini or a qualifier and then likely 7 seed Berlocq.

Fognini has played pretty well this year, and he made the finals on clay in Bucharest. He has a nice draw if he can get past the slumping Dolgopolov. Cilic also poses a threat but he has been somewhat inconsistent.

Top 4 seeds (who all receive 1st round byes)

Ferrer, coming off a quarterfinals run at Wimbledon, will face either Simone Bolelli or Paul Capdeville of Chile. He could then run into 8 seed Adrian Ungur of Romania.

Albert Ramos, another Spaniard, will open with a qualifier and then quite possibly Grigor Dimitrov in what could be a great  quarterfinals match up.

Almagro will face a qualifier or fellow Spaniard Roberto Bautista-Agut and then take on  another Spaniard, Daniel Gimeno-Traver, the 5 seed Mikhail Kukushkin, Michael Berrer of Germany or a qualifier. Nothing too tricky for him.

Jarkko Nieminen has struggled recently after having a great start to his year. He will face Jan Hajek or Fredrico Delbonis and then could face Estonian challenger veteran Jurgen Zopp  or 7  Filippo Volandri.

Zopp recently lost a 5 setter in the 1st round of Wimbledon and just recently broke into the top 100. He plays well on clay and is due for a breakthrough, and since Jarkko Nieminen and Volandri are the seeds in his section of the draw, he has a good chance to make some noise.

Top 4 seeds (who all receive 1st round byes)

1st Round Matchups to watch:

The magical man who knocked off Nadal will take on Haase, who will be trying for some magic himself. Haase is seeded, but we all know Rosol has game.

Tipsarevic will face either Steve Darcis or dirtballer Albert Montanes and then could confront the Rosol/Haase winner, Bjorn Phau or a qualifier.

Bernie Tomic, who has been struggling recently, will play either Thomaz Bellucci (who will be gunning for an upset), or German wild card Robin Kern. 7 seed Lukasz Kubot will face young German Cedrik Marcel-Stebe in what should be a good one. He would then take on the winner of Jeremy Chardy and a qualifier.

Juan Monaco will open against either Flavio Cipolla or Tobias Kamke and then could see dangerous 8 seed Tommy Haas (who is seeded again).

Pablo Andujar gets a Spaniard with a long name, either Ruben Ramirez Hidalgo or Guillermo Garcia-Lopez and then could see either Phillip Petzschner, Benoit Paire or veteran Nikolay Davydenko.

Kubot, who is known slightly more for his skill in doubles, but is also a very respectable singles player,  has a good draw if he can get through home favorite Stebe. Tomic is playing below his seed level. Tipsarevic also isn’t at his sharpest the past couple of weeks, so he could earn the upset there as well with some luck.