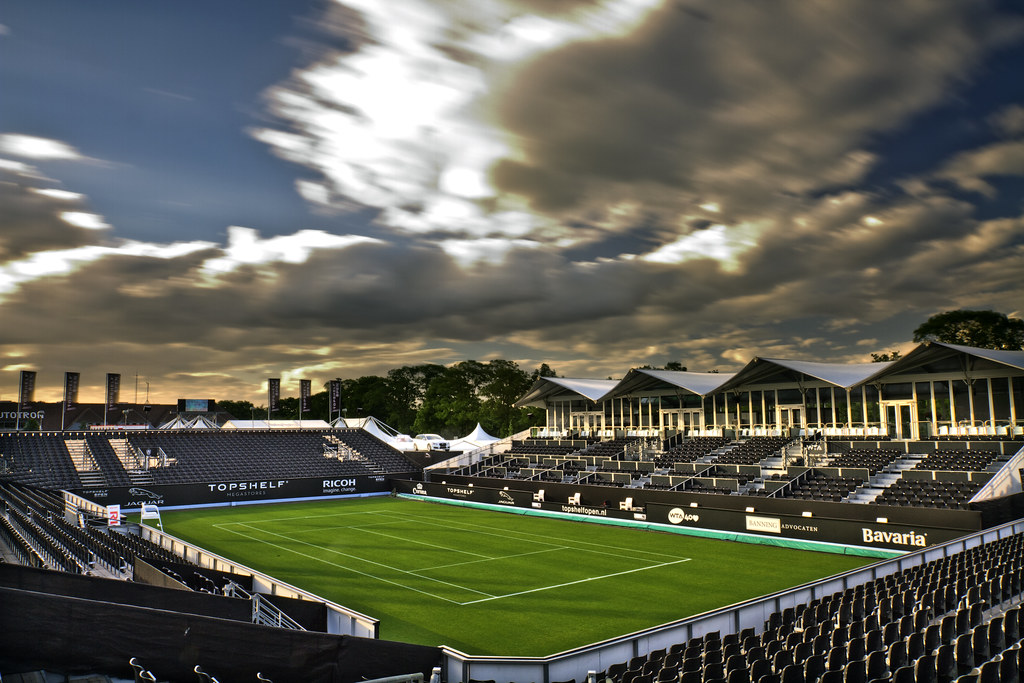 Less than 24 hours after Stan Wawrinka’s impressive win over Novak Djokovic in the final of the French Open, the last round of qualifying got underway at the Topshelf Open in s-Hertogenbosch. The start of the competition saw two shock first round exits for the two highest ranked players, Chung Hyeon and Lucas Pouille, which paved the way for the lower rank players to book their place in the main draw.

The highest ranked player to survive the three qualifying rounds was 4th seed Tatsuma Ito who didn’t drop a set throughout the three rounds. In the final round Ito was up against Czech veteran Jan Hernych. The 35-year-old reached the final round after beating 8th seed Paul-Henri Mathieu in three sets. Hernych was however unable to produce another shock against the Japanese player as Ito took it 6-4, 6-4. In both sets the Czech took the lead by breaking Ito but failed to consolidate either of the breaks. The vulnerability of Hernych’s serve was problematic throughout as his rival battled to break him on five separate occasions.

Nicolas Mahut maintained his recent solid form with a three sets win over Kenny de Schepper. Prior to the tournament, the Frenchman beat Ernests Gulbis to reach the third round of the French Open, his best result at Roland Garros since 2012. The run also elevated 19 places back into the top 100. The match was however far from straightforward for the former Den Bosch champion as Schepper forced Mahut to recover from a set down during the match which lasted almost two hours. Mahut gradually took the match 4-6, 6-4, 6-3. De Schepper reached the main draw as a lucky loser.

Illya Marchenko endured a tough test against shock third round rival Aisam-ul-Haq Qureshi from Pakistan. Qureshi is a doubles specialist and hasn’t qualified for the main draw of any singles tournament since the ATP Helsinki Challenger back in 2009. Despite his lack of participation in singles tournaments, the Pakistani player reminded many of why he has been ranked as high as 125 in the world by recovering from a set and 0-3 down to force proceedings into a final set. Unfortunately the fairy tale ending for the Pakistani failed to happen as Merchenko battled to win 6-4, 6-7(6), 7-5. A big win for the Ukrainian in both a physical as well as a mental way.

Finally, Marco Chiudinelli gave Swiss tennis fans yet another reason to celebrate as he completed the list of qualifiers. The Swiss player began qualification with a sensational straight sets victory over second seed Lucas Pouille, dropping just four games. He then beat wildcard Thiemo de Bakker in three sets to set up a final round showdown against world number 143 Pierre-Hugues Herbert. After being blown away in the first set by the Frenchman, Chiudinelli worked himself back into the match to win 1-6, 6-4, 6-1. It’s just the second tournament of 2015 for Marco.

Qualifier Matchups in the Main Draw

(Q)Tatsuma Ito vs. Ričardas Berankis
Ito leads the head-to-head 2-0. He has beaten Berankis twice in 2014 in the final round of the Wimbledon qualification tournament and during the second round of qualification in Brisbane.

(Q)Nicolas Mahut vs. (WC)Lleyton Hewitt
Since 2008 they have played each other on three different surfaces (grass, clay and hard-courts). Hewitt leads the head-to-head 2-1, however, Mahut won their most recent meeting at the 2013 Newport Open which was on grass.