With so much more than sports going on in the world right now, today’s UTR Pro Match Series press conference on Zoom was a little lighter than most. It was as if people were genuinely thrilled to talk to other people for a change. Who knew, right?

The UTR Pro Series returns for the women’s event this Friday through Sunday from a private court in West Palm Beach, Florida and will be broadcast on Tennis Channel. Danielle Collins, Amanda Anisimova, Alison Riske and Ajla Tomljanovic will compete in an environment that Tournament Director Stephen Amritraj said is filled with “excessive precautions,” including no fans, no ball kids, no ball sharing and nothing but a chair umpire. 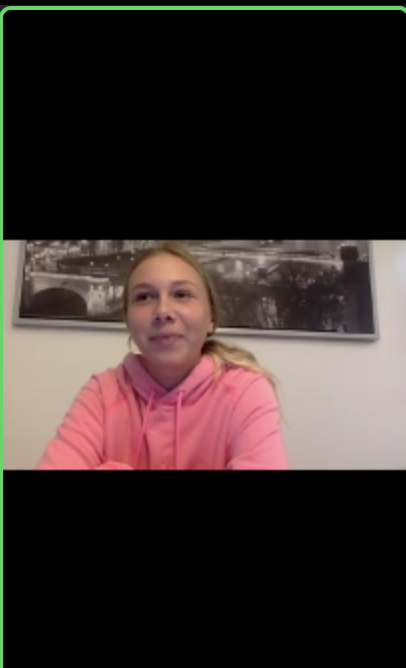 Amanda Anisimova, the youngest of the four competitors, accidentally muted herself. I was surprised by this unenforced error by the teen, since my daughter knows her way around Zoom like the sixth-grade hallway at her school.

Anisimova tried to lower her personal expectations in this first dry run of a tournament in months. “I’ve still been training but I’m not going to be anywhere close to my best game. I really missed (competition) so I’m not going to care how I play or my A- game,” she said.  So, naturally, expect her to bring her A-game this weekend.

Danielle Collins is making good Indian food and completed one hell of a “bomb” bread pudding during the lockdown. The world #51, Collins says she missed “just competing the most, and aside from that the travel. Getting to see so many parts of the world. I enjoy going to different locations after my tennis tournaments and taking a little vacation. And really, just getting out of the house. The competitive side doesn’t go away just because you’re away from the tour.” And, she added, she misses “the money, too.” She gave a “50/50” chance that the tour would formally resume in 2020 and revealed that she’s been hitting with college players home for the summer.

As for the weekend tournament, “it’s the closest thing we can get to competing nowadays. With all of the safety protocols, I feel comfortable going in,” she said. “My body started to hurt because I wasn’t doing anything so I started hitting with my dad and boyfriend (Matteo Berretini). Now (Berretini) found someone better to hit with!”

Alison Riske is always in good spirits when talking to almost anyone, and today was no exception. She divulged that she “could lose (herself) online for hours” researching interior design and has enjoyed being around the house over the last couple of months. On the subject of player support for lower tier competitors coming from the titans of the sport, she demurred. “It can be a tough ask to force something upon a player and have to make that decision of forfeiting X amount to help someone, like top 500 players. A great initiative, but a tough ask,” she admitted, before adding that it might be more palatable for “a player to donate where they want.”

On that same question, Anisimova was equally equivocal. “Those in the top 100 are way more privileged,” she said. “I can see both sides, but I think the initiative is very nice.”

The schedules for the first two days of the three day event are listed below.

Let’s all give a big hand to the return of women’s tennis! 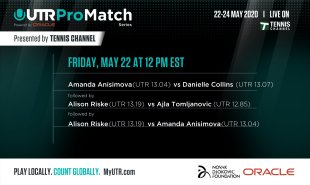 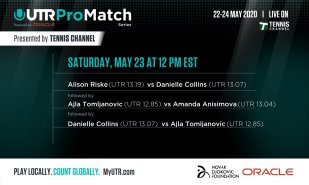