2018 @MiamiOpen Preview and Predictions: Are We Headed for Another Federer vs. Del Potro Final?

2018 ATP Miami Preview and Predictions: Are We Headed for Another Federer vs. Del Potro Final?
Steen Kirby, Tennis Atlantic

The second Masters 1000 stop of the season is on the sun baked hard courts of Miami, a joint event with the WTA. Will Roger Federer surge back from defeat at the Indian Wells final to defend his Miami title? or will a new Masters 1000 champion emerge from the field. Here is your full preview, with predictions. 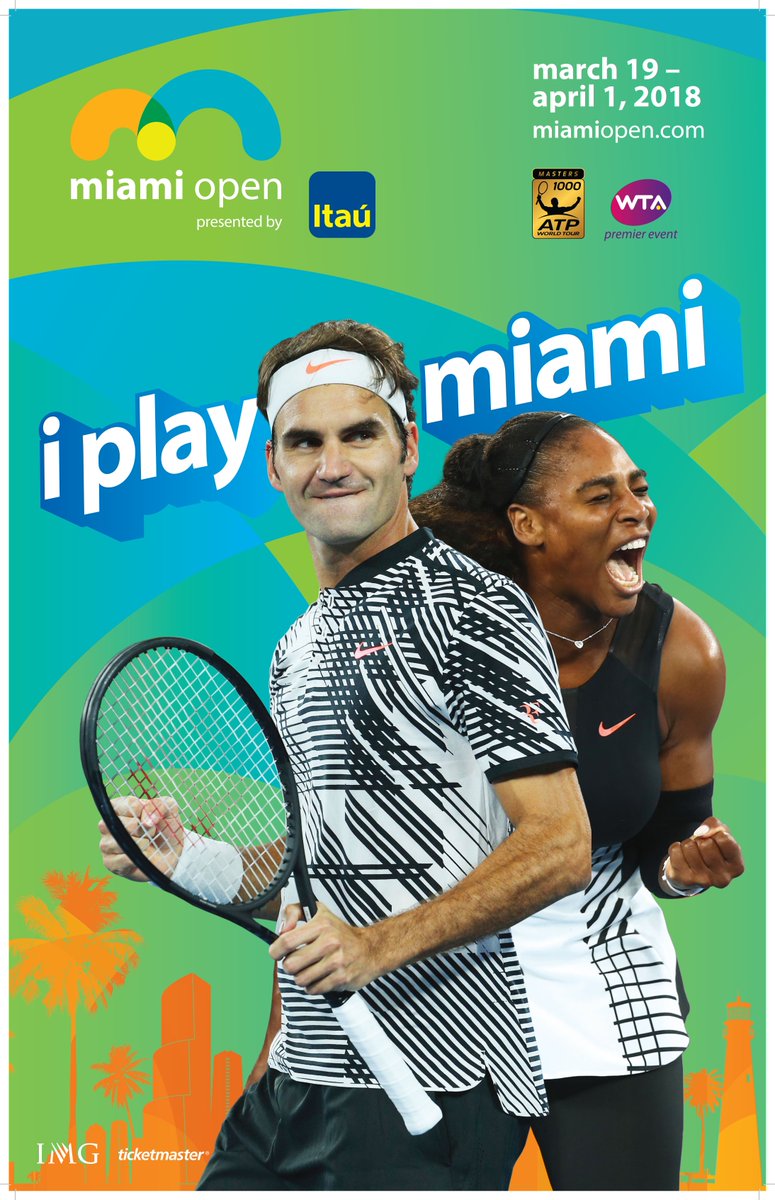 After losing his first match of 2018 in Indian Wells, defending champion Roger Federer will face Thanasi Kokkinakis or Calvin Hemery in the second round. Fernando Verdasco or Tennys Sandgren/Guillermo Garcia-Lopez await in round 3. Verdasco isn’t playing poorly but unless Federer has a back injury he should reach the fourth round. Pablo Carreno Busta played well enough in Indian Wells to ease past Denis Istomin/Miomir Kecmanovic and then Adrian Mannarino or Steve Johnson/Victor Estrella in round 3.

Kevin Anderson and Tomas Berdych should face off in the round of 16. Anderson’s path is Nikoloz Basilashvili/Thomas Fabbiano, then Karen Khachanov or Marius Copil/Mikhail Kukushkin. Berdych will need to watch out for Alex De Minaur and Frances Tiafoe/Kyle Edmund (or Nicolas Kicker) in his first two matches but I’ll still make him the favorite to reach round 4.

I’ll back Daniil Medvedev to have a good tournament, defeating young guns Stefanos Tsitsipas and Alexander Zverev in consecutive contests. David Ferrer will face Evgeny Donskoy/Aljaz Bedene before facing Medvedev or Zverev in round 3. I’ll go with Medvedev to survive a challenging section.

Nick Kyrgios is back and should find his way against Dusan Lajovic/Horacio Zeballos before defeating Fabio Fognini in round 3. Fognini needs only to defeat Nicola Kuhn/Darian King in the second round.

Opportunity awaits for either Sam Querrey or Denis Shapovalov, Shapovalov opens with Viktor Troicki then faces Damir Dzumhur. Querrey will take on Radu Albot/Ricardas Berankis. On Hard Courts in the States I’ll give the veteran Querrey a narrow edge to reach round 4.

Dark Horses should suprise in the Dimitrov section. Marton Fucsovics is a rising talent and after putting away Max Marterer, I’ll take him in an upset against a struggling Dimitrov. Richard Gasquet is struggling as well, and countryman Jeremy Chardy should defeat him after defeating Rogerio Dutra Silva. I’ll go with Chardy into round 4.

A semifinalist in Indian Wells, Milos Raonic looks to be finding form again. He will take on J.L. Struff or Mikael Ymer in round 2, Diego Schwartzman or Nicolas Jarry/Cam Norrie will follow. I’ll go with Raonic over Schwartzman to reach round 4.

Novak Djokovic struggled in Indian Wells, but if he can rebuild his confidence a bit he should defeat Mischa Zverev/Benoit Paire to reach the third round. His Serbian countryman Filip Krajinovic awaits in round 3. Krajinovic faces Bjorn Fratangelo/Liam Broady for a spot in round 3. Djokovic is the favorite in his section but anything could happen.

IW champ Juan Martin Del Potro will face Yuichi Sugita or Robin Haase. Peter Gojowczyk/John Millman will face Kei Nishikori in round 2. A healthy Nishikori should reach round 3, but I’m not sure he troubles Del Potro unless the Argentine is out of gas.

Marin Cilic could be in for a tough match against Taylor Fritz (or Pierre-Hugues Herbert) in round 2, but he should be favored in that match, and against Andrey Rublev. Rublev faces Ivo Karlovic/Vasek Pospisil for a spot in round 3.

John Isner is struggling, but he should defeat Jiri Vesely/Lukas Lacko before facing Gilles Muller in round 3. Muller’s path to that point is getting past either Guido Pella or Mikhail Youzhny. I’ll give Muller a slight edge over a struggling Isner, though Isner could find form here.

Roberto Bautista Agut takes on Chris Eubanks or Michael Mmoh, a tougher test against Hyeon Chung awaits in round 3. I’ll go with Chung to beat Gilles Simon/Matt Ebden, and then RBA to reach round 4 in an upset.

David Goffin takes on Joao Sousa/Ryan Harrison, I have him facing Jared Donaldson in round 3 after Donaldson defeats fan favorite Marcos Baghdatis and Feliciano Lopez. Goffin is my favorite against Donaldson.

The matches in the bottom half look more competitive than the top half, I’ll back Medvedev, Coric, Del Potro, and Chung by narrow margins in their matchups.

Federer and Del Potro should march on, but don’t count Anderson or Coric out. Chung is rising and looks due for another big result at this level.

Federer should get his revenge against Del Potro for the narrow defeat in IW.