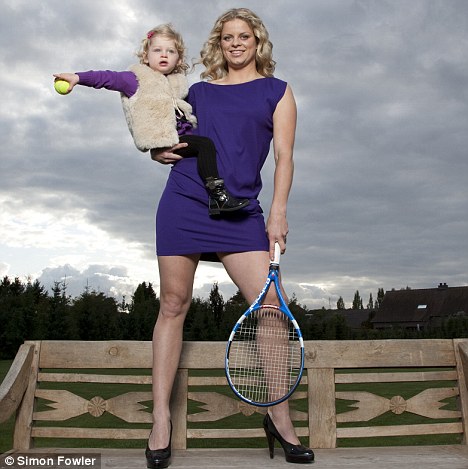 With the entry of Simona Halep and Kim Clijsters in the 2020 Volvo Car Open field, every Grand Slam champion since the tournament moved to Charleston in 2001 has played Charleston. 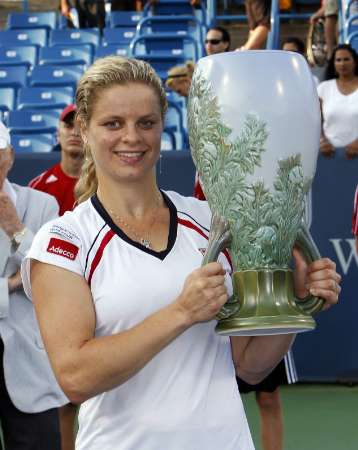 “It’s hard to believe that I’ve never played in Charleston,” said Clijsters. “I’m excited to visit the city and get to play the famous green courts. I can’t wait to see everyone courtside in April!”

The 36-year-old Belgian is returning to tennis because of the love of the game. She holds 41 career WTA titles – the third highest total among active players, behind Serena Williams (72 titles) and Venus Williams (49 titles).

“Kim entering Charleston for the first time brings our prestigious and historic roster of players full circle,” said Eleanor Adams, Volvo Car Open Tournament Manager. “As a member of the Tennis Hall of Fame, an Olympian, a wife and mother of three, welcoming Kim to the Volvo Car Open is incredibly special. A beautiful mover with very clean and precise strokes, Kim is a joy to watch on court… what a gift to our fans!”

“My biggest motivator has been the personal challenge involved – both physically and mentally, I want to test myself again,” said Clijsters. “With so many inspirational athletes and moms competing, I can’t wait to get back on the match court and see what’s possible after having three children.”

The Volvo Car Open will celebrate its 20th year in Charleston in 2020. The tournament relocated to Charleston from Hilton Head Island, where it was held from 1973 – 2000.

The nine-day Volvo Car Open is the largest women’s-only tennis tournament in North America. The event attracts an average of 90,000 attendees and more than 100 of the top singles and doubles tennis players to Charleston every year.

Patrons have the option to choose from individual tickets, ticket packages and travel packages. Ticket prices range from $25 for an individual session to $540 for an all-inclusive weeklong package with complimentary access into a private hospitality suite. The Volvo Car Open also offers packages that include premium seats, ticket savings and membership into the tournament’s Ace Club.

For more information on the tournament and ticket options, visit volvocaropen.com or call 843.856.7900.

Yanina Wickmayer won’t soon forget her 2016 trip to Washington. Almost 24 hours after winning the Citi Open doubles title with Monica Niculescu of Romania, she prevailed in straight sets in the singles final against Lauren Davis, 6-4, 6-2.

Thefinal was sparsely attended, as a result of the intense heat in Washington, where fans had just sweated through an ATP final of over two hours and a long trophy presentation.

Wickmayer got the early break in the first, but Davis hung on after that, resulting for a 6-4 finish. In the second, Wickmayer raced out to a 3-0 lead while looking the worse of the two as far as exhaustion. She stalled for time, walking deliberately slowly, and at one point took a rather long break to speak to the chair about having a ball kid get a trash can in case she needed to vomit.

The sprightly Davis attempted to take advantage of the situation, as she naturally should. She broke Wickmayer at 1-5 and  it was just a matter of whether Wickmayer had a service game left in her. She did, and swept Washington in the process. Throughout the week, she beat Madison Brengle, Shuai Zhang, Kiki Mladenovic and Yulia Putintseva to reach the final.

Lauren Davis Had a Tremendous Week

Davis had an amazing week, taking out Shelby Rogers, Monica Puig, Camila Giorgi and Jessica Pegula to reach her first WTA tour level final. She told Tennis Atlantic that she wants to end 2016 in the top 50 or 60. She was ranked #122 last week, but has now moved up to #104 in the rankings. It could happen if she keeps playing the way she did in D.C.

WASHINGTON (July 23)—Yanina Wickmayer broke early in the first and second set before a small crowd in brutal heat at Citi Open in Washington today to advance to tomorrow’s WTA final, 6-4, 6-2 over Yulia Putintseva.

Putintseva had three double faults and no aces and found herself down 5-1 to Wickmayer in the first before breaking back and hitting 4 aces in the final four games. Wickmayer held on to hold serve when it mattered most, at 5-4. 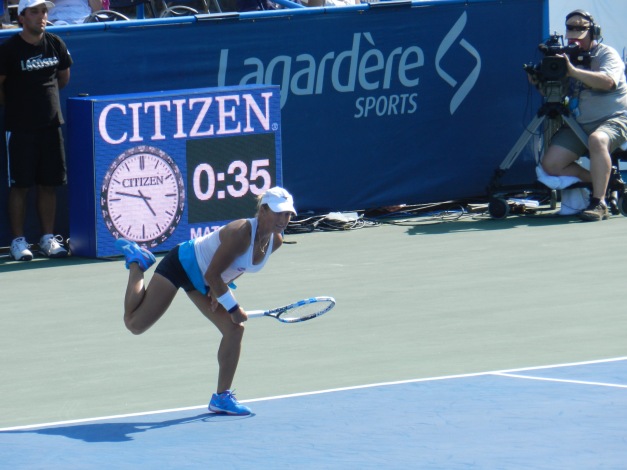 Though clearly in an early match haze, Putintseva seemed composed by the end of the first, and there were expectations that the match would tighten up. After a long first service game by Putintseva to begin the second set, Wickmayer came up with the break and was not letting Putintseva back in this one. Putintseva only managed to win about 20% of her return points. That’s not good enough to advance to a final.

Wickmayer will face either American Jesse Pegula or American Lauren Davis in tomorrow’s final, so she won’t be a crowd favorite. Her title match experience and four titles will make her a prohibitive favorite to become the 2016 Citi Open Women’s Champion.

Robin Haase upset Radek Stepanek to give the Dutch a 1-0 start on Friday, but Tomas Berdych was the pace setter for the Czech Republic, as he destroyed Igor Sijsling to level the tie at 1-1. He then teamed up with Radek Stepanek to beat Haase/Jean-Julien Rojer in the Saturday doubles for a 2-1 lead, and finished the tie with another demolition, this time of Thiemo De Bakker for a 3-1 win.

Sijsling beat Lukas Rosol in the dead rubber to end it 3-2, but really not much in question in this tie.

Kei Nishikori helped Japan oust team Canada with singles wins over Peter Polansky and Frank Dancevic, all without dropping a set, and a doubles win. He teamed up with Yasutaka Uchiyama over Daniel Nestor/Dancevic. That added up to the 3 rubbers wins Japan needed. Dancevic did beat Go Soeda on Friday, and Soeda won the dead rubber over Polansky on Sunday. This tie was never in much doubt, and Dancevic retired in the 2nd set against Nishikori in the crucial match.

In the big upset of the week, Philipp Kohlschreiber and Florian Mayer were heroes for team Germany as they beat Spain 3-0 in live rubbers. Kohli crushed Roberto Bautista Agut and Mayer won a tough 5 setter against Feliciano Lopez, fighting through cramps, to give Germany a 2-0 Friday lead. Then, Tommy Haas/Kohlschreiber beat the talented duo of David Marrero/Fernando Verdasco in the Saturday doubles for the clincher.

Spain got a walkover in one of the dead Sunday singles rubbers and Daniel Brands swept RBA in the 5th rubber.

It was a learning experience for the Aussies, as Richard Gasquet and Jo-Wilfried Tsonga schooled Nick Kyrgios and Lleyton Hewitt, all in straight sets on Friday, and then teamed up to oust the Aussies for good beating of Hewitt/Guccione in the doubles on Saturday.

The dead rubbers were handled admirably by Julian Benneteau and Gael Monfils, who beat the young Thanasi Kokkinakis and Kyrgios respectively.

Andy Murray and James Ward were the heroes, while Sam Querrey and Donald Young were the zeroes for team USA. Murray destroyed Young in Friday singles before Ward came back from a huge deficit against Querrey to win in 5 sets. The American saw his level of play totally collapse from 2 sets up.

The Bryans beat Colin Fleming/Dominic Inglot in the doubles.

Murray needed 4 sets against Querrey, but he played some exceptional clay court tennis in this tie, and helped Great Britain topple yet another cold streak in their tennis history.

The Union Jack is into the quarterfinals.

Carlos Berlocq gave the Argentines hope with an upset of Andreas Seppi in the first rubber, but Fabio Fognini would play the villain. He beat Juan Monaco in the other Friday singles rubber, then teamed with Simone Bolelli to beat Horacio Zeballos and Eduardo Schwank in the doubles rubber, and ousted Berlocq in the fourth rubber to clinch the tie. The 5th was mutually skipped by both teams.

The only tie this weekend to feature a live fifth rubber, Belgium fell short of the comeback on the road. They were down 0-2 after Friday singles with Mikhail Kukushkin beating Ruben Bemelmans, and Andrey Golubev surviving a barrage against David Goffin to win 12-10 in the 5th (saving multiple match points in that one).

Bemelmans and Olivier Rochus would help the Belgians keep the tie alive, winning the doubles over Kukushkin and Evgeny Korolev. On Sunday, Goffin beat Kukushkin in 5 sets, but Andrey Golubev shut the door on this tie, handling Bemelmans in straights to send the Kazakhs into the quarters and the Belgians into the World Group playoffs.

The Swiss mauled Serbia and won the live rubbers 3-0.

Lajovic and Krajinovic would beat Lammer and Chiudinelli respectively in the 2 dead rubbers, but this tie was never close at all.

Action outside the World Group:

Wicky went out with a whimper yesterday

One of the personal disappointments of the week was Yanina Wickmayer’s relatively brief stay in the Family Circle Cup in Charleston. Way back when, a prediction was made on this blog that she was our dark horse for the tournament. After an impressive win over Vania King on Tuesday, Wickmayer bowed out to Yaroslav Shvedova yesterday. So it is Shvedova who will face Sabine Lisicki today instead. Maybe next year, Yanina. Expect to see her in the top 10 in the next couple of years.