Yanina Wickmayer won’t soon forget her 2016 trip to Washington. Almost 24 hours after winning the Citi Open doubles title with Monica Niculescu of Romania, she prevailed in straight sets in the singles final against Lauren Davis, 6-4, 6-2.

Thefinal was sparsely attended, as a result of the intense heat in Washington, where fans had just sweated through an ATP final of over two hours and a long trophy presentation.

Wickmayer got the early break in the first, but Davis hung on after that, resulting for a 6-4 finish. In the second, Wickmayer raced out to a 3-0 lead while looking the worse of the two as far as exhaustion. She stalled for time, walking deliberately slowly, and at one point took a rather long break to speak to the chair about having a ball kid get a trash can in case she needed to vomit. 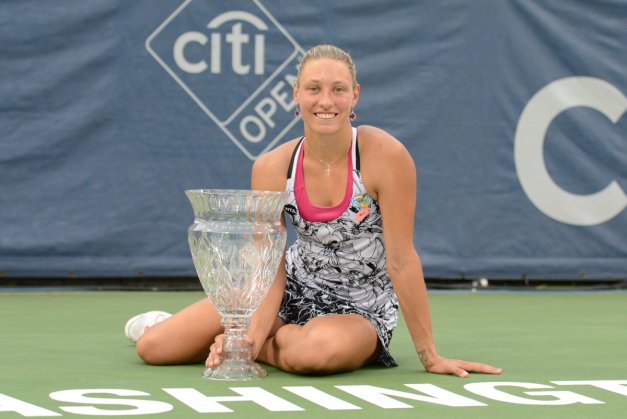 The sprightly Davis attempted to take advantage of the situation, as she naturally should. She broke Wickmayer at 1-5 and  it was just a matter of whether Wickmayer had a service game left in her. She did, and swept Washington in the process. Throughout the week, she beat Madison Brengle, Shuai Zhang, Kiki Mladenovic and Yulia Putintseva to reach the final. 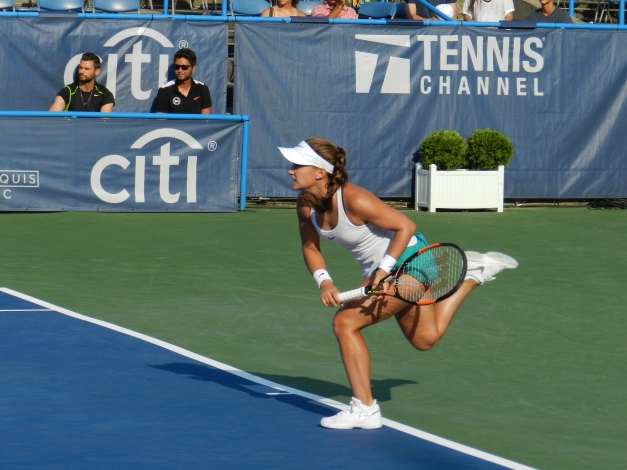 Lauren Davis Had a Tremendous Week

Davis had an amazing week, taking out Shelby Rogers, Monica Puig, Camila Giorgi and Jessica Pegula to reach her first WTA tour level final. She told Tennis Atlantic that she wants to end 2016 in the top 50 or 60. She was ranked #122 last week, but has now moved up to #104 in the rankings. It could happen if she keeps playing the way she did in D.C.