HILTON HEAD, S.C, Oct. 20, 2012 – Shelley Knight can’t really recall the exact moment she realized she had a strong love affair with the game of tennis, she just knows it’s true. And like so many of the 262 collegians competing here this weekend at the USTA Tennis On Campus Fall Invitational, Knight has immersed herself with all things tennis from as far back as she can remember.

The 19-year-old University of Tennessee sophomore is her squad’s Vice President and is already a USPTA Certified Level 3 instructor, having taught tennis at her local park in her hometown of Hendersonville, Tenn., for three years. She has been a USTA Junior Team Tennis Coordinator and has helped organize other tournaments in her area.

Knight says her ultimate goal is to be tournament director for a big-time event someday.

Attention Tennis Industry Association: We think there’s someone you should meet. 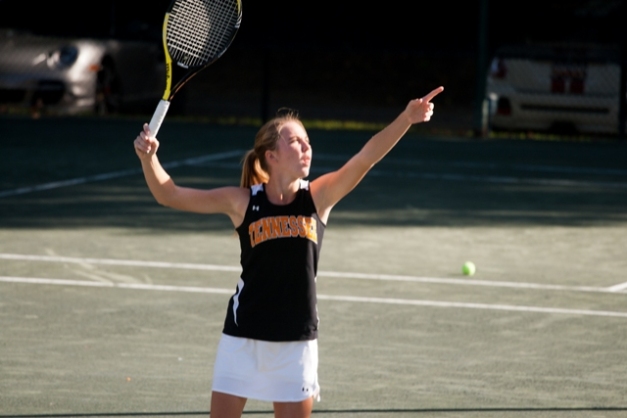 “I discovered my love for USTA tournaments and I know that’s what I want to do for my career,” said Knight, who will assist the tournament director at next month’s USTA Pro Circuit Men’s $50,000 Challenger in Knoxville. “I just love all aspects of USTA events.”

She continued: “I really like that there’s always something to do, and you can never expect what is going to happen next. There’s never stability or the same tournament. It just drives you to do better and put on a better tournament. I’m always asking how can I make this a better tournament? What else can I be doing?”

Knight said she possibly could have played for a smaller NCAA intercollegiate team, but really wanted to attend UT, like most of her family has.

“That’s the great thing about USTA Tennis on Campus,” Knight said. “It gives players like me who may not be able to play on the varsity team for any number of reasons the chance to keep playing after high school.”