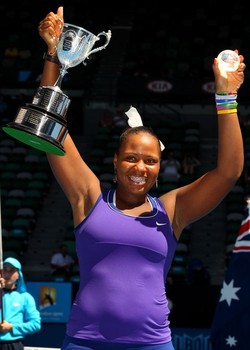 TTT: The extra T is for Thank You from America!

The Southpaw from Stockbridge, GA has struck again. Last night, she worked her way through three grueling sets against Russian Yulia Putintseva to earn the 2012 Australian Open Junior’s Singles title.  This is, of course, not her first Grand Slam title. She won the Girl’s Doubles trophy just a day earlier with fellow yank Gabby Andrews.

Townsend’s powerful serve and groundstrokes allowed her to dominate the first set 6-1. But Putintseva came roaring back and Townsend’s problems at the net allowed the Russian to finish off the second set 6-3. Townsend was down 4-0 in that set and seemed to get her rhythm back at the end of the set.

The third set was as entertaining as an erupting volcano. Putintseva, who had fist-pumped and screamed at almost every point in the match to date, now began to unravel. She clearly was having trouble recovering emotionally after each lost point. I counted 12 racquet tosses and stopped counting. Townsend controlled her errors long enough to allow the young Russian to continue to over-hit balls and Townsend served it out at 3.

Though Putintseva tried to steal the show with her emotions, the night belonged to the American.

After the match, she told USTA.com’s Special Aussie Correspondent Craig Gabriel that she liked the fact that she’d had experience with Hawk Eye challenges during her match on the Pit (Court 17) at last year’s US Open. 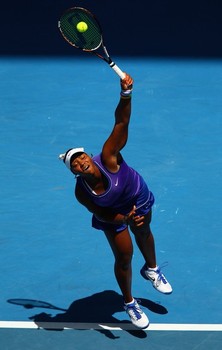 “I didn’t feel like a newbie.  I felt like I knew what I was doing and then kind of went over and clarified with the guys, like, Okay, we get three challenges per set, right? ”

Later, she added that she wouldn’t have dreamed of coming all the way Down Under just to make the trip.

That is such an important point. The personal financial and physical strain on the players and their families are enormous and often-overlooked.

Couldn't have happened to a nicer person!

A great gift from the Open, other than the mantel pieces she earned, was that “I’m so happy I got a towel. That’s what I really wanted!”

Later, she said “I was actually surprised that I saw four towels, like two towels on one seat, two towels on the other.  I was like, Whoa, I’m gonna snag these. That’s exactly what I did.”

Finally, under tough cross-examination by Gabriel about her one towel comment, she admitted: “I now have five”.

Take as many towels as you like, TT. Tennis Maryland would have invaded the laundry room and shipped a hundred back. Let’s hope your towel collection will only be surpassed by your trophy collection.

Speaking of laundry, thanks for doing the dirty work & bailing out the US of A! 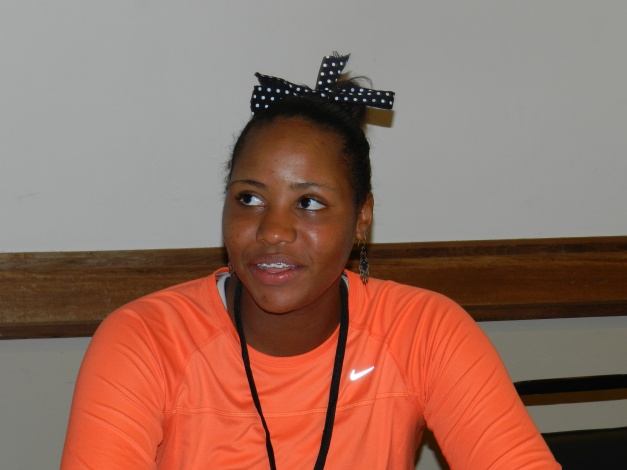