After Qualifying, @KanepiKaia Could be Dangerous at @USOpen 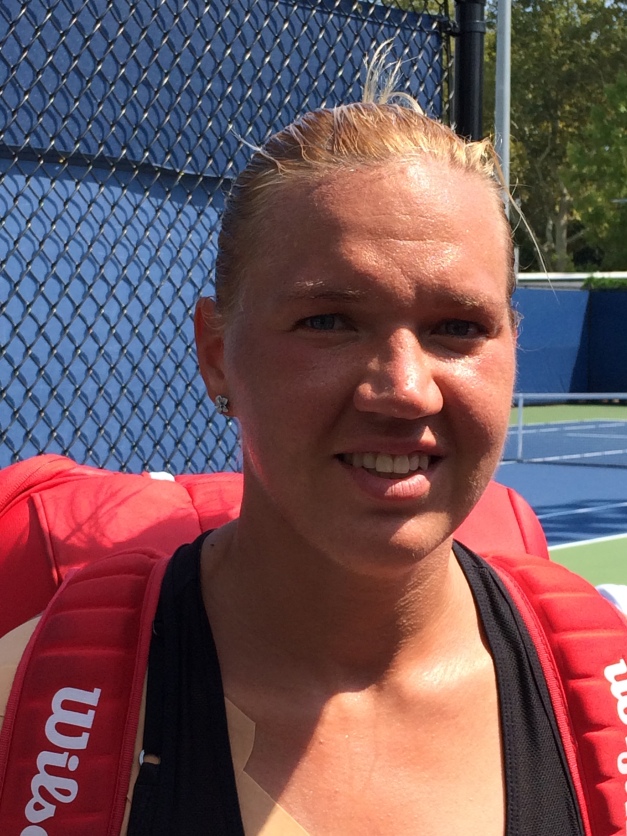 After Qualifying, Kaia Kanepi Could be Dangerous at US Open
Steve Fogleman, Tennis Atlantic

Kaia Kanepi is lurking to bust your bracket. After dispatching Hsieh Su-wei, the #1 qualifying seed in New York last Friday in straight sets, Kanepi is ready for a run. Tennis Atlantic spoke with Kanepi after the 6-2, 6-4 qualifying final on Friday. She’d  previously beaten Nina Stojanović 6-2, 6-2 on Tuesday and went three sets with Louisa Chirico, 5-7, 7-5, 6-2 on Thursday.

“It’s a really amazing feeling, really. I have never done it at the US Open, made it through qualification, so it’s great,” she said. “It suits my game really well,” Kanepi said of the courts and conditions in New York. “I get a lot of support here and the Estonians love New York like I do,” she added.

Despite numerous injuries throughout her career and even a case of mononucleosis, her four tour titles and five Grand Slam quarterfinals, including the 2010 US Open, render her a serious threat. She won two tournaments this summer in Essen, Germany and Parnu, Estonia. Though those titles might not put the fear of god in her opponents, her resolve through qualifying at 11368–the zip code for the US Open–should.

She draws Francesca Schiavone on Tuesday in Round 1. Schiavone at #77 and Kanepi at #418 may look like a mismatch on paper but it’s not that simple. Though the two haven’t played in 5 years, the Estonian took the last two, with the last match a 6-3, 6-0 runaway by Kanepi in 2012. The winner of Tuesday’s first round match gets Lesia Tsurenko or Yanina Wickmayer. A Round 3 matchup could be against 6 seed Angelique Kerber, if either Kanepi or Kerber make it that far. And they’ve split their four tour head-to-heads.

You heard it here first. Kanepi could spell big trouble in this part of the draw.