NCAA Champion Nicole Gibbs already has a wild card to the main draw at Flushing Meadows next week, thanks to her stellar season at Stanford. The best way to warm up for a Slam is to win in a WTA main draw. She did just that on Monday against Alexa Glatch. As a result of that debut main draw win, she’s earned the right to face 2011 Wimbledon Champion and world #5 Petra Kvitova tonight under the lights of Stadium Court at New Haven for a place in the quarterfinals.

I spoke with her on Monday about the Open, the NCAA rule change proposals, her decision to stay in school and what keeps her motivated. I’d tell you what she said, but you’ll have to watch the video as I am horribly late for the ITF matches in College Park, Maryland this morning. Let’s just say that the NCAA protest movement has found its new leader! 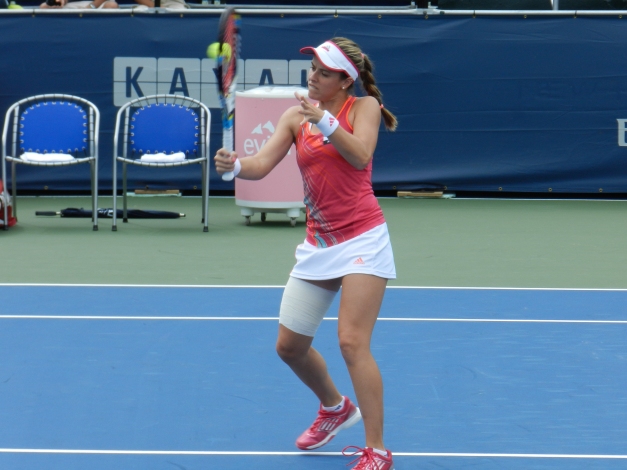