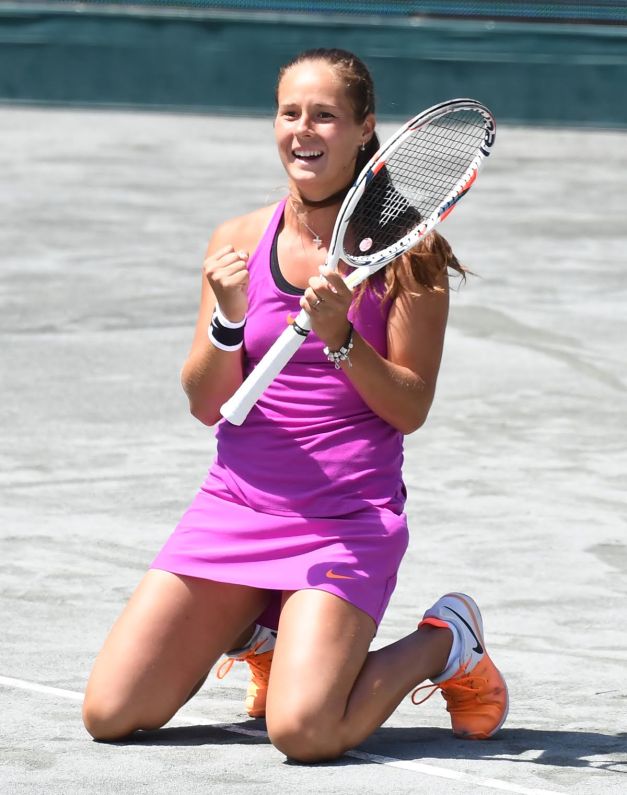 Kasatkina played steady and seemed unnerved being in a WTA final. She played consistent, mixing up power and slice throwing off Ostapenko’s power game.
The serve of Kasatkina was the key advantage over Ostapenko by winning 69% first serves points to 57% from Ostapenko. The match lasted one-hour-and-six-minutes.

Ostapenko said she wasn’t feeling the ball as well as she had been during the tournament. “It was just probably not my day,” Ostapenko said.

After the win, Kasatkina dropped to her knees on the green clay before rising with her mouth covered holding back the tears. That didn’t last too long as she wept in her chair just before the trophy presentation.

The tears kept flowing during her winner’s speech thanking all of her family and coaches in her player’s box.

“I don’t realize it yet, so I’m just enjoying it every moment, every second. And really, when I was on the court after the last point, I just wanted the moment to stop because it was one of the best moments in my life,” Kasatkina admitted in post match press.

With a great week now behind the two teen stars, Kasatkina will jump into the Top 30 while Ostapenko will reside in the Top 50 as they both look forward to the European clay court season leading up to the French Open.

The World’s No. 1 doubles team and the tournament’s No. 1 seed Bethanie Mattek-Sands and Lucie Safarova downed 4th seed team of Lucie Hradecka and Katerina Siniakova in a third set, super tiebreak 6-1, 4-6, 10-7 to win their first Volvo Car Open coupled together as a team.