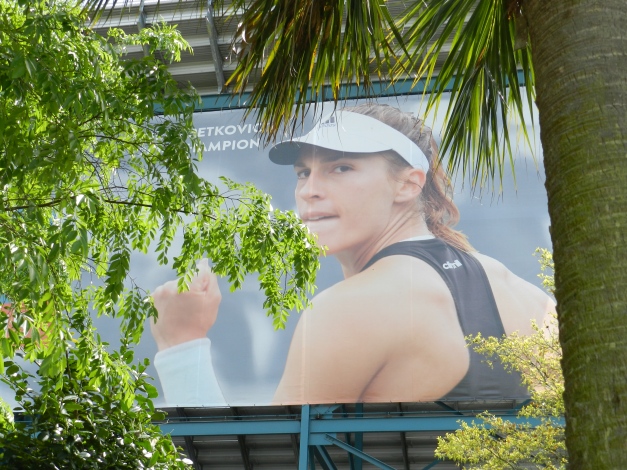 Last week, I returned to the former site of the longstanding Family Circle Cup at Charleston where I had worked as the Media Center Manager for six years. In it’s second year, the Volvo Car Open has taken over the reins and even though the name has changed, the faces that have worked there for many years are still the same.

This year I had to opportunity to shoot photos and do some writing for Tennis Atlantic; thanks to Stephen Fogleman for allowing it to happen.

Going back to Charleston for me is like going back to my college for an alumni reunion weekend. It was so much fun seeing Tournament Director Bob Moran and Tournament Manager Eleanor Purcell once again. Each person I came across offered a warm greeting and a handshake or a hug.

When I first arrived on site in 2007, I was hired by then Communications Director Mike Saia. I had known Mike for many years when he lived in my hometown of West Pittston, PA, which is centered between Wilkes-Barre and Scranton.

When I received the invite in late 2006, I was still recovering from cancer surgery and was unsure about taking the job. After asking myself, “When will I ever get the chance to work behind the scenes of a world-class tennis tournament like the Family Circle Cup?” I said yes.

After all, when I was a much younger man just getting interested in playing and watching tennis, one of my favorite events was watching the Family Circle Cup on TV from its original location at Hilton Head Island.

Being a northerner, watching tennis at a warm climate was great for me after coming out of wintry conditions of the north. I mean, there were palm trees!

When I first got into tennis, it was towards the end of the tennis boom of the late 70s and early 80s. For the men, there was Borg, McEnroe, Connors, Gerulaitis, Nastase and Ashe. The women had Evert, King, Navratilova, and Goolagong.

Little did I know that years later I’d be working at the same tournament I grew to love watching on a chilly spring day with the likes of Bud Collins doing commentary.

When I arrived at the 2017 Volvo Car Open many of the names I was familiar with in recent years such as past winners like Jelena Jankovic, Sam Stosur, Caroline Wozniacki, Andrea Petkovic, and Venus Williams were still at it and entered. Defending champion Sloane Stephens was on site but due to injury did not play. 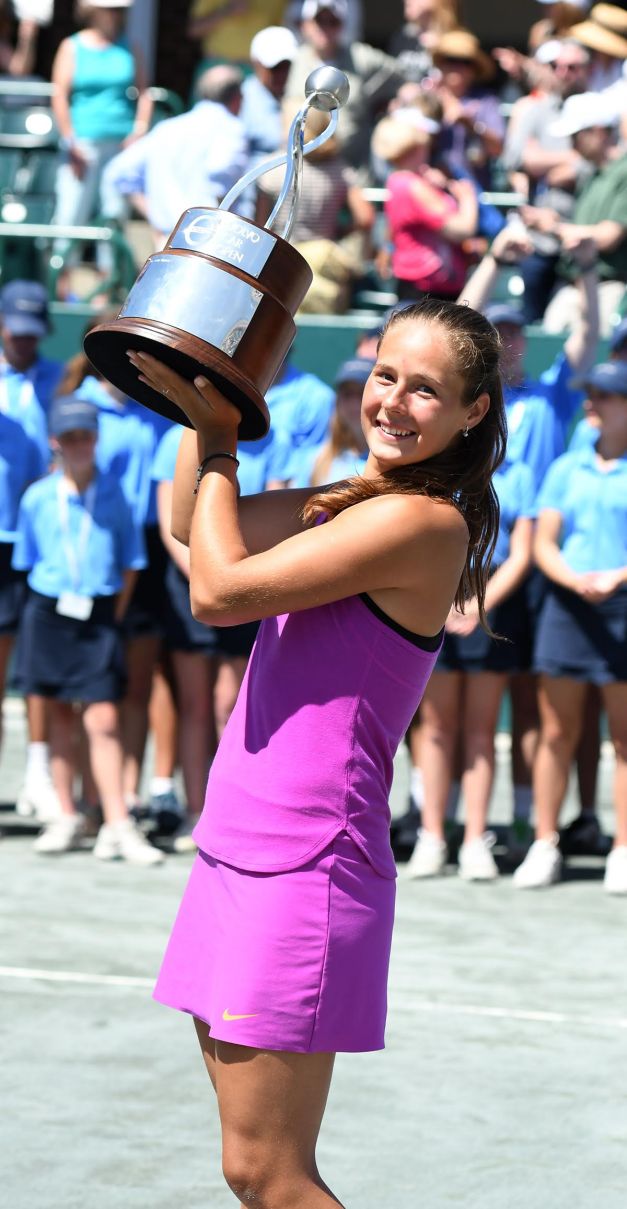 Mixing it up with the old guard were some of the rising stars of the WTA giving it a shot to be named champion alongside those above mentioned. Players like Charleston native Shelby Rogers, Naomi Osaka, Jennifer Brady, Fanny Stollar, Katerina Siniakova, Daria Gavrilova and of course the two 19-year finalists, Jelena Ostapenko of Latvia and eventual winner Daria Kasatkina of Russia.

I really enjoyed being a part of media instead of taking care of media in my former role. I don’t miss working on site for 11 days in a row with only 4 or 5 hours of sleep a night. Getting to the Tennis Center for 7 a.m. meetings was exhausting and somewhere during mid-week, I became completely numb to everything riding on fumes.

I did just about all I could with the exception of grooming the courts. I ran audio for special appearances at the Grand Lawn, I wrote content for the website and the event program called The Daily Slice. I even ran the handheld camera for on-court interview with match winners to be shown on Center Court’s big screen TV.

In 2008, I had my fondest memory in all the years I was a part of this great event; to work with Bud Collins for the entire week. I was designated Bud’s handler taking him to his appearances, going to lunch or dinner, and working with him during those on-court interviews.

Traveling with Bud was his wife Anita, who to this day has remained my friend even with Bud’s passing in 2016.

I got to see how the genius of tennis worked and how his mind was so sharp. His tennis knowledge was astounding and there were times when I had to pinch myself to see if I was not dreaming that I was with the legend himself.

Traveling around the site with Bud, our attention turned to other things like family and health. I found out that Bud was a month younger than my late father and he and I both were afflicted with prostate cancer.

After the tournament was over, I decided to purchase the Tennis Encyclopedia written by Bud. I wrote to Anita and within days, my copy arrived with a personalized message to me from Bud – I’ll always cherish it.

That’s the nice thing about a tournament the size of the Volvo Car Open held on Daniel Island: it’s intimate and you can get close to the players and personalities thought the site.

It’s amazing what Bob Moran and Eleanor Purcell Adams do with a nucleus staff of about 15 full-time employees who work daily at the Family Circle Tennis Center. To put on a major sporting event is a mammoth effort and it takes a village – approximately 400 volunteers help put on this event. From the ball crew, to vendors, to ushers to media center helpers to gate people to security; all pitch in to make the tournament a success.

No matter who sponsors the tournament at Charleston, it’s always going to be a first-class run organization featuring great southern hospitality, great weather and 56 of the top women tennis players in the world.

Thank you to Arielle Alpino and everyone at VCO Media Staff!—Ed.