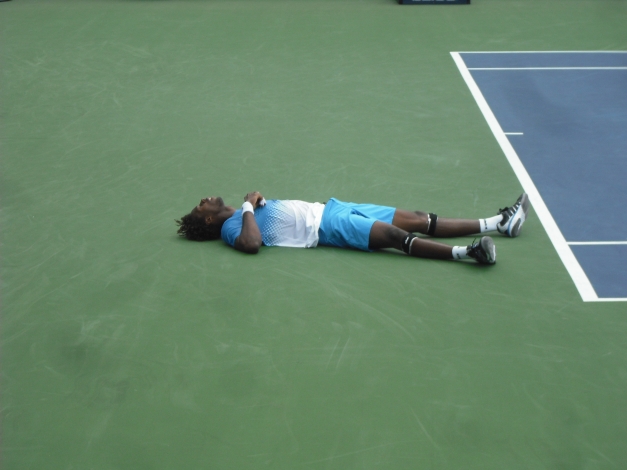 As Morrissey once said, "You have Killed Me"

This has been a stressful US Open. Between the weather, the warped courts, the men’s mutiny, recriminations that men are treated better than women, empty Arthur Ashe, the recurring roof ramblings and all of the court changes, Tennis Maryland sincerely believes that players, fans and officials will need months of group therapy to overcome the demons of Flushing Meadows.

While we’re all in this together, it feels as if the real battles of US Open 2011 have been fought off the courts. Now that we’re in semifinal mode, let’s hope that the stellar play of the next three days erases the memories of the last week.

We’re going to pick Angeliquie Kerber to upset Samantha Stosur tonight. We said it. That will be the last upset we pick in this tournament. Three sets, two tie-breaks. Kerber is already 1-0 on Grandstand and 3-0 on Court 17 this fortnight. If the match were to be held on Ashe, we wouldn’t give her a great chance. Stosur’s already won two matches on Armstrong, so she would have been ready to play in Ashe in a comfortable setting. Venue is always important in tennis. That’s why we’re going long and predicting Angelique.

In other news, Djokovic will beat Federer and Nadal will destroy Murray this afternoon. In the least shocking prediction, Serena will do a defensive linesman’s war dance on Wozniacki’s lifeless game tonight.