We’ll be rapid-fire tweeting at the Racquet Club of the South in just four days time, so we thought we’d give you some other important handles to follow on The Twitters. And we’re doing it in the form of an awards ceremony:

CoCoVandeyCoCo Vandeweghe
Honnie’s (my little sister) first driving lesson through the mean streets of Newport beach! Picture to follow, btw she is 8
10 Dec 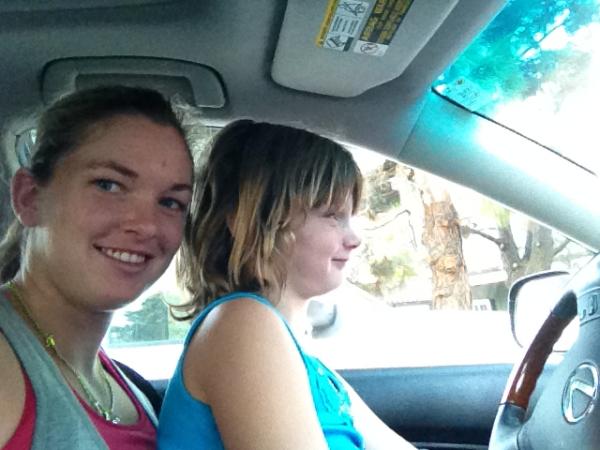 @CoCoVandey: Vandeweghe is a regular tweeter. With 370 tweets and 1320 followers, she displays good form. The photos are sometimes a bit TMI, but that is easily forgiven. She even posted a boxing video yesterday. And then there’s the friendly romantic banter between Vandeweghe and fellow “TeamBHCV” mate Bobby Hansen @bobbyhansenjr), a pitcher for the Washington Nationals who looks up to her on twitter with only 90 followers.  Vandeweghe boasts a very revealing account. Respect. But be careful out there. We know you’re not really letting an 8 year-old drive, but those folks over at Child Protective Services can be a humorless bunch.
@Melanie Oudin seems to have abandoned her account in 2010.

No other women wild card contenders seem to have a twitter account, although someone obviously beat @MadisonKeys to the name.

The winner is easily @CoCoVandey by default. This is top-notch twitter. Even if she had competition in the medium, she could probably fend off any serious challenger.

@BobbyReynolds82 has less than a hundred tweets and 440 followers. His tweeting is recent and interesting, such as his recent tour through Pittsburgh. We love his taste in sandwiches, but don’t care for the Steelers.
Half of a world famous sandwich. #primantis http://pic.twitter.com/o4RXQpkq

@JackSock has 257 tweets and over 5,000 followers. Let’s say he’s more of a re-tweeter. The following retweets all occurred in the same day:

juanrftenisJuan Carlos Garrido
@JackSock RT for your mexican fans
Retweeted by @JackSock
@JesseLevine7 has 270 tweets and over 4,000 devotees. Standard twitter fare here, and things we can all relate to, like Shania Twain watching us play tennis.

@DenisKudla has the highest total of tweets of all Wild Card contenders (416) and 1,300 followers. His twitter feed is managed like a presidential candidate’s in that he hasn’t let his guard down or tweeted anything too personal. Perhaps the most embarrassing information we found was his prediction that the Philadelphia Eagles would win the Super Bowl this year.

deniskudla
@SportsTalkPhila my prediction is they win the super bowl this is the year!
11 Aug
Who takes our Best Male Twitter Account award? Kudla by a nose over Sock and Reynolds.

Don’t forget to follow them if you haven’t already and remember to follow @TennisMaryland for constant updates of the ‘Plunder for Down Under’ starting this Friday.