The unseeded Thomaz Bellucci ran the gauntlet in Gstaad, defeating Blaz Kavic, 4 seed Mikhail Youzhny in 3 sets, 5 seed Feliciano Lopez, Grigor Dimitrov and finally top seed Janko Tipsarevic to win the title in Gstaad, Switzerland. Bellucci dropped the 1st set to Tipsarevic but came back and took the 2nd and 3rd sets to win 6-7, 6-4, 6-2, denying Tipsarevic his 2nd straight title. Bellucci has not had the best year but this is a much needed boost.

Tipsy did beat Martin Fischer, Jan Hernych and a rejuvenated Paul Henri-Mathieu to reach the title. Mathieu had knocked off Stanislas Wawrinka, the 3 seed and Ernest Gulbis en route to the semis. Grigor Dimitrov did some damage at the bottom of the draw, beating 6 seed Julien Benneteau, qualifier Dustin Brown and Lukasz Kubot to reach the semis. Kubot had beaten 2 seed Marcel Granollers in the previous round. 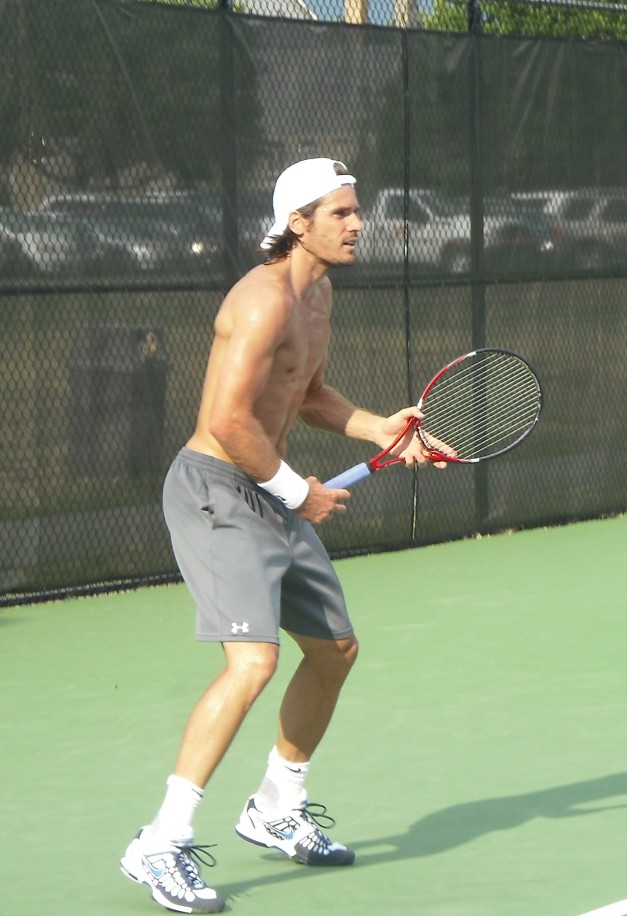 Germans wanted a title for their Haas-elhoff, but it was not to be

Juan Monaco denied Tommy Haas and German fans of a home victory, winning the final in Hamburg 7-5, 6-4. Monaco has burst into the top 10 and is having a great year. He beat Cedrik-Marcel Stebe, Daniel Munoz-De La Nava, Jeremy Chardy and top seed Nicolas Almagro to make the final. Almagro had beaten another German, Phillip Kohlschreiber in the previous round.

For Haas, he continues his surprising play this year and his late career resurgence. He beat Martin Klizan, upset 2 seed Gilles Simon in 3 sets after dropping the 1st, countryman Florian Mayer and a talented Marin Cilic to make the final. Cilic, the 4 seed, did well to make the semis, earning wins over  Flavio Cipolla, Fredrico Delbonis, and Albert Ramos.