THURSDAY IS ‘GAMEDAY’ AT THE USTA TENNIS CLASSIC OF TROY

With a Thursday night football game against Western Kentucky on the Troy  University campus, the vibe carried over to the Lundsford Tennis Complex as it became “gameday” in a tennis sense with all 12 second round matches taking place in both singles and doubles at the USTA Tennis  Classic of Troy.

To honor the “gameday” theme in Troy, the Troy  University Cheerleaders and T-Roy, the mascot, paid a visit to the tennis complex and met with players, fans and officials.

The day  started with an interesting matchup between top-seeded Michelle Larcher  De Brito of Portugal and rising American Lena Litvak. 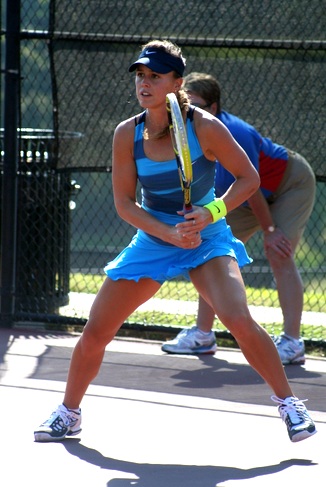 Larcher De  Brito showed why she’s a top-100 player, moving Litvak around the court and pounding forehands for winners on the crucial points.

“My forehand has always been my strongest side. She made me hit a lot of  “inside-outs” and work the points to win them,” summarized a happy Larcher De Brito.

The star from Portugal says she’s happy to be winning rounds in Troy. “I love it here,” she said. “Great atmosphere and I don’t mind playing here at all.” 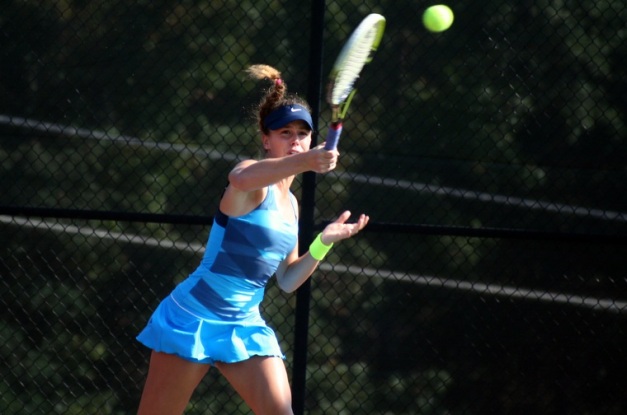 “It’s about the points and I’m close to being in the main draw at the Australian (Open), so I’ll play whenever I can.”

She also said she’s excited about the possibility of attending the Troy University football game on Thursday night.

In a much-anticipated battle of young American stars, Grace Min had a little too much for one of the top junior players in the country, Brooke Austin.

Min made very few unforced errors and Austin appeared  nervous throughout the one hour match as the Lawrenceville, Georgia  resident Min took it 6-2, 6-2. 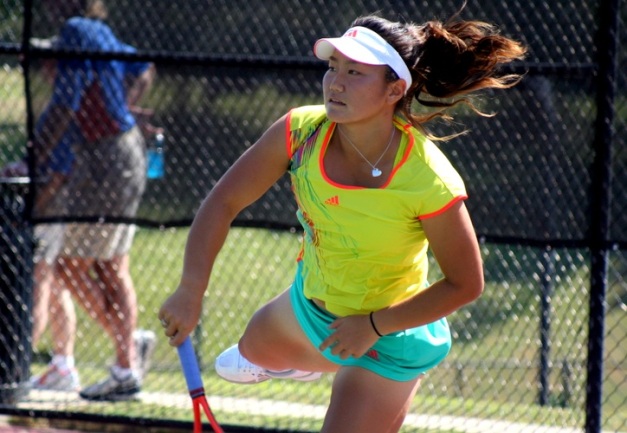 Min said she couldn’t remember ever playing Austin in a tournament before.

Next up for Min is Larcher De Brito. These two have split the two matches they’ve played in 2012.

“I’ve played her twice this year already, and she’s a great competitor,” explains Min. “I know I’m going to have to earn it.”

One of the most watched matches of the afternoon was a doubles match between Troy University’s Hannah Toro and University of Virginia  student-athlete Maci Epstein. 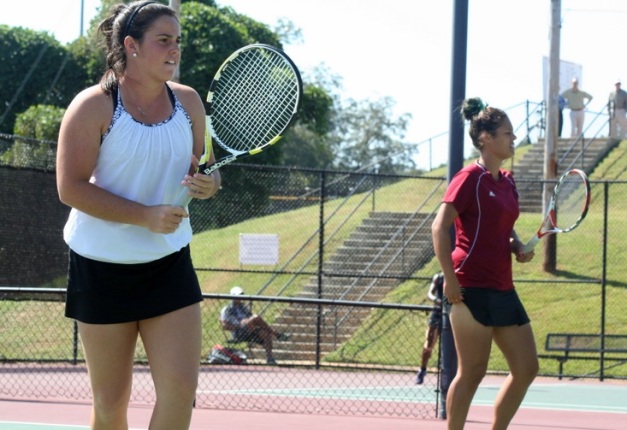 This college duo scored the biggest upset of the tournament when they defeated the second-seeded doubles team on Wednesday in three tough sets.

Unfortunately for  the fans that showed up in the afternoon heat, the college kids fell to an experienced Russian pair in Rodionova and Angelina Gabueva 6-4, 6-2.

Thursday also marked the second kid’s clinic of the week and about 100 area kids took a field trip from school to hit some tennis balls with the  professionals and then watch the tennis action.

“These kids are  getting to see and meet players from all over the world,” explains  tournament director and Troy University tennis coach Eric Hayes. “They  get away from school, eat some lunch with us and they will remember this day.”

The “gameday” theme continued into the night as the tennis tournament provided tickets and a tailgate for players, coaches and  officials to attend.