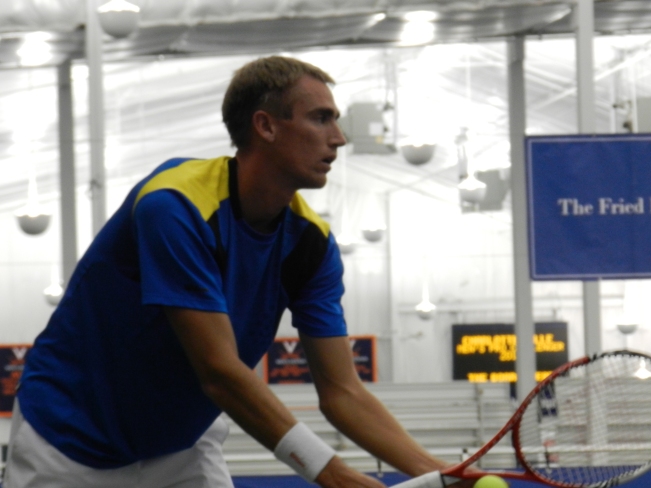 Charlottesville is a great town. The only problem is that to get there from Baltimore, you have to drive through congested Northern Virginia. Thanks to the sprawl, I missed the Alex Kuznetsov/Brad Klahn match, but it went three sets. Then, Izak Van der Merwe won a close three setter over JP Smith and you could hear the officials and tournament staff worried about a long night. Those fears dissipated when Alex Bogomolov bested Rhyne Williams in straights and Tournament Director Ron Manila decided to play the back-to-back show court doubles matches simultaneously on separate courts.

Williams had a good run this week. It ended against 2 seed Bogomolov.

That brought on Kudla and Devvarman, which may go down as the best-attended match of the Challenger. It was a purely partisan crowd for UVa alum Somdev Devvarman, but they were very polite to Denis Kudla, a Virginia resident himself.

Denis was less polite to Devvarman and dominated the 58 minute match. “Dominate” and “58 minutes” really are redundant.

This was the first day of the tournament where a seed did not fall, and all four of these semifinalists could grab the 90 ATP points for being crowned the champ. 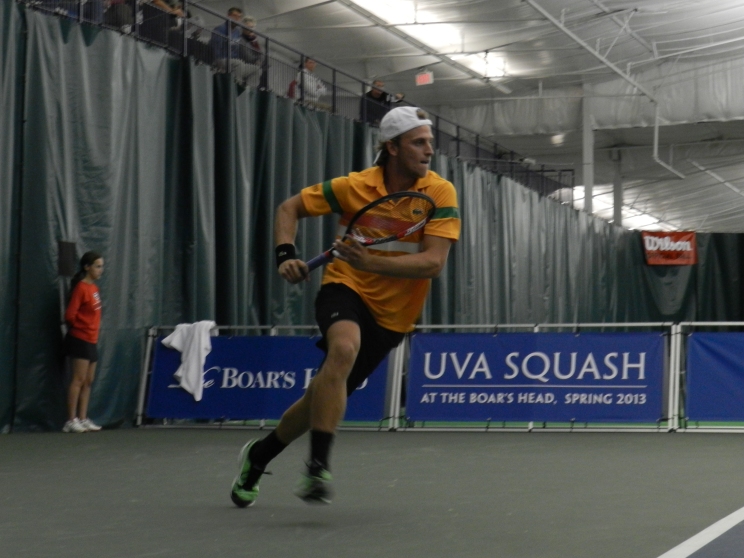 Great fans and a wonderful staff made this an enjoyable day of tennis. Perhaps the best thing a blogger could ever expect is a walk-off interview within seconds after the player wins a match. On the ATP and WTA events of a larger scale, media requests often have to wait an hour or more, while players shower, massage or eat. Not on the Challenger circuit. You get them sweaty and out-of-breath, but both the blogger and the player can get out of the facility and get ready for tomorrow. That video interview will be up tomorrow.

The semifinals are set at the Charlottesville Men’s Pro Challenger and the Order of Play is posted below.