Weehawken, NJ (March 21, 2013) – Longines, the official timekeeper and partner of the French Open, announced today an expansion of their pioneering youth tennis initiative, Longines Future Tennis Aces – On the Road to the French Open, by partnering with the USTA Boys’ & Girls’ 12s National Spring Championships. As one of the nation’s most prestigious amateur tennis tournaments, the highest-ranked 256 players in the country will come to compete April 7-12, 2013 at the USTA Boys’ & Girls’ 12s National Spring Championships presented by Longines, hosted by the City of Delray Beach.

The Spring Championships will serve as the U.S. qualifier for Longines Future Tennis Aces with the winner of the Boys 12s singles division earning a once-in-a-lifetime trip to Paris to play against qualifiers from 16 other nations. Participants must be born after June 1, 2000 to be eligible for the grand prize. Names of top-ranked athletes to compete will be announced at a later date.

In addition to winning an all-expense-paid trip and the opportunity to play tennis in the center of Paris, the U.S. qualifier will compete to receive financing for his tennis equipment until his 16th birthday, courtesy of Longines.

Rachel Lim of Briarcliff Manor, NY, won the Longines Future Tennis Aces qualifying event last year and represented the United States at Roland Garros, where she competed against 15 girls, 13-and-under from every corner of the world. 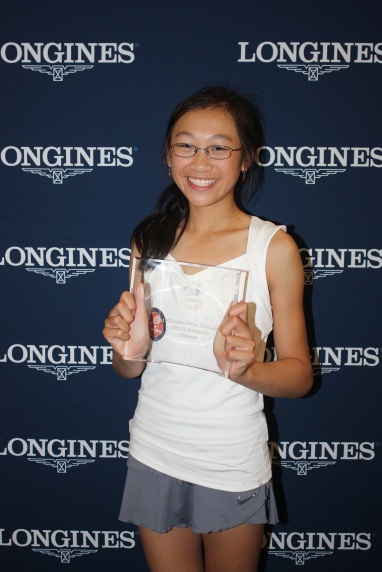 Longines is the proud Official Partner and Timekeeper of the French Open at Roland-Garros since 2007. Longines Future Tennis Aces – On the Road to the French Open is part of Longines’ global commitment to support and develop tennis’ superstars of tomorrow. All the players who qualify for the tournament will have the opportunity to visit the red-clay courts of Roland Garros and attend a French Open match.