I will be in lovely Tallahassee once again for the Tallahassee Tennis Challenger, providing onsite coverage of the 50k, now held on Har-Tru clay, Monday through Wednesday. As a lead up to that, here is a preview of the men’s qualifying draw.

The top qualifying seed is Australian Greg Jones, a formerly accomplished junior player (including the finals of the 07 Junior French Open). He most notably qualified for the ATP Auckland this year, where he upset Jurgen Melzer in the first round. He is currently ranked 300 but has been as high as 179 in his career.

Ilija Bozoljac, who made a name for himself in the recent Serbia-USA Davis Cup tie, is the 2 seed, and will play pre-qualifying tournament wild card winner Stephen Watson or Luka Gregorc of Slovenia, who was once a top 200 player. 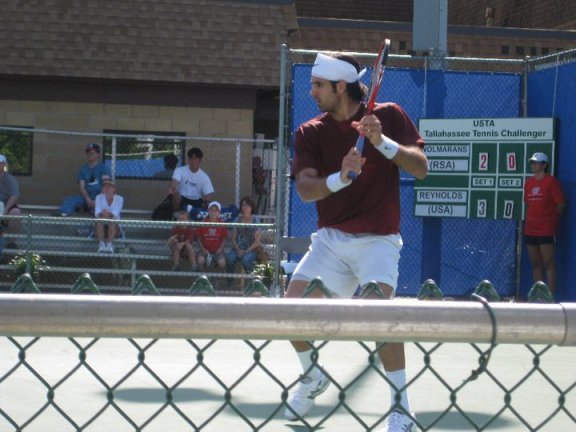 Christian Harrison will play 17-year-old Dante Saleh in a battle of American youngsters, while former Texas A&M player Jeff Dadamo will take on Sekou Bangoura, a former University of Florida player in another all SEC battle.