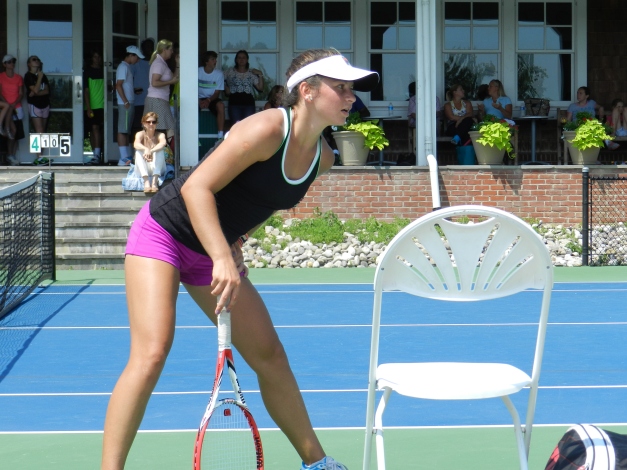 Last month, when the Citi Open announced that the Junior Tennis Champions Center would host their first annual Wild Card Challenge, the JTCC trotted out their big names as marquee participants. Francis Tiafoe and Usue Arconada headlined the event, and the JTCC didn’t disappoint. Yesterday, Tiafoe and Arconada nabbed qualifying wild cards to the Citi Open in Washington next month, and they both did it in straight sets on a scorching day on the blue hard courts on which they train.

For Arconada, it’s a return trip to Washington. Last year, she became the second-youngest player in WTA history to win her debut qualifying match. Last year, she was given a wild card. This year, she earned it by besting Skylar Morton 7-6(4), 7-5 in the final of a 29-player tournament. Morton was noticeably affected by the heat in the second set of yesterday’s final, wherein she got sick right before serving for set point of the second set.

“I had a pretty nice run. I had some good matches. Had a good match against Skylar today and that was great. We had a long match in the sun. It was really hot out there, but I got it through.”

As far as the heat, Arconada said that “Skylar had a little trouble with the heat. She’s been training here for the past 6 months while she’s taking a break from college. I was feeling a little nauseous after she threw up. I did not like seeing that”.

“It’s pretty hard, but when you step on the court, you don’t think about your friendship”, she said.

Tiafoe also defeated a friend yesterday to win the Wild Card Challenge, and it happened to be Usue’s brother, Jordi Arconada. Tiafoe showed off his dazzling forehand in the 6-1, 7-6 win. This will be Tiafoe’s first time as a player at Citi Open, a tournament he’s been attending as a fan since he was five years old.

Look at you, JTCC. Looking strong! 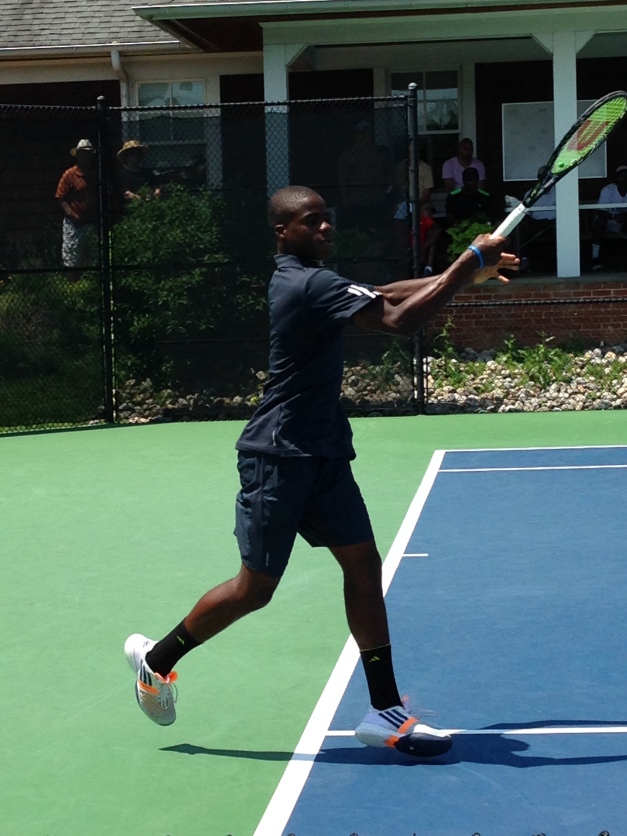