A Beast On Court, A Gentleman Off Court: @StefanKozlov @CitiOpen 2014

A Beast On Court, A Gentleman Off Court: @StefanKozlov @CitiOpen 2014

I was lucky enough to see Stefan Kozlov’s first pro match in Newport last year, and I don’t remember him being so animated in that one. He was low-key in the Newport press conference, too, so I was enjoying his antics during a tough three set loss to top qualifying seed Sam Groth at the Citi Open in Washington, DC today. There were fist pumps, come ons, some self-loathing, and it all made for some awesome tennis viewing. Andy Murray got nothing on this American.

The best part is that he’s a perfect gentleman as soon as the match ends. He made sure to comply with every autograph request and an hour later, he was totally cracking up on his iPhone with some anonymous jokester.

It was a good thing Chris Levy (@tennis_shots) was there, or I’d just have to tell you about it.

He’s a Class Act. Big Ups, Stefan. We’re all pulling for you to bring it home to ‘Merica. 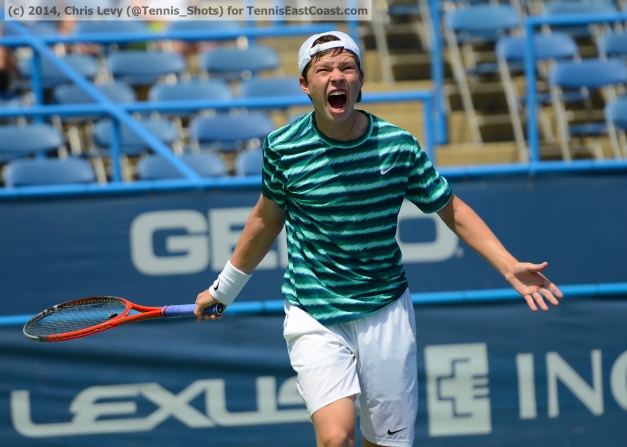 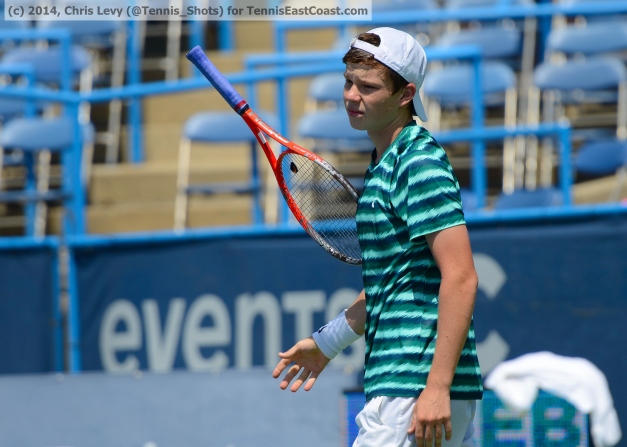 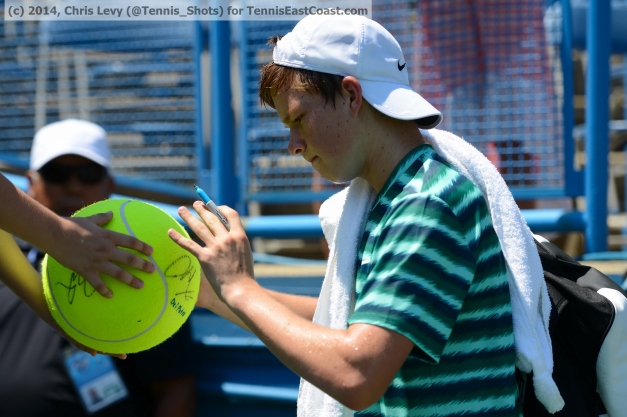