After a week full of surprises, the WTA reaches Mexico, and Qatar for the tournaments held in Acapulco and Doha.

The Abierto Mexicano TELCEL first started as an ATP event in 1993, but in 2001 it welcomed the WTA tour and has since become a regular on the calendar. It is hugely popular among the players, as they have voted it the WTA’s International Tournament of the Year seven times and the WTA’s Tournament of The Year/Americas in 2014.
Four players have won the title two times in their careers: Amanda Coetzer, Sara Errani, Flavia Pennetta and Venus Williams. Dominika Cibulkova is the defending champion.

One name stands out from the rest, and that is Maria Sharapova. We also have Rio winner Sara Errani as the number two seed. The rest of the field is filled with top 50 players. 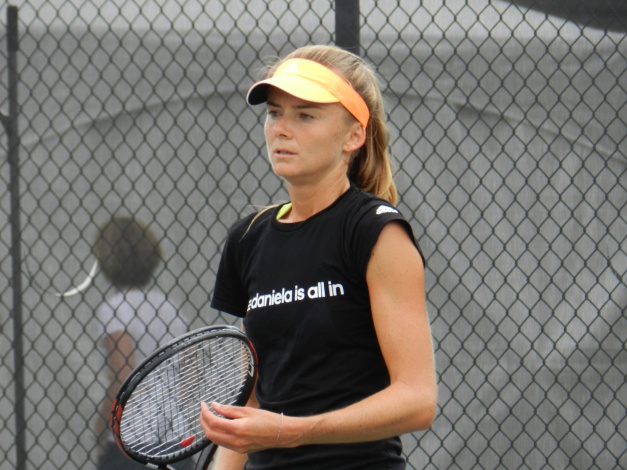 Daniela Hantuchova vs Lauren Davis
Hantuchova only missed out of a seeding by one ranking position, whilst Lauren Davis is only ranked 10 places behind the Slovak, so naturally it may end up being one of the tightest round one matches. Hantuchova is having a good year thus far after winning the Pattaya title two weeks ago, and despite the hammering she received from Simona Halep last week, the 31 year old will be in fine spirits heading into this tournament. Lauren Davis started the year well in Auckland, but she has only won one match since. Then again, she hasn’t played since Melbourne. The American has one thing in her favour, and that’s the head to head. Davis leads 1-0 after defeating Hantuchova in Eastbourne last year. Hantuchova is in much better form this time around though, and Davis’ form is unknown with her not playing a match since the Australian Open. I expect a much tighter match this time around. 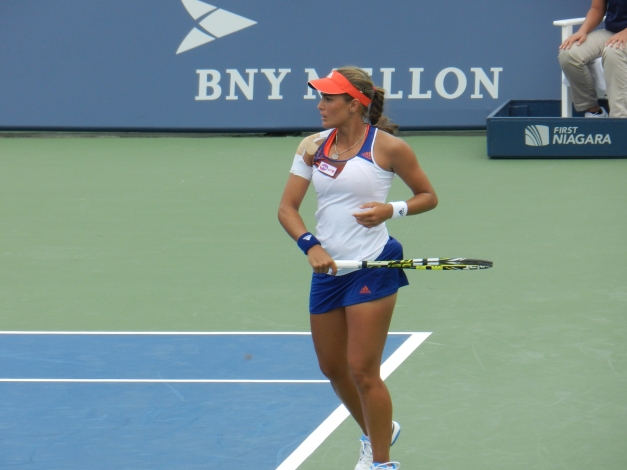 This is a match to watch simply because we could be seeing a lot more of these two in the future. Puig is just shy of the top 50 at the moment, sitting at number 51 in the world rankings. Smitkova is 10 places behind the Puerto Rican, and holds a decent 3-3 record this year including an impressive win over Mirjana Lucic-Baroni in Melbourne. These two young guns met at the US Open last year, and it went the distance with Puig coming out the victor. The world number 51 will be favourite, but I sense that this has potential to be a close three setter than could go either way.

One name stands out In the top half, and that is Maria Sharapova. The world number two is a surprise inclusion in this tournament, with it only being an International tier event. Maybe she is here because Grigor Dimitrov is too? Either way it’s hard seeing Sharapova losing to anyone in the draw, let alone anyone in this half. The most interesting story of the first quarter is who will face Sharapova in the quarter finals. I believe it will be the winner of Daniela Hantuchova vs Timea Bacsinszky in the second round. The Swiss has been in fine form this year with her only losses coming against Garbine Muguruza and Simona Halep, but she hasn’t played a tour match since the loss to Muguruza in Melbourne. If Timea shows the form from the Australian swing, then she should make the quarter finals here, but she’ll likely lose to Sharapova at this stage.

Sharapova’s semi final opponent will be decided by the eight players in the second quarter of the draw. The top seed in this section is France’s Caroline Garcia. The third seed has the talent to make a successful career, but she has often shown a lack of effort during her matches. If she bothers to show up however, she should find herself in the semi finals, despite some stiff competition from the likes of Bethanie Mattek-Sands and Madison Brengle. 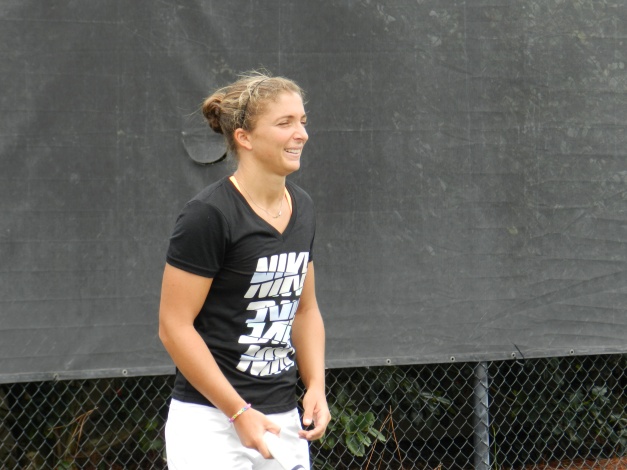 Number two seed Sara Errani will be heading into Acapulco full of confidence after winning her 1st title of the season in Rio last week. The Italian will be looking to continue her climb back towards the top 10 here, but she will have to get through some dangerous outsiders if she is to do so. Puig or Smitkova will await the world number 12 in round two, and with the tournament not being on clay anymore, she could find herself in a bit of trouble. However, form and confidence will no doubt do her wonders to I expect Errani to make the quarter finals to face her doubles partner Roberta Vinci. They have dominated the womens doubles scene for years, but they must put their friendship aside if they are to meet here. Errani however leads the head to head 6-3, and is currently the better player, so she should defeat her doubles partner to make the semi finals here.

Despite being the seventh seed here, Sloane Stephens is perhaps the biggest name in the final quarter of the draw. Once touted as a future star, Stephens has failed to kick on after a breakthrough tournament at the Australian Open 2013. The American now finds herself down at number 41 in the world with no sign of getting back to her late 2012/early 2013 form. Despite that Stephens should get through her first round match to meet Anna Schmeidlova in the second round. Schmeidlova made her first WTA final last week in Rio so she’ll be in good form this week, and I expect her to take out the 7th seed to make the quarter finals. Irina Begu will likely await the Slovak at this stage. Schmeidlova got the better of the Romanian last week, but that was on clay. It’s a difficult match to predict, but I will go with Begu in three sets.

Yeah, I have been boring and gone with the seeding here. Sharapova should win this without any trouble.