One of the newest stops in the WTA’s Asia expansion, the Dongfeng Motor Wuhan Open offers players fighting for a spot in the year end championships some much needed points. 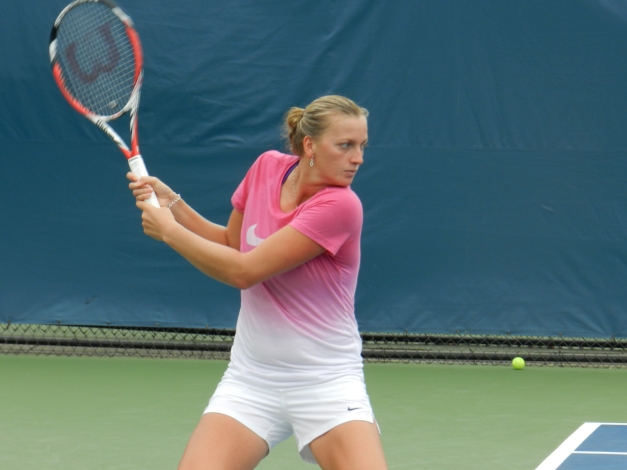 Petra Kvitova is the defending and only previous champion at this event, defeating Eugenie Bouchard in the final last year. 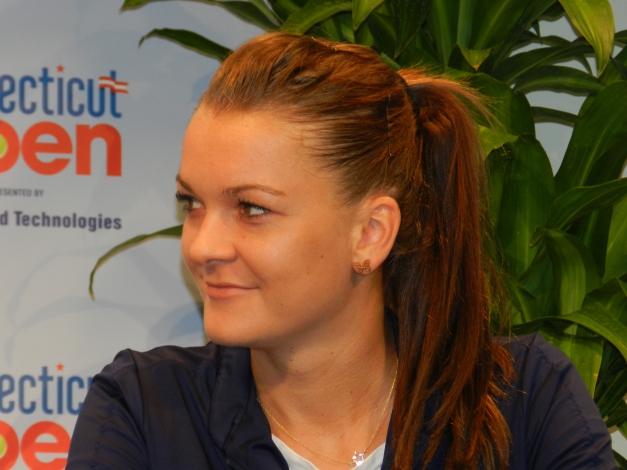 (10) Agnieszka Radwanksa vs Venus Williams
One player with Singapore dreams is Radwanska. The Pole made a good run in Tokyo and is looking to back up that form in Wuhan. However she has been dealt a tough draw in Venus, who is still dangerous despite being in the twilight of her career.

The American leads the head to head 7-4 and in general has had the advantage on the hard courts. Venus’ serve and power has proven tough for Radwanska to handle, but with Venus being at the latter end of her career it might be time for Radwanska to overturn that head to head.

A good clash of styles here, so it will be interesting to see if the finesse or power prevails. 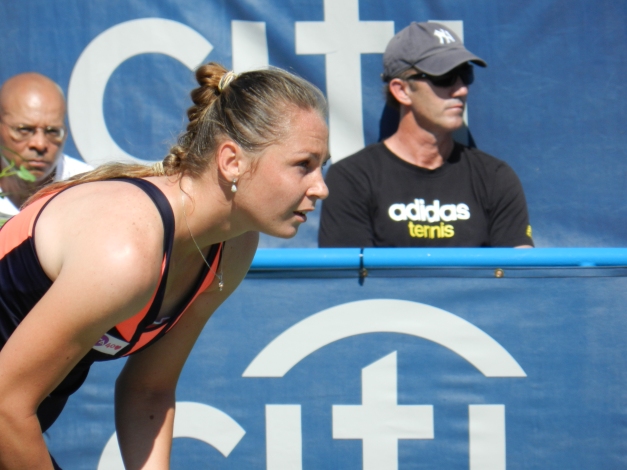 2015 promised so much for Keys when she made the semi finals of the Australian Open in January, but the young American failed to live up to that promise. Can she deliver a big result in Wuhan?

If she is to progress this week, she will have to find a solution to the tricky Rybarikova problem. The Slovakian has a lot of variety in her game that can cause Keys a lot of difficulty. Her slice in particular can be a very awkward shot to handle.
Keys has been able to cope with Rybarikova more often than not. She leads the head to head 2-1, but they have not met since 2013. Will there be any change? 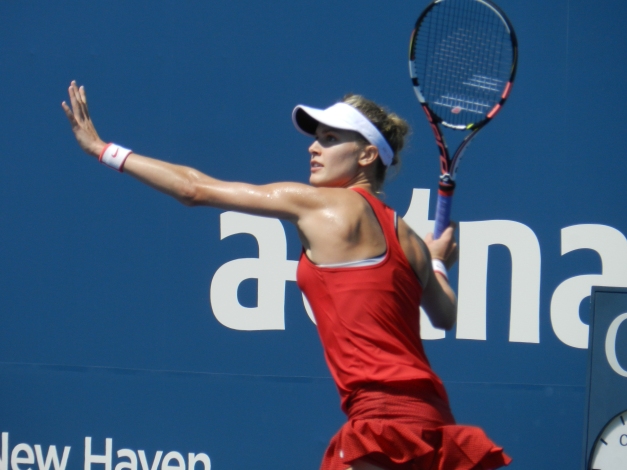 They have been drawn against each other again. No doubt the ‘money’ match of round one pits Bencic against Bouchard for the third time in a matter of months.
Bencic, who is fighting for a spot in the year end championships, had a good run in Tokyo last week and is beginning to fulfil that potential we have long known about. Bouchard went through a slump, but a good US Open run may have dragged the Canadian out of it. Unfortunately she slipped and banged her head, resulting in a concussion and a month out of the game.

The Swiss will welcome the Canadian back into action, though am sure it will be not be a warm one. Can Bencic inflict another loss on Genie, or will Bouchard get one on the board against the 18 year old?

Halep’s quarter
With Serena Williams electing not to play here, Halep finds herself as the number one player in the draw. The Romanian is coming in off the back of a straight sets loss to Denisa Allertova in Guangzhou. Was she conserving energy for the big events, or do we have reason to worry? We will not find out until Tuesday at least due to the opening round BYE. Anastasia Pavlyuchenkova or Svetlana Kuznetsova will await in round two, both of which you would fancy Halep to win but it will certainly be tricky. The other seed in this section is Andrea Petkovic, but it might be Victoria Azarenka that causes the most concern. Both play qualifiers so are in a round two collision course, but the form book does not favour the German.

Carla Suarez Navarro snapped her losing streak last week i9n Tokyo, but another loss straight after keeps her in terrible form. Luckily she can’t possibly lose to BYE can she? She can certainly lose to Monica Niculescu in round two, a player who gives you little rhythm. In fact, the favourite to advance from this section will be the winner of the Radwanska-Venus match. The winner of that faces either Alize Cornet or a qualifier in round two.

Kvitova’s quarter
Kvitova is back to defend her title after recent battles with mono. The Czech number one will open up against either Daria Gavrilova or Teliana Pereira, though you would expect it to be the Russian who has proven she has an upset in her. Roberta vinci will be playing for the first time since her US Open final run. The Italian will play a qualifier in round one, then either Zarina Diyas or Irina Begu in the second.
Karolina Pliskova is another year end championships contender, though with her results outside of slams it is difficult seeing where she can pick up points. The Czech is another player with a first round BYE, but faces a tough experienced player in round two. It will be either Sam Stosur or Mirjana Lucic-Baroni, both possess different sorts of tests. 12th seed Elina Svitolina is another young player seemed destined for the top 10, though she will likely have to wait until next year to make that jump. The Ukrainian faces wildcard Daniela Hantuchova first, then the winner of Varvara Lepchenko and Saisai Zheng.

Wozniacki’s quarter
Caroline Wozniacki has not had the best of years and is in danger of missing out on the top 10, but she likes the Asian swing so there is still time for her to pick up valuable points. Her seeding means a BYE in round one. In form Anna Schmiedlova or a qualifier will meet Wozniacki in the second round. Keys and Rybarikova could decide the potential round three for the fourth seed, though rising Frenchwoman Kristina Mladenovic might have a big say in that.

Struggling Spaniard, Garbine Muguruza is in danger of missing out on Singapore after a poor run since making the Wimbledon final. The fifth seed is searching for some good form, but Alison Riske or Sloane Stephens will not be willing to give her that. If Muguruza can make it through that one then she will likely face either Ana Ivanovic or Dominika Cibulkova. These two are on a collision course again after meeting in Tokyo. Cibulkova got the better of the Serbian for the second time in a month last week.

Sharapova’s quarter
Maria Sharapova’s injury plagued summer has finally come to an end, and the world number three is back as a wildcard in Wuhan. It will be interesting to see if the five time grand slam champion can show even a glimmer of the form we know she is capable of as injuries could still be in effect. Barbora Strycova or a qualifier will be the first to test the Russian on her return to action. She is then projected to face Sara Errani in round three, though the Italian could have her hands full with Caroline Garcia in round one, then either Lesia Tsurenko or Coco Vandeweghe in round two. Don’t be surprised to see the 16th seed fall early.

Premier Queen Angelique Kerber might be the favourite to make it out of this section then. She could potentially face an in form Jelena Jankovic in her opener. The German may also be on a collision course with young star Bencic, whose summer form has carried over to the Asian swing. The Swiss will faces Eugenie Bouchard in her opener, then the dangerous Camila Giorgi or Tsvetana Pironkova before meeting Kerber. 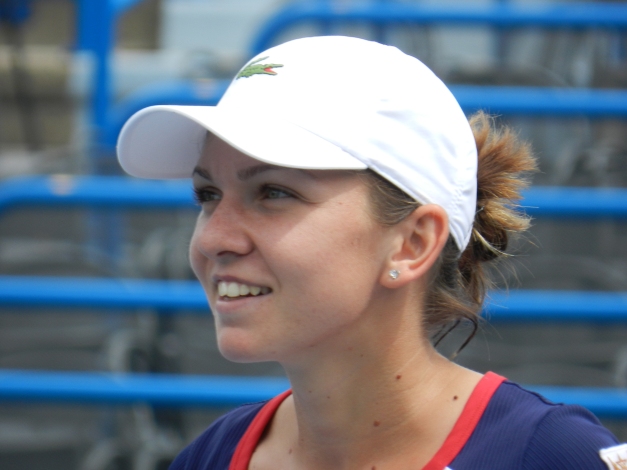 I am going with the number one seed in this one. Kvitova has had her struggles with Halep in the past and I can see Kerber advancing from the bottom section.