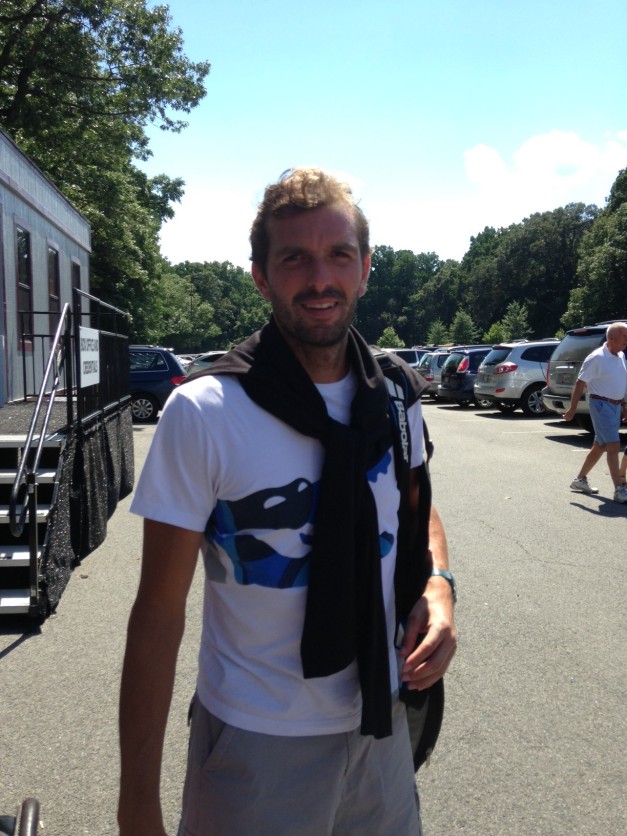 Shocks galore occurred during the qualifying tournament at the 23rd Open 13 in Marseille, France. Only one of the eight seeded players was able to win back-to-back matches to qualify for the main draw.

The field was headed by world No.112 Marsel Ilhan. The Turkish players have endured a poor start in 2015 after producing just one win in his first five tournaments of the year. Initially the top seed started off well in Marseille with a 6-4, 6-2, win over wildcard Clément Larrière. The win set Ilhan up with a showdown against Germany’s Mischa Zverev. Recently Zverev teamed up with his younger brother Alex in the doubles to reach the final of the Montpellier Open. Zverev continued his momentum from Montpelier with a 7-5, 3-6, 6-1, triumph over Russian seventh seed Karen Khachanov. Despite being ranked 63 places higher in the rankings than Zverev, Ilhan blown away by the German. Zverev won 84% of his total service points and converted 4/8 break points to take the match 6-3, 6-1, in under 50 minutes.

Julien Benneteau put behind a challenging 2015 with back-to-back wins in his home country. The 34-year-old missed nine months of the tour last year due to persistent injury. In June he underwent an operation to treat a problem with his groin. He returned to the tour at the Noumea Challenger where he reached the quarterfinals. Since his encouraging start, Benneteau has suffered three consecutive first round defeats. The wildcard began his Marseille campaign with an impressive 6-1, 6-1, win over Italian sixth seed Thomas Fabbiano. Benneteau produces 9 aces and won 82% of his first serves during his opening victory.

Next for the 34-year-old was world No.207 Tristan Lamasine. Lamasine stunned Edouard Roger-Vasselin in two close sets during his first match. Similar to his win over Fabbiano, Benneteau was once again impressive on his serving throughout his second round match. The French veteran produced 11 aces, won 87% of his first serves and faced no break points during his 6-4, 6-4, win over the 22-year-old. Benneteau will now be bidding to win his first main draw match on the ATP Tour since the 2015 Sydney International.

The only seed to triumph was eighth seed Kenny de Schepper. Last week at the Montpellier Open he reached the second round as a qualifier before losing to Michael Berrer. Schepper eased his way past Hungary’s Marton Fucsovics (6-4,6-4) to face Peter Gojowczyk. The world No.194 defeated third seed Daniel Brands in straight sets in his first match. Schepper’s second round encounter was a two-hour battle as the Frenchman edged past his German opponent 7-6(0), 4-6, 6-4.

Completing the trio of French qualifiers was Vincent Millot. Milot kicked-off his qualifying campaign with an impressive win over second seed Ruben Bemelmans. Milot was a break down in the third set before fighting back to defeat the Belgian 6-0, 3-6, 6-4. Bemelmans is the highest ranked player that Milot has beaten since Colombia’s Santiago Giraldo at the ATP Open de Rennes last October. The 30-year-old was on course to face fifth seed Go Soeda, however, the Japanese player lost in three sets to unseeded David Guez. Milot’s record against Guez stood at 2-5 prior to their showdown in Marseille, however, he won their most recent encounter in the first round of this year’s Australian Open qualifying tournament. The world No.196 continued narrow the head-to-head between the two men as he battle to win 7-5,6-7(5),6-1, to reach the main draw.