The WTA tour hits Eastbourne as the Wimbledon preparations conclude this week.

There are 16 seeds who receive an opening round BYE. Lucie Safarova is the last seeded player in the draw. 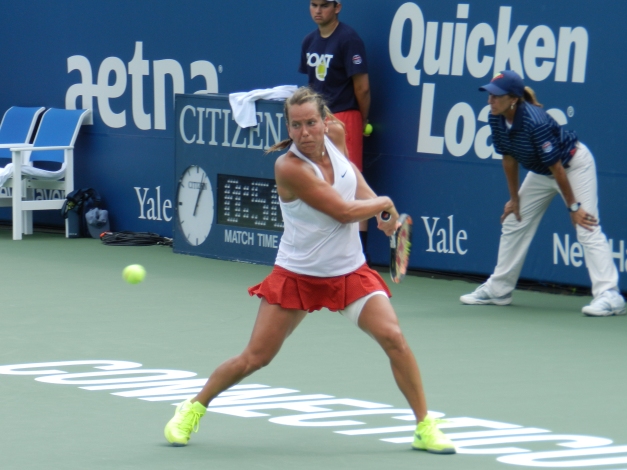 In a rematch of the Birmingham semi final in which the Czech  pulled out a three set victory, Strycova meets Vandeweghe for the second time in as many weeks in the first round of the Aegon International.

It is a nice contrast in styles with the crafty Strycova against the big hitting and heavy serving Vandeweghe. The American looked on her way to victory in Birmingham but Strycova fought back well to take a three set victory.

Vandeweghe’s extra day of rest might play it’s part however as Strycova has to play the final of Birmingham against Keys. Strycova’s game did manage to frustrate her though, will we see a repeat In Eastbourne? 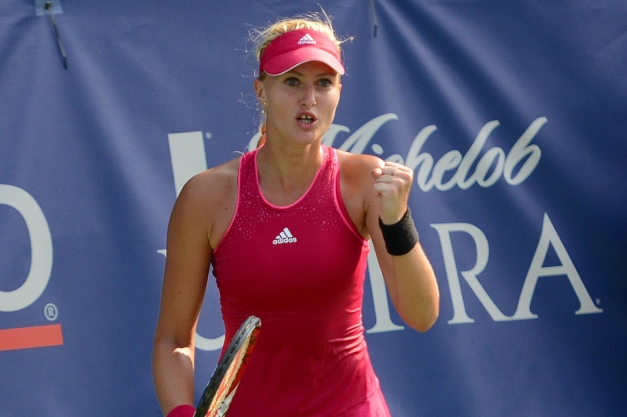 Both players have looked pretty good since the transition to grass and could set up an interesting match against Bacsinszky in the second round.

Wickmayer went to the quarter finals in Birmingham where she eventually lost to the in form Vandeweghe. Mladenovic made the final in ‘S-Hertogenbosch where she also lost to the American, so both players know their way around the grass.

Mladenovic leads the head to head 1-0, but that encounter was three years a go on the hard. Expect plenty of good all court tennis and rallies in what should be a close encounter.

Top seed Radwanska is still trying to find her footing on grass after an early exit in Birmingham last week Unfortunately shew could meet the very player that dumped her out of that tournament in the second round. Vandeweghe is possible, and if it is not the American it could be the in form Strycova. A tough draw for the Pole who could face an early exit. Irina Begu also lands here and will play the winner of Eugenie Bouchard vs a qualifier in the second round.

Kuznetsova has enjoyed a positive 2016 thus far and will look to continue her form on the grass. It’s not the Russian’s best surface though and Yulia Putintseva could make life difficult in the second round. Dominika Cibulkova will look to take advantage as the 12th seed, but she herself will have a testing round two against Daqria Kasatkina or Jelena Ostapenko.

Bacsinszky might just be many people’s pick for the title, but first the Swiss must navigate her way through a tough section. Mladenovic or Wickmayer will welcome her to Eastbourne. Former Wimbledon semi finalist Lucie Safarova is also in this section and could be a dangerous player in the draw if firing.

Stosur enters Eastbourne as the seventh seed after a positive clay season. Grass is not her best surface though, and she will meet either Alize Cornet or Caroline Wozniacki in the second round. Madison Keys is in red hot form on the grass, but her exploits in Birmingham could lead to withdrawal or  possible fatigue in Eastbourne.

Bencic is the defending champion here and returns as the third seed. The Swiss has been struggling with injury as of late though and  might find her title defence difficult. Heather Watson in front of her home crowd can be a difficult player to beat, and Elena Vesnina is a former champion here herself, so Bencic has a tough opening match. Anastasia Pavlyuchenkova  is the other seed in this section.

Suarez Navarro had a good tournament in Birmingham last week, but she was eventually stopped by Keys in the semi finals. The eighth seed has a rather kind draw in the second round, but Pliskova is a dangerous prospect in the third. The Czech faces either Daria Gavrilova or Anna Schmiedlova in her second round encounter.

Vinci comes into Eastbourne as the second seed but short of form. The grass could help her game though, and we will see an indication against Ekaterina Makarova in the second round. Sara Errani is a player that ahs never been able to really get it going on grass, and the 13th seed could find Andrea Petkovic too much in the second round.

Kvitova is normally a name you mention amongst the favourites in a grass court event, but the Czech has struggled with her form this year. Timea Babos and Camila Giorgi are both big hitters in their own right and could spring a surprise in the second round. Johanna Konta will look to repeat her exploits from last year, but faces a tough round two against Lesia Tsurenko or Laura Siegemund.

If Radwanska can get past her second round match then she will be well positioned to take the title here. The Pole is good on grass and has the experience to get through this field.