The final tuneups for Roland Garros 2017 are 250 stops in Geneva and Lyon as some of the ATP’s best players still feel the need to get in some match practice before Paris, while others are battling for critical ranking points. Here is your preview, with predictions.

Top seed and defending champion Stan Wawrinka should survive an opening match against either a struggling Joao Sousa or Rogerio Dutra Silva. Sousa has lost five straight while RDS comes off a challenger final. Wawrinka has been poor on clay this year, going 2-3, but he should defeat veteran Tommy Robredo in the quaterfinals. The veteran dirtballer will face Franko Skugor, then Sam Querrey or qualifier Daniel Altmaier, a German teen making his ATP debut. Querrey is a bit of a dark horse this week as he did win some matches in Rome, but Wawrinka over Robredo is a sensible choice.

Although he’s lost two straight matches, Albert Ramos has been good on clay this year and faces Andrey Kuznetsov first up. In the quarterfinals he could face a resurgent Ryan Harrison, although Harrison as a difficult round 1 match against Janko Tipsarevic, who has been hot at the challenger tour level. Germany’s J.L. Struff and Cedrik-Marcel Stebe are also here, with Harrison my choice for the quarters, falling to Ramos at that stage.

Kei Nishikori, 6-3 on clay this year, should ease past either Mikhail Kukushkin or qualifier Roberto Marcora, who is making his ATP debut at 27 years old. Italy’s Paolo Lorenzi, the consummate dirtballing grinder, will face big server Kevin Anderson in an interesting round 1 matchup. Anderson is in better form, but Lorenzi can’t be discounted on clay and I have him winning in an upset, going on to defeat either Jared Donaldson or struggling veteran Victor Estrella to reach the quarterfinals. Presuming he doesn’t tank for Paris, Nishikori should reach the semis.

Coming off Semis in Rome, John Isner should beat Robin Haase or Mischa Zverev, who opted for qualifying in Geneva, Horacio Zeballos and Steve Johnson look set for a great round 2 match, Zeballos form is superior, while Johnson is finally in Europe for clay. Zeballos probably has the edge over Isner in the semis given it’s clay, but it will be a difficult match to predict, and this whole section is interesting in terms of form.

The unseeded Zeballos has a semifinal and a quarterfinal on clay in his last two tournaments and is a skilled clay courter. He’s not the most talented player on tour but he fights hard for every point, and with other players perhaps looking ahead to Paris, Zeballos is the type of relative journeyman that would focus on trying to take a 250 title over competing in a slam, where he can’t expect to make a deep run. Look for Zeballos to have a good week that could finish with a trophy.

Typically I wouldn’t pick Ramos and Zeballos as winners against elite players like Wawrinka and Nishikori, but they should be more focused on this 250 and are great on clay. Ramos being the favorite for the title if this is the result we end up with. 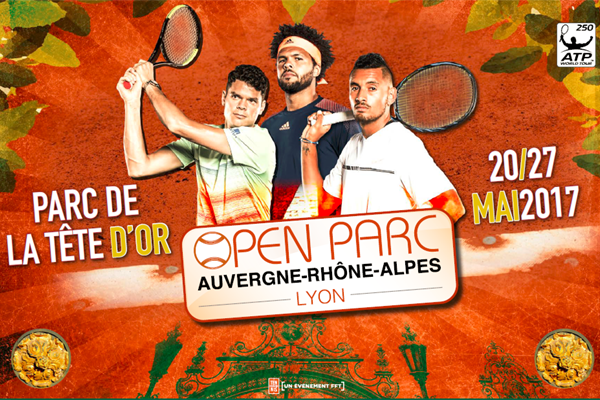 It’s hard to not anticipate a quarterfinal match between Milos Raonic, the top seed, and Juan Martin Del Potro, a quarterfinalist in Rome. Raonic has had a productive clay season, reaching a final and a quarterfinal in recent outings, Raonic will face Thanasi Kokkinakis or Denis Istomin, Kokkinakis returning to tour after injury woes. Del Potro gets Marcel Granollers, who is a poor singles player these days, followed by either Gastao Elias or Radu Albot. Del Potro should probably defeat Raonic in the quarterfinals given the surface, but it’s a close match to tip either way.

The good but not great Tomas Berdych will face either qualifier Hyeon Chung, or Donald Young. Berdych should watch out as Chung reached quarters in Barcelona and the semis in Munich and is a dark horse in this tournament. The winner of Berdych/Chung will get either a struggling Gilles Simon/Daniil Medvedev or Kyle Edmund/Thiago Monteiro, with Edmund well positioned to reach the quarterfinals before falling to Berdych at that stage.

Another home hero, Jo-Wilfried Tsonga, is the #2 seed, presuming he’s healthy he should beat Steve Darcis/Carlos Berlocq, although Darcis is coming off a clay challenger title and has been playing well. This is a weak section as Jordan Thompson upset Benoit Paire and awaits the Karen Khachanov/Nicolas Mahut winner, with Tsonga likely to beat Khachanov in the quarterfinals as long as his shoulder is sorted out.

Nick Kyrgios would love to have a great week in France, while Nikoloz Basilashvili awaits the Andreas Seppi/Damir Dzumhur winner after upsetting Borna Coric round 1. Kyrgios, who has played just one tournament on clay this year, should beat Dustin Brown/Nicolas Kicker and then any of his quarterfinal opponents, as I have Basilashvili defeating the veteran Seppi, after Seppi beats Dzumhur.

If Chung can defeat Berdych he should reach at least the semifinals, and perhaps could have a career best week, as other players will be focusing on Roland Garros. Chung has the talent, and the mentality to be great, he’s just had to develop his game to move up the ATP ladder.

Del Potro and Tsonga should have good weeks, although a Berdych/Kyrgios final would not surprise me. Presuming Tsonga is healthy, he should be the favorite playing in France with the crowd behind him, but don’t count out Del Potro’s power.

One comment on “2017 ATP Geneva and Lyon Preview and Predictions”