We have reached the Big Apple for the final grand slam of the year and there is not only the US Open to fight for, but also the world number one ranking.
128 will enter Flushing Meadows, but only one woman will be crowned champion at the end of the fortnight. Here is a rundown of the draw for the 2017 US Open.

World number one Karolina Pliskova has finals points to defend here and it is likely she will have to make that stage again if she is to keep the top spot. The Czech has a good draw ahead of her though with the first seeded player being Shuai Zhang. Kristina Mladenovic is projected for the fourth round, but the Frenchwoman’s lack of form and fitness issues may lead to another early exit. Look for Barbora Strycova to take advantage and possibly meet her compatriot in the round of 16.

The bottom half of this quarter seems more stacked and closely contested than the top half. Svetlana Kuznetsova is the highest seed and should be good enough for the third round at least. From there, it could get interesting with Anett Kontaveit, Lucie Safarova or Cici Bellis waiting in the wings. Agnieszka Radwanska is yet to break her Grand Slam curse, and if she is to do so here she will do it as the tenth seed. Coco Vandeweghe is her biggest test before a potential fourth round against Kuznetsova. 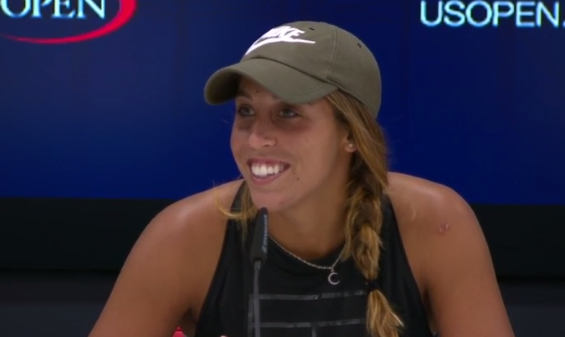 Elina Svitolina is one of the tournament favourites for the US Open as she looks to claim her first Grand Slam title. The Ukrainian has a tough opener against Katerina Siniakova, but the third round clash with the in form Daria Gavrilova could be her toughest first week opponent. Round four is projected to be Madison Keys, but she has a tough first round against Elise Mertens to worry about first. Elena Vesnina is the first seeded opponent for the American.

Angelique Kerber is the defending champion here, which is hard to believe given how underwhelming she has been in 2017. The German faces big hitting youngster Naomi Osaka in one of the picks of the opening round matches. Lesia Tsurenko is the first seeded opponent she will face, but things get really interesting in round four as Kerber could face French Open winner Jelena Ostapenko. Anastasia Pavlyuchenkova has also landed in this section alongside dangerous unseeded player Daria Kasatkina.

Third Quarter
Garbine Muguruza has been in good form since Wimbledon and is in many people’s mind the favourite to go the distance in New York. The Spaniard has a good draw to the second week with Magdalena Rybarikova being the toughest opponent before round four. Petra Kvitova is projected to face Muguruza at this point, but her inconsistency could open the door for Caroline Garcia to make the second week of a third straight slam.

The US Open might be Caroline Wozniacki’s best shot at winning a maiden Grand Slam crown, and with the openness of the draw, she could very well go all the way. The Dane has some dangerous players in her section such as Ekaterina Makarova and Mirjana Lucic-Baroni. Venus Williams has an outside shot of claiming the number one ranking if results go her way, and given her form this year you can not rule out the elder Williams sister prevailing. Venus plays Kiki Bertens in round three, her toughest opponent before the potential Wozniacki clash.

Bottom Quarter
The bottom quarter of this draw features the headline match of the opening round as Maria Sharapova faces second seed Simona Halep. It is not an ideal draw for either player, but it is the pick of the round one matches for the fans. Outside of the opening round, the draw looks good for the winner. Sevastova is the trickiest player in the section and is projected for the fourth round.

Johanna Konta has not had the best preparation for the US Open, but the Brit is still among the outside favourites for the title. Konta’s toughest match in the first week comes in the form of Germany’s Julia Goerges, a big hitter who has resurged somewhat this season. Dominika Cibulkova will be hoping for a good grand slam run at Flushing Meadows, but she has some tough matches including Sloane Stephens in round two and Ana Konjuh in round three.

For the most part I believe the seeds will hold up. There are many players capable of upsets, but they are so inconsistent, it is hard to back them. The only non top eight seed I have predicted to make the quarter finals is Venus, but that could easily be wrong too.

The top four seeds are the strongest players in the draw and I believe they will fill out the semi finals in a rarity for the WTA.

These two matches can go either way but I have favoured the fourth and third seeds to get the job done. Pliskova will feel the pressure of keeping her ranking whilst Muguruza has a good record against Halep.

I have predicted this final before at the French Open and somehow I have done it again. The draw can go either way, but Muguruza’s form should carry her far and the Spaniard seems to step up in the latter stages. That is why I have gone for her to win the final and take the crown. She seems much better at handling pressure after winning Wimbledon, and she can do well here despite her poor record.