Clay season arrives in style  with the Porsche Tennis Grand Prix in Stuttgart. The field is always stacked here as the top players aim to find their footing on the clay and this year is no exception. It is one of the best tournaments of the year, so let’s get to it. 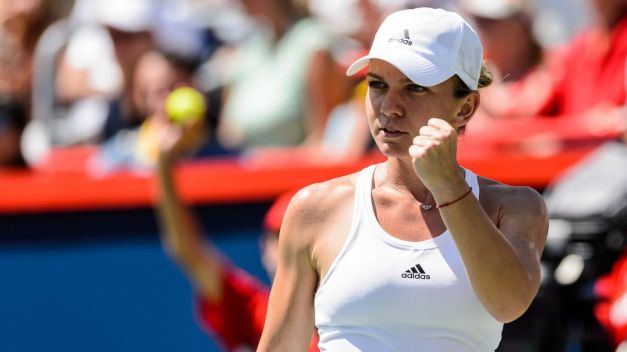 Simona Halep goes into the tournament as the number one seed and arguably the favourite to go all the way. The Romanian is considered to be the best clay courter on the tour by many people, but she is yet to add a French Open title to her collection. Building momentum for Roland Garros is a big aim during this stretch of the season and it starts in Stuttgart. Daria Kasatkina is the likely second round opponent which is a difficult starting match for anyone, but she is also probably her biggest test in this section.

Sloane Stephens has also landed in this section as she aims to kick off her clay court season. She is coming in off the Fed Cup semi final against France and that is why it is funny she has drawn her team-mate Coco Vandeweghe in the first round. Laura Siegemund, who has made big runs here in the past, is a potential second round opponent.

Halep is the strongest clay courter in this section, and despite some tough challenges early on I think she should come through this section.

Elina Svitolina is another player who comes into this tournament as a favourite to go all the way. The Ukrainian is usually very efficient at picking up titles such as Stuttgart so she should come into the tournament with a fair degree of confidence. After her opening round BYE, Svitolina will face the winner of Julia Goerges vs Anastasija Sevastova, two players who have a complete contrast in styles. Goerges will have the home crowd cheering for her and the indoor conditions favour her powerful game, but Sevastova is a tricky player who is hard to hit through.

Caroline Garcia has not kicked into gear in 2018, but she is a very capable clay courter who can do a lot of damage here. She has got the Sharapova draw however in one of the most high profile round one match-ups. The winner of that match should be a safe bet for the quarter finals with Antonia Lottner or a qualifier waiting in the wings.

There is plenty of talent in this section, but I have Svitolina being too stable for an erratic Garcia in the quarter finals. 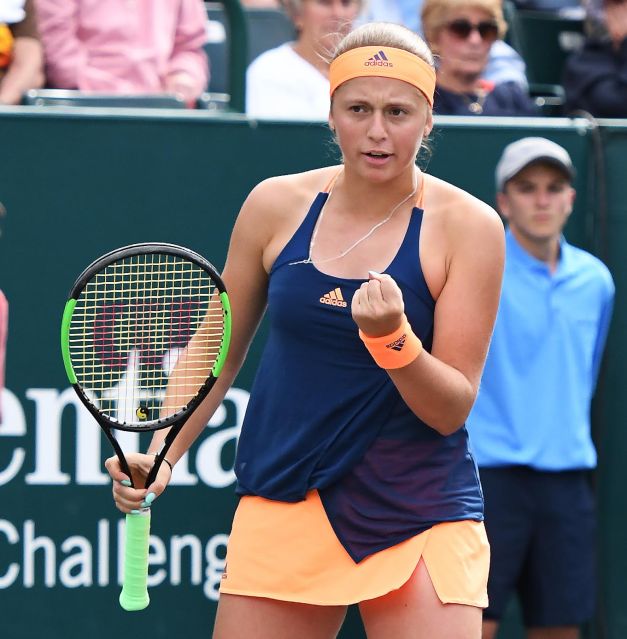 French Open champion Jelena Ostapenko will be happy with the draw she has gotten here. The Latvian has points to defend with her French Open win and this is a tournament where she could make some up and get some nice form heading into Roland Garros. She has a BYE then the winner of two qualifiers in the second round, so despite being inconsistent, you have to favour the Latvian to get through.

Karolina Pliskova has not had a great start to 2018 and clay is not her best surface. However, you can not count the Czech out. The fifth seed opens against Kiki Bertens, a very capable clay courter who can do a lot of damage during this stage of the season, then potentially faces Carla Suarez Navarro in the second round.

This is a section where we could see an unseeded player come through. Bertens comes alive on the clay and given Pliskova’s struggles in the surface we could see an upset there. Ostapenko is also very inconsistent in matches so I think the Dutchwoman will prevail here.

This is a stacked quarter headlined by Garbine Muguruza. The Spaniard is on her best surface again fresh off a title win in Acapulco so will have a degree of confidence heading into Stuttgart. However her section is stacked with power players, bot least of which is Madison Keys who she could face in the second round. Muguruza will need all her clay court prowess this tournament due to players being able to outhit her in this section.

Petra Kvitova is the other seed in this quarter and she will be one half of another big round one match against Germany’s own Angelique Kerber. The former champion has had a resurgence this year and is playing like a top 10 player once again after a disappointing 2017. The winner faces either Kristina Mladenovic, last year’s finalist or Anett Kontaveit , a dangerous big hitting Estonian. There is not easy match-up in this section.

With the home crowd advantage and being a former champion, I fancy Kerber to make her way through this section. We do not know which version of the other women will show up, so I think the more steady Kerber will fight her way past Muguruza in the quarter finals.

As usual, Stuttgart is stacked and difficult to call but I am going with the number one seed to overcome the home favourite in the final.