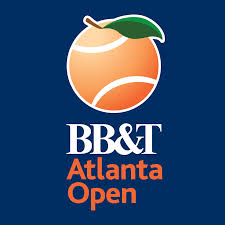 The four qualifying slots will be filled upon the conclusion of the main draw qualifying tournament this weekend at the 2018 BB&T Atlanta Open. Here is your look at the qualifying action.

The top seed in qualifying is Denis Kudla, Kudla had a relatively good grass court season and enters qualifying after losing his second match in Newport. His first round opponent, journeyman J.P. Smith, qualified for Wimbledon but overall has struggled to make a mark this season. Kudla has a good h2h and should be favored.

Top high school recruit Garrett Johns, a Duke commit, faces off with one of the many Australians in this draw, Alex Bolt. Bolt’s experience should give him an edge. Kudla should be favored to advance from this section.

Columbus State college player Kiranpal Pannu, who won the wild card challenge, will open with Thanasi Kokkinakis. The ATP Next Gen star returned from injury this year. Other than a round of 32 result in Miami he’s struggled to cement himself back on the main tour, but he should be favored in this match.

Hubert Hurkacz qualified for Wimbledon and is another next-gen player looking to find some main tour success. The young Pole faces formerly top 50 Ilya Marchenko, who is returning to tour after a few months off, having lost 5 straight matches in 2018. Hurkacz should be favored in round 1, but his match with Kokkinakis looks like a toss-up.

Jason Jung is at a career high ranking (131) and he’s been in fantastic form lately, reaching a challenger final and the quarters in Newport. Jung should be favored against the steadily improving local favorite Chris Eubanks who reached the top 200 this season.

Noah Rubin has won a pair of challenger titles this year, he’ll face a struggling Evan King in the opening round, either Rubin or Jung should qualify from this section.

Bernard Tomic returned to tour in May after limited action between the Australian Open and that point. Tomic has been playing relatively well and should be favored against a less accomplished Tommy Paul, who currently sits outside the top 200.

French Open qualifier Mohamed Safwat should be favored against Prajnesh Gunneswaran in the opening round. Safwat is the top ranked Egyptian player and reached a career high rank of 163 this season. Tomic will be the favorite from this section.