Though nothing was more exciting than a Federer-Djokovic semifinal in Paris, there was some impressive tennis on display in North America, and fittingly, there’ll be a Canadian-American final on Sunday.

Peter Polansky was a finalist at the Charlottesville Men’s Pro Tennis Challenger in 2013, and five years later, he looks to do it again. The Canadian eased past fan favorite Thai-Son Kwiatkowski in straight sets today, 6-2, 7-6(4), to advance to tomorrow’s final against Tommy Paul. 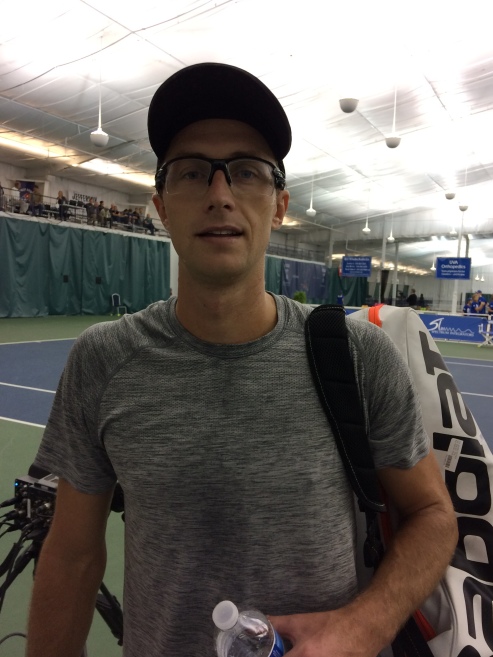 Post-match, Polansky opined about facing Paul in the final. “I think it would be (fun)”, he said. “He’s a very animated guy and has a lot of passion out there and personality. I’ve played doubles with him in only one tournament (Columbus) but we won it, so we had a good time there.”

Tommy Paul is a giant slayer and the lucky loser’s reputation to pull off the upset continued in Charlottesville today as he overpowered top seed Bradley Klahn, 6-3, 6-4 in a little over an hour after knocking out 3 seed Ivo Karlovic last night. Paul is now 9-2 in his last 11 matches on hardcourts, and the 2015 Charlottesville finalist finds himself in his first final of the season. “It should be fun and we’ll make it competitive, for sure,” he said of playing Peter Polansky for the first time. “It’s going to be a good match and a lot of fun to watch.”