Cincinnati–It was a quiet morning in Ohio farm country as I drove down I-71 on a cool Saturday and then…the man came on the radio to talk about the Western & Southern Open matches. After rolling through the local talent in the tournament like Lauren Davis, John McNally and JJ Wolf, the WLW sports reporter said “and Monica Puig, who is the girlfriend of the Cincinnati Reds’ Derrick Dietrich.” I almost spilled my YooHoo. They had just mentioned that Lauren Davis was once the Ohio state high school tennis champion but they couldn’t say anything about Puig’s gold medal at the 2016 Summer Olympics or the fact that she’s the first athlete in recorded history to win a medal under the Puerto Rican flag? WTH. 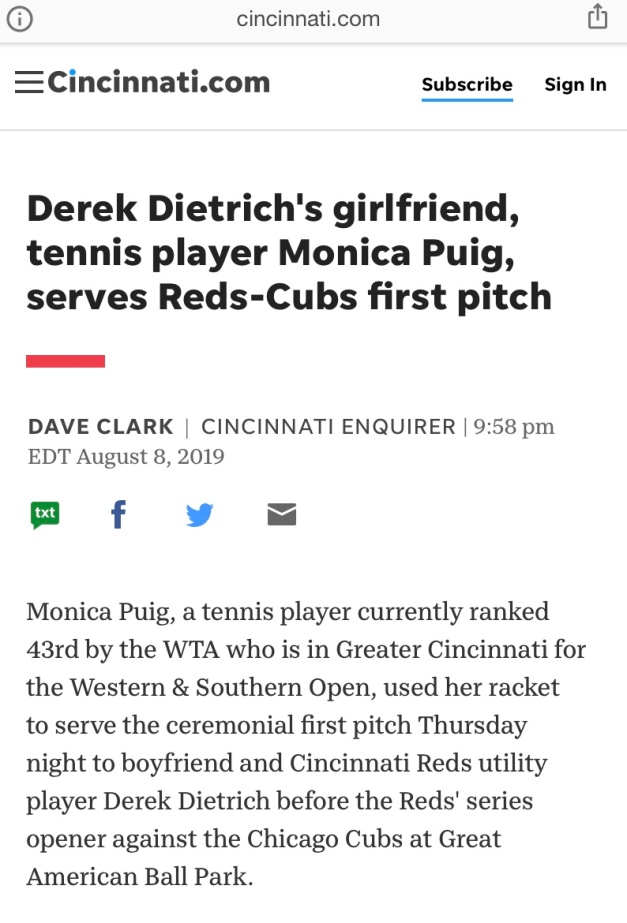 Puig, with her lesser-known boyfriend in attendance, persevered in the wilting sun in three sets and vanquishing Anastasia Potapova in a comeback win 6-7, 6-1, 6-4. She dropped to the court after the match and didn’t stick around long after winning the match as she clearly wanted to get out of the sun. It was less than her best tennis as she didn’t win 70% of her first serves until the third set. But it was good enough to put her up against American Jennifer Brady in a qualifying final tomorrow. 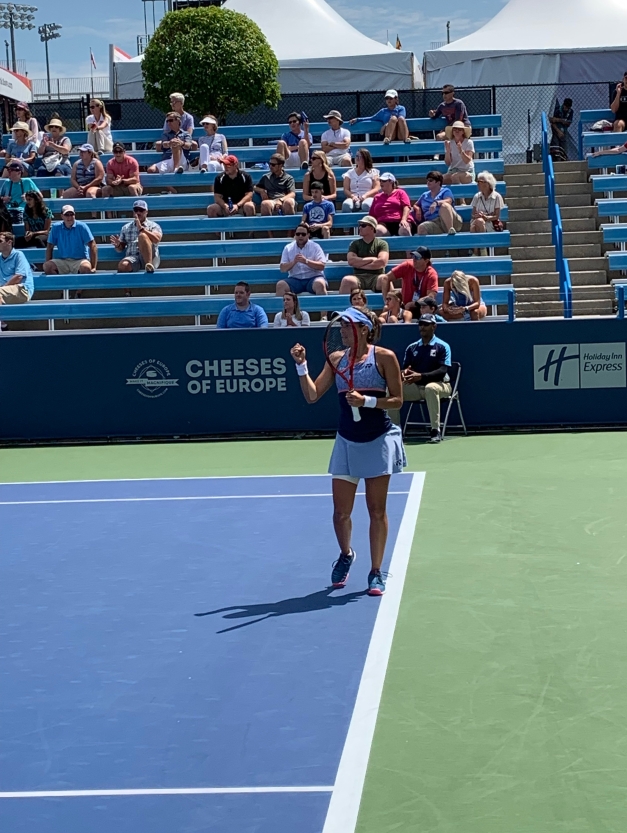 It’s a common sport to talk WAGs (Wives and Girlfriends) in sports, but Puig’s no WAG. She won freaking Olympic Gold three years ago. In fact, she won that medal and came to Cincinnati to announce that she was withdrawing from the tournament that year straight out of Rio. You don’t remember that, Cincy sports media? WLW, the Voice of Cincinnati, either do your homework (google) or keep your mouth shut.