@DenisKudla Gets Wild Card @CitiOpen; D.C.’s Own Will Be Dangerous In The Draw

@DenisKudla Gets Wild Card @CitiOpen; D.C.’s Own Will be Dangerous in the Draw 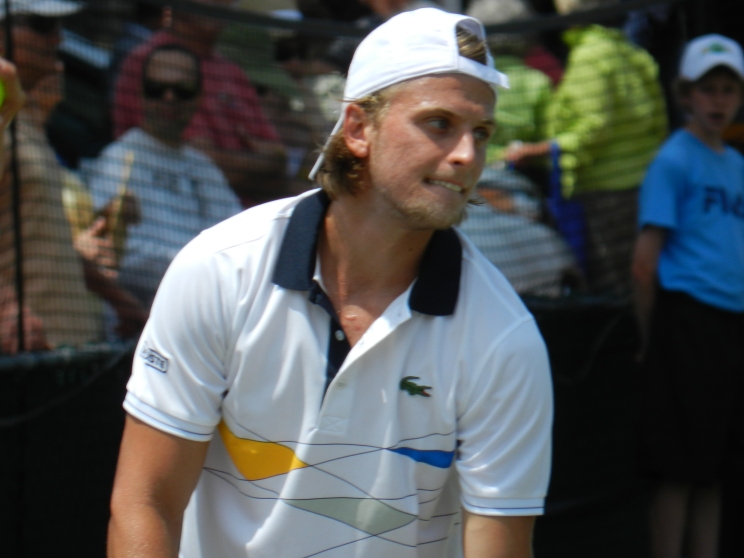 Kudla is Newport-bound this week

The 20-year-old Arlington, Va., native is currently ranked a career high No. 105 on the Emirates ATP Rankings, and is poised to make his debut in the top 100 after Wimbledon this year. He returns to the D.C. tournament main draw for a second time in his career.

“I have grown up watching and attending the Washington, D.C., tournament,” Kudla said. “Having the opportunity to play in the main draw of the Citi Open in front of my hometown fans is really exciting.”

Born in Kiev, Ukraine, Kudla trained at the Junior Tennis Champions Center in College Park, Md., from the age of 8 to 18. So far in 2013, Kudla qualified for both the French Open and Wimbledon—where he reached the second round of a Grand Slam for the first time in his career. This year, he also reached the quarterfinals at the Aegon Championships in London where he defeated the No. 25 ranked player in the world in straight sets (6-3, 6-4). He has won three ATP Challengers titles in his career and reached the quarterfinals of the 2011 ATP World Tour 250-level event in Newport.

The Citi Open wild card is a big boost for Kudla’s career at this point. Though I didn’t report it last week, it was obvious when I spoke with Citi Open Tournament Director Jeff Newman that Kudla was under some serious consideration for a wild card. His first Grand Slam main draw win last week apparently sealed the deal. Citi Open Wild Cards are not easy to come by, as most are reserved for last minute acceptances by top 30 players.

Denis will be an instant crowd favorite and will lure many fans to Rock Creek Park just to see him play. He has hundreds of colleagues, friends and hangers-on from his younger days at College Park. Unlike other players who are granted wild card after wild card, it’s clear that Denis has earned and justified this wild card. Let’s hope he pulls a big run in D.C. later this month.

Kudla will compete against some of the world’s best at the Citi Open—the main draw for the men’s singles features an impressive 17 players in the top 50 of the Emirates ATP Rankings. The list includes World No. 7 Jo-Wilfried Tsonga; No. 11  Kei Nishikori; No. 13 Tommy Haas; No. 15 Canadian Milos Raonic; top Americans Sam Querrey and John Isner; defending champion Alexandr Dolgopolov; fan favorites James Blake, Mardy Fish, Gael Monfils, Lleyton Hewitt; and many more.

—S. Pegarido contributed to this report